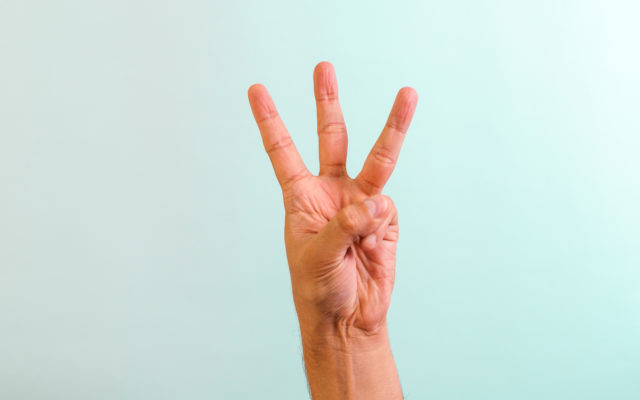 Bitcoin has bounced back above the $10,000 level, gaining over $700 since Sunday. Here are three of the main drivers for why the dominant cryptocurrency is rallying right now.

While Bitcoin started as a decentralized digital currency meant for peer-to-peer transactions, crypto exchanges reshaped the coin’s flow by handling most of the trading. Now they propose various approaches to get indirect exposure to BTC, especially through derivatives.

Yesterday, Binance announced the arrival of its new crypto futures trading platform. However, the company run by Changpeng Zhao (CZ) has more options. Binance will run two standalone testnet platforms until September 8. In the meantime, users will vote which of the two deserves to go live.

Elsewhere, Bitfinex users noticed that the crypto exchange had launched two derivative instruments with the tickers BTCF0/USDt0 and ETHF0/USDt0. The so-called “perpetual contracts” became available after a system upgrade during which Bitfinex was down for several hours. The derivatives allow users to trade with up to 100:1 leverage.

Both announcements might have had a significant impact on the Bitcoin price, as Binance and Bitfinex are among the most popular crypto exchanges out there. As at 12:16 UTC, Bitcoin is up 6% on the day, trading at around $10,416. 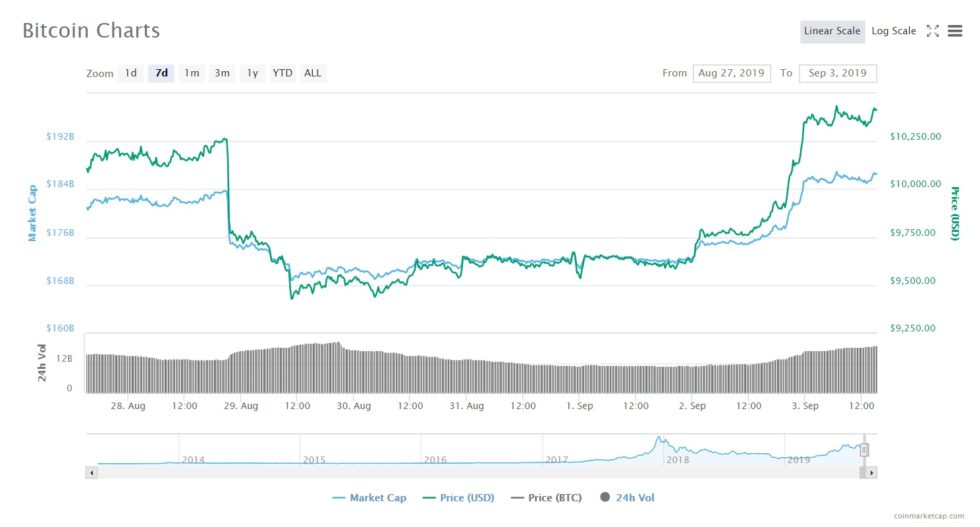 Besides the derivatives offered by Binance and Bitfinex, ICE-backed Bakkt is gradually launching the first Bitcoin futures trading platform with physical delivery.

In a previous post, we explained that one of the reasons behind Bitcoin’s bearish trend was the whales who were trying to put pressure on the price to buy cheaper ahead of the Bakkt launch.

Consequently, the Bitcoin price is driven at this time by the same whales who decided to reverse their stance. While it’s true that Bakkt doesn’t approve crypto deposits yet, the whales are forced to stop acting as bears as the community is positive about Binance and Bitfinex.

Tether Printing Another Batch of USDT

Bitcoin price might also be getting a boost from newly minted Tethers entering the market. On Monday, Twitter user Whale Alert reported that the company moved about $7 million worth of USDT from the Tether treasury to an unidentified wallet, and has minted a further $10 million today.

There is a strong correlation between USDT minting and the price of Bitcoin. Many analysts accept that the USDT market front runs the Bitcoin market, and plays an important role in propping up the leading cryptocurrency’s value. A boost in USDT supply suggests more liquidity and trading activity to come for the Bitcoin market.

Do you think Bitcoin has consolidated above the $10,000 level? Share your thoughts in the comments section!

The post 3 Reasons Why Bitcoin Price Has Surged $700 This Week appeared first on Bitcoinist.com.