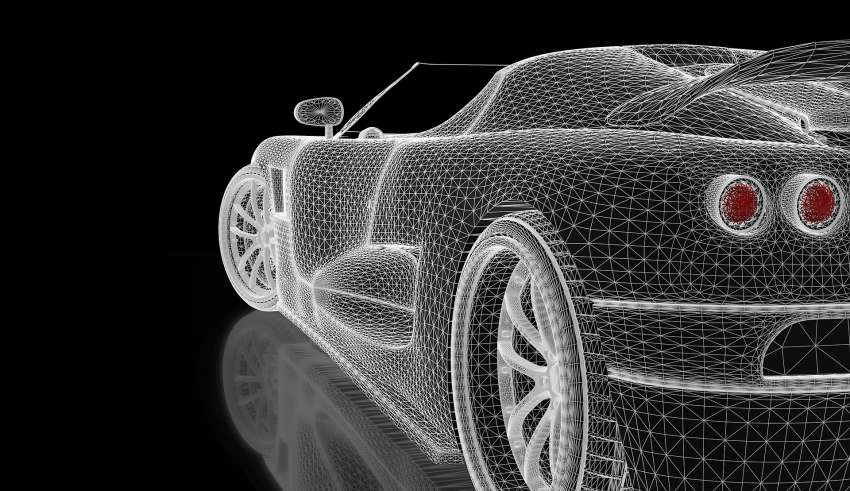 Significant usage and presence of Autonomous vehicles (AV) or self-driving cars is coming in the near future. With the possession of the potential to revolutionize the transportation sector, there comes a lot of scope with the prevalent usage of self-driving cars.

However, it would be imprudent to think that the existing Artificial Intelligence and machine learning has been developed to the extent that AV can be deployed on the roads without any safety hindrances. Although there exist technologically updated sensors and cameras in self-driving cars to prevent accidents, it has not evolved enough for mass consumption.

Where are self-driving cars going wrong?

Although not directly, blockchain possesses the ability to increase the safety aspect of self-driving cars. AVs use big data which is in the form of transactions that have to be thoroughly examined, analyzed and interpreted which is the entire premise of their functioning. The mere existence of such data makes it prone to cyber hacking.

In the conventional usage of self-driving cars, information such as user name, address, pick up and drop off points, are used which could drive hackers to break into the system, thereby gaining access to it. There also exists a possibility of terror-based cyber attacks on these cars which could cause large-scale catastrophe, especially when the cars are designed to be controlled by a centralized body. This issue is something which even something as developed as AI cannot prevent from happening. Apart from this, there always exists a threat of a system breakdown triggered by connectivity issues that could potentially cause many accidents.

Is decentralization the savior?

The integration of blockchain technology into self-driving cars seemingly addresses a lot of problems. Blockchain ensures transparency and accuracy of transmission of data, which can drastically reduce the number of accidents. The decentralized ledger can verify the level of accuracy of data that the AV obtains, thereby removing any room for error. This data will also be stored securely in the blockchain which will prevent any manipulation of transmission between the parts of the car. Given its immutable nature, it becomes very difficult for anyone to hack all computers associated with the blockchain technology. In addition, the integration of blockchain technology would mean that the chances of a system failure or collapse is minimal as connectivity would not be an issue.

Now coming to passenger data, highly confidential user data will be stored in the secure ledger of blockchain, which will make it impossible for hackers to gain access to their personal data and use it against them. Thus any misuse of information can be successfully averted. Moreover, smart contracts would ensure that the exchanging, securing and confirmation of data related to payments and transactions is a smooth process. The decentralized technology could also solve any disputes that arise in terms of payment as taxi drivers’ financial records will be stored and can be tracked. Thus something like e-wallets would keep a user’s transaction data safe and reliable.

Blockchain can pace the self-driving cars to advance to their level 5 autonomous stage. Its timestamp feature combined with GPS will be recorded for later analysis. This data will be analyzed by manufacturers and application developers to enhance road safety while providing apt services. Manufacturers, consumers and application developers will be able to use this data to study traffic patterns and risk assessment for enhanced safety measures and better services.

Blockchain technology will particularly enhance connectivity between the car and the controller. Say, for instance, it will enhance the car’s independence and ability to work without the driver — to dodge traffic without the need for him/her to apply brakes and monitor control. The integration of blockchain to self-driving cars, although unprecedented, poses too many advantages for it to not be in the picture at all.

As reported in 2018, General Motors (GM) filed a patent application to advance the use-case of blockchain beyond the financial sector to autonomous and non-autonomous vehicle technologies. The patent shed light on the potential of the technology to manage interoperable data systems in the driverless vehicles.

Blockchain is increasingly making an impression within the automotive industry in general. Previously, German insurance group Allianz and Deutsche Bank partnered with Berlin-based car exchange Auto1 as the auto industry knocked the doors of blockchain. Moreover, in 2018, a consortium of the world’s largest car producers (BMW, General Motors, Ford, Renault) and technology startups launched the Mobility Open Blockchain Initiative to explore the potential of blockchain in mobility. MOBI was also aimed at examining the prospects of autonomous cars and ride sharing.

The integration of blockchain technology to apply the principle of peer-to-peer value exchange will allow the physical transport in a driver-less car, in a secure cashless way. Apart from this, monopolistic domination of this sector could be potentially avoided by companies such as Tesla, Uber etc. A decentralized network, here known as Decentralized Autonomous Vehicles (DAV) would mean any company, large or small, can affiliate their solutions without having to raise the level of funding of the aforementioned companies.

This is particularly important, considering the size of the sector, accumulation of all aspects of an AV under one company is not practically beneficial. Furthermore, the involvement of more number of companies making significant contributions increases the potential avenues for a big breakthrough. What this essentially means is that no two companies will compete against each other and there will not be the development of parallel infrastructures. Instead, the various companies will work together and come up with the best possible solutions for all aspects of the driver-less car while giving more participants control over the direction of innovation, thereby rising in prominence. Companies will not have to invest their funds for aspects such as fleet but concentrate on the more significant aspects. With blockchain technology storing and securing the data, its transmission between the various parts of the driver-less car becomes an easier endeavor, and mass usage of AV will come a step closer to reality.

John Frazer, an Ethereum Foundation veteran who is now involved as CCO of the Decentralized Autonomous Vehicles Foundation said,

“The DAV protocol refers to a set of interconnected systems that create an open-source transportation infrastructure. The entire network is predicated on these protocols, making it highly scalable and ensuring it has no single point of failure. By decentralizing protocols around communication and transactions and open sourcing its technology stack, DAV fosters cooperation in an otherwise severely fragmented industry. Access to the DAV Network is permissionless; new players can enter the market and quickly scale up their participation in the transportation economy.”

With the rapid involvement of the transport sector in our everyday lives, mass usage of self-driving cars is no more practically unfeasible. This coupled with the already evolving blockchain technology will be the icing on the cake. The mutual benefit is technological development and advancement as a whole. But the most important obstacle that blockchain associated self-driving cars will have to overcome is the traditional mindset of people and their uncertainty regarding the rapidly developing technology. The day we see self-driving cars running on the road isn’t far away, and hopefully, blockchain technology will be able to provide the infrastructure in the coming years to develop a safe, secure and economical solution and make sure that that day becomes a sooner reality.