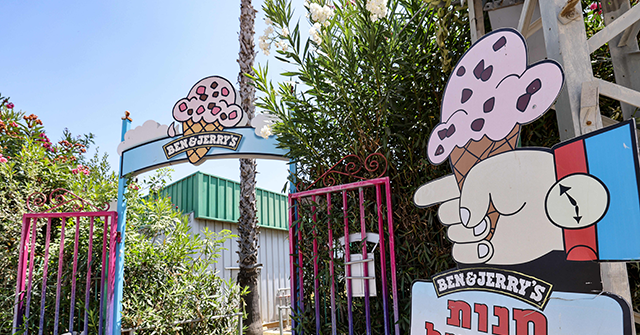 Arizona is divesting all public funds from Ben & Jerry’s over the ice cream giant’s “anti-Semitic” decision to stop sales in Israeli settlements in the West Bank and eastern Jerusalem.

“As Arizona Treasurer, I’ve divested all state funds from Ben & Jerry’s for boycotting Israel,” Yee state Treasurer Kimberly Yee announced on Twitter. “Israel is and will continue to be a major trade partner of AZ. #IStandWithIsrael and I will not allow taxpayer dollars to go towards anti-Semitic, discriminatory efforts against Israel.”

The state’s anti-BDS legislation bars public entities from doing business with an entity that boycotts Israel or territories under Israeli control. 32 U.S. states have similar laws.

Last month, Ben & Jerry’s announced it would no longer sell ice cream in what it called the “Occupied Palestinian Territory,” presumably referring to Jewish settlements in the West Bank and east Jerusalem.

Yee sent a letter last week to Ben & Jerry’s parent company Unilever PLC in which it gave an ultimatum to either divest itself from the ice cream company or reverse the decision.

Arizona is one of eight states currently investigating whether state-level anti-BDS laws are applicable over the Ben & Jerry’s Israel boycott, the Haaretz daily reported.

A recent report by the New York Post accused Anuradha Mittal, Ben & Jerry’s board chair and one of the chief architects of the Israel boycott, of funneling money from the company to her own pro-Palestinian non-profit.

While Israel’s leaders have spoken out against the decision, calling it anti-Semitic and a form of terrorism, the Jewish founders of Ben & Jerry’s, Bennett Cohen and Jerry Greenfield, hailed the ice cream giant’s “especially brave” decision and said the company is “on the right side of history.”

“Even though it undoubtedly knew that the response would be swift and powerful, Ben & Jerry’s took the step to align its business and operations with its progressive values,” they wrote soon after the boycott was announced.