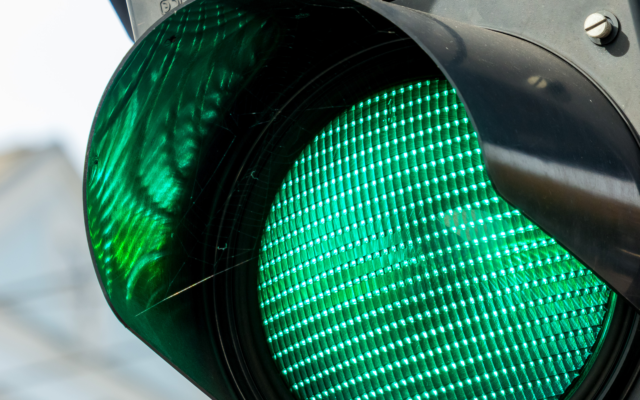 A key Bitcoin price technical indicator has turned green again following almost a month of declines. The rally which started a week ago has gained momentum despite a minor pullback below $12,000 yesterday.

According to Bloomberg there has been a lot of attention turned towards bitcoin recently as a refuge in times of economic turmoil. The outlet added that a key trend indicator called the GTI VERA Convergence Divergence Indicator is now showing a buy signal.

Based on trading over the past few days, this lagging indicator is back in the green as BTC holds on to gains made since the weekend. This time last week the world’s leading digital asset was trading at around $9,750. Since then it has made an impressive 20% to its current price around $11,650.

Bloomberg intelligence analyst, Mike McGlone, said that the tide is rising for bitcoin compared to other risk assets, adding;

“Bitcoin should remain a primary beneficiary of growing demand for its store-of-value, quasi-currency asset properties, similar to gold. Favorable macroeconomic fundamentals – plunging bond yields and rising stock-market volatility – appear to have endurance and should further differentiate Bitcoin from other crypto assets.”

Akbar Thobhani, chief executive officer of crypto prime dealer SFOX Inc, added that bitcoin could regain its role as a safe haven as it

“seems to uniquely enjoy a status as a store of value, similar to gold, which may explain why it is building positive momentum amid the 10% tariff announcements,”

Many, such as gold investor Peter Schiff, have refuted China’s role in bitcoin price action this week but the charts speak for themselves. Trader and analyst Luke Martin as overlaid charts for bitcoin and the USD/CNH and they are uncannily similar.

“These two charts have looked identical since the beginning of August. Moves higher happening at nearly the same time. Local top at the same time. Same pattern as well.”

$BTC on top$USDCNH on bottom

These two charts have looked identical since the beginning of August.

He added that he would turn bullish again if BTC started trading above $11.8k. This price range is at the top end of a range-bound channel that is starting to form. The lower support zone is around $11.2k so a drop-through that could see prices back in the $10k zone pretty quickly.

A golden cross which has just formed on the four-hour chart could also signify further gains. This traditionally lagging technical indicator also points to a trend reversal. The two moving averages are getting further apart on the daily chart which adds to the bullish sentiment.

Will bitcoin price resume its upside momentum today? Add your thoughts below