The holiday of Bitcoin sellers began to gain momentum. For two days, the price of Bitcoin fell by more than 10%. In our previous analyzes, we wrote about the first critical point for sellers at $10,500. However, we cannot say that sellers experienced any serious problems as they went through.

If we look at the situation on the hourly timeframe, we see that a certain interruption of the price was in the price range of $10,500. But the expected rebound or sharp change in the trend from buyers side did not happen. So, it was an inconspicuous stop which immediately went on to continue falling and to a new local target of $9,970.

We use a daily timeframe for volumes analysis. As on 4-hour timeframe we see that there has been a long-lasting consolidation period with low volumes. And the beginning of the vector movement down is accompanied by relatively large volumes. However, the daily timeframe shows that these are rather low volumes: 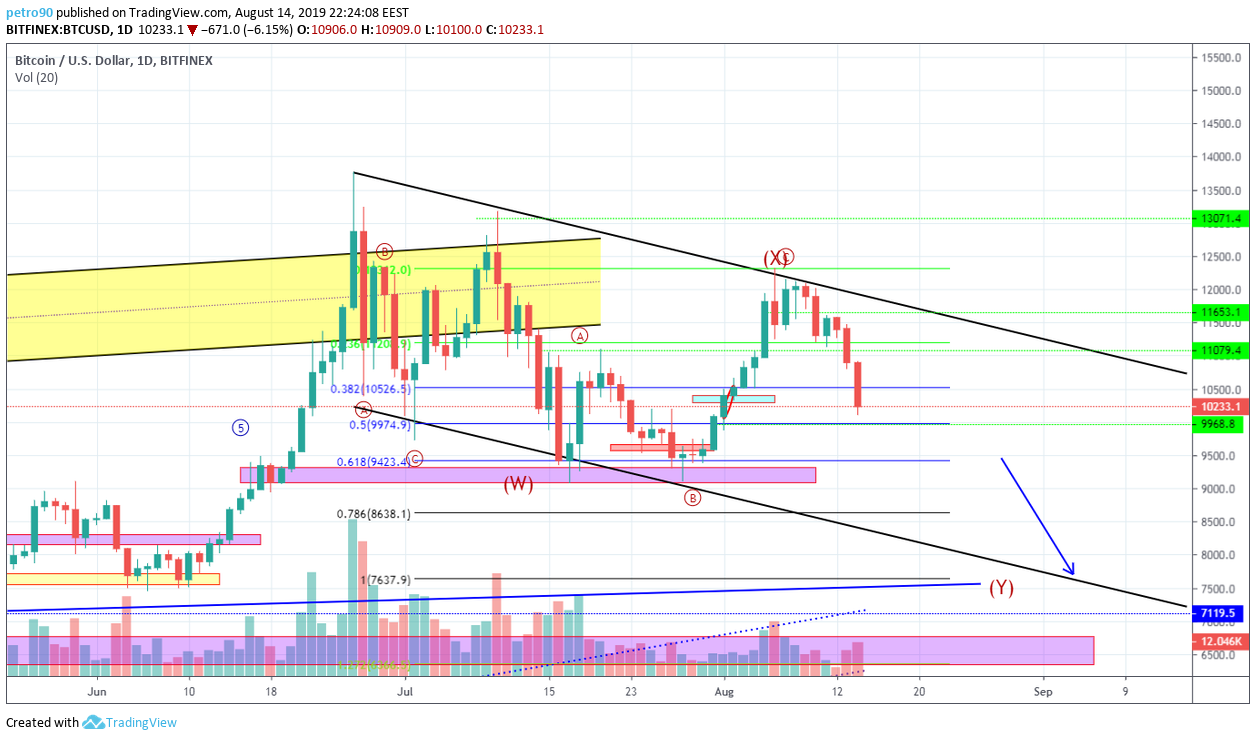 Buyers have yet to meet sellers with open arms and expect a better price. The seller peace of mind is also proven by their marginal positions, which are not decreasing now, but rather trying to increase. 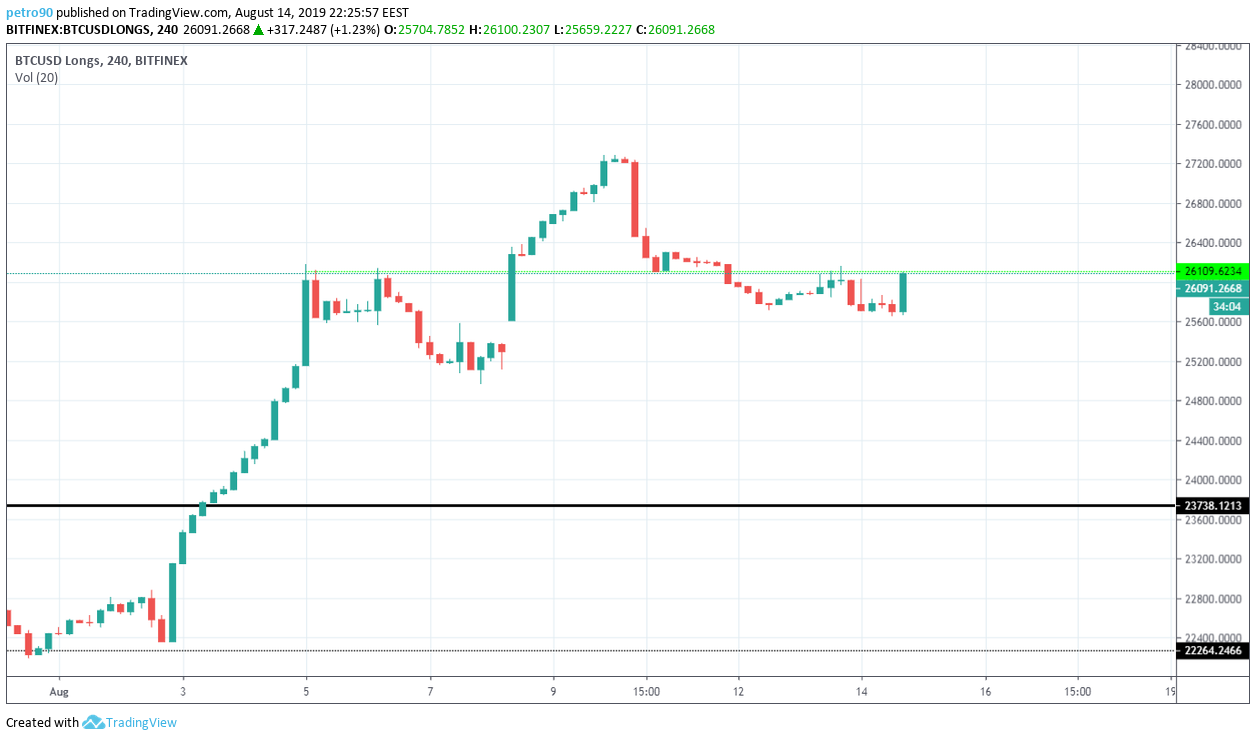 Sellers continue to show their uncertainty about fall continuation and are actively closing their positions now: 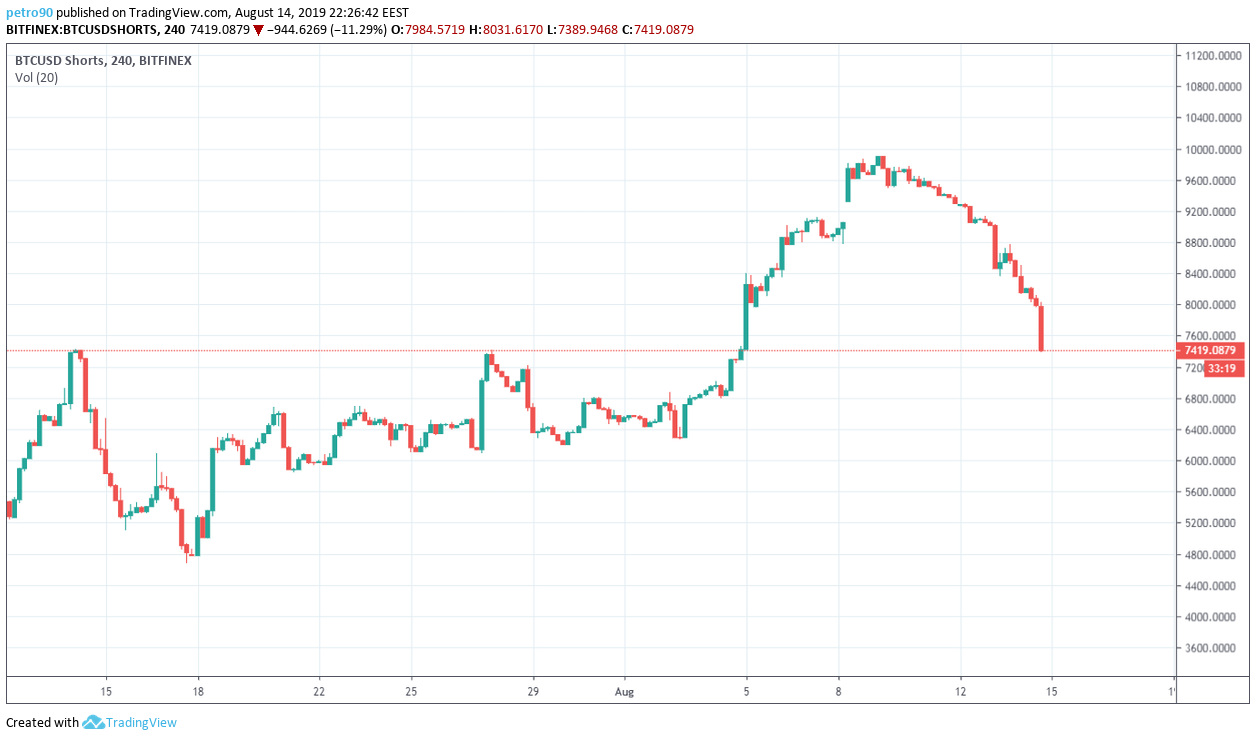 It is an interesting fact that after the non-correctional growth there was the same non-correctional fall. It seems that at the price of $9,400, with a possible false breakdown in the purple price zone, there is a great chance of price reversal: 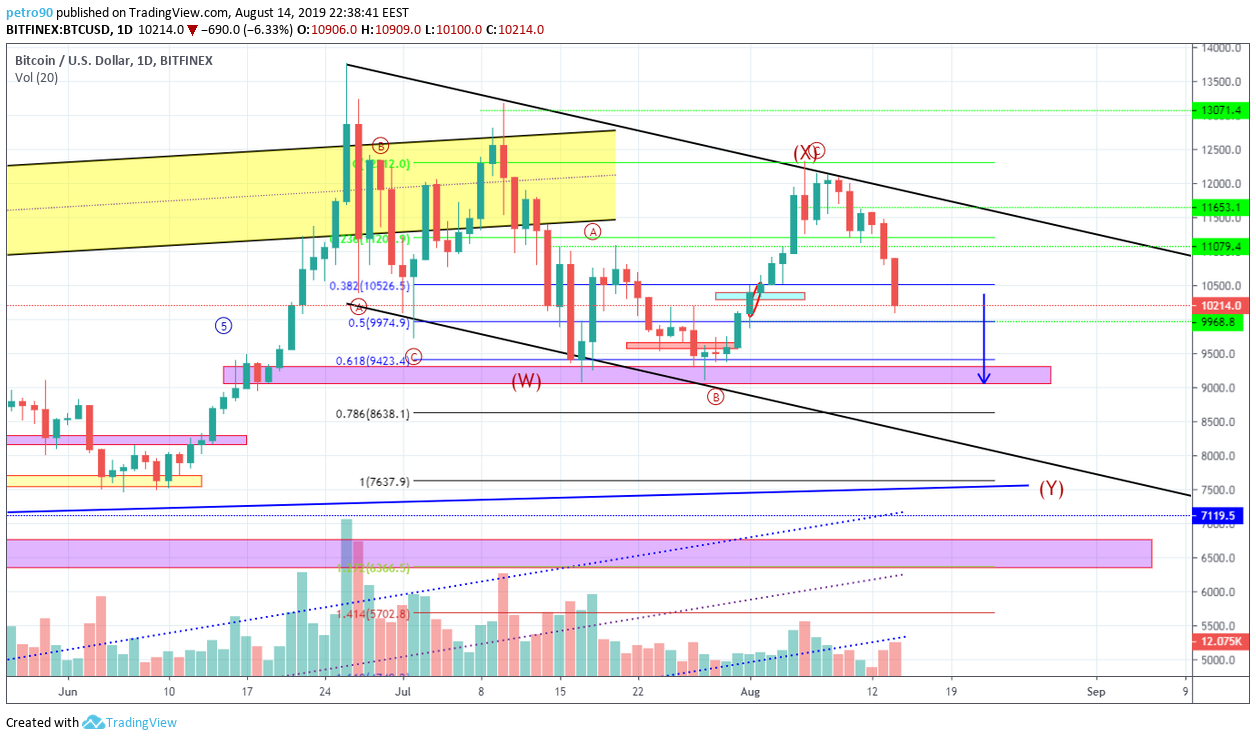 In such a scenario, we will get consolidation with a range of almost 30%. However, let’s see how sellers cope with the price mark of $9,970. 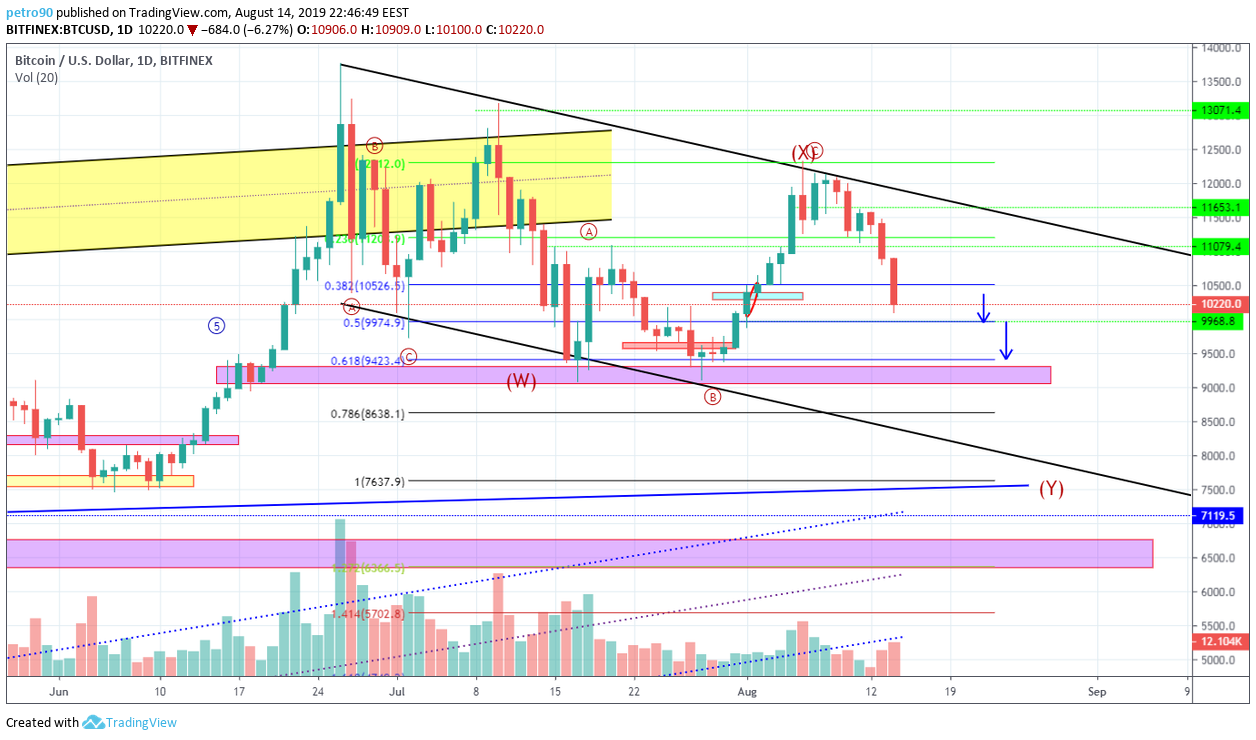 On a weekly analysis, the situation looks in favor of Bitcoin sellers. After a new unsuccessful attempt by buyers to break through the black trend line with smaller volumes than in the previous attack, sellers are showing their potential this week: 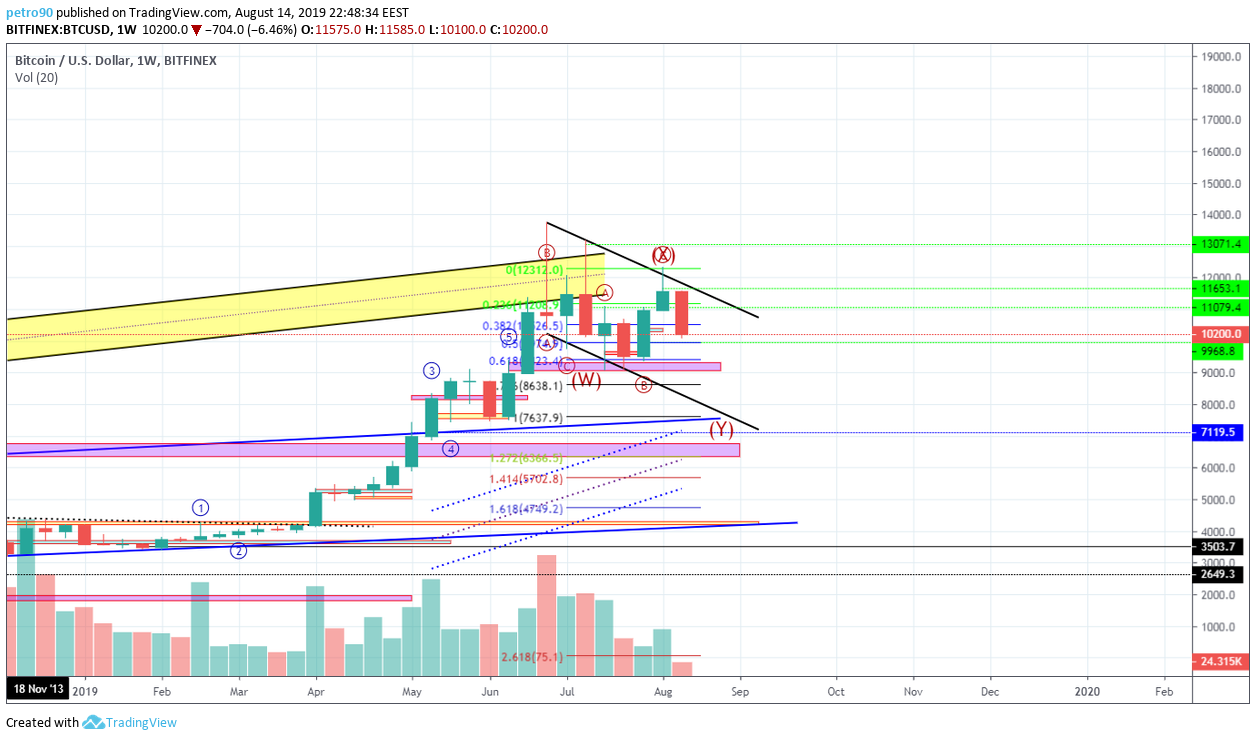 Of course, the week is not over, but we can’t see much good news for buyers. Good luck and see you tomorrow!