According to a good weekend tradition, today volatility and volumes have increased substantially and sellers have answered the question of the previous analysis. A passive Bitcoin buyers’ attack which began on 22 August ended at the price of USD 10,460.

Buyers managed to break through the local price zone of USD 10,100-10,200, which we wrote about in the previous analysis. However, the price did not fly up freely and stopped in the next price zone, more global. We see from history that in the blue price zone, sellers kept the price from 16 August  to 18 August and did so successfully: 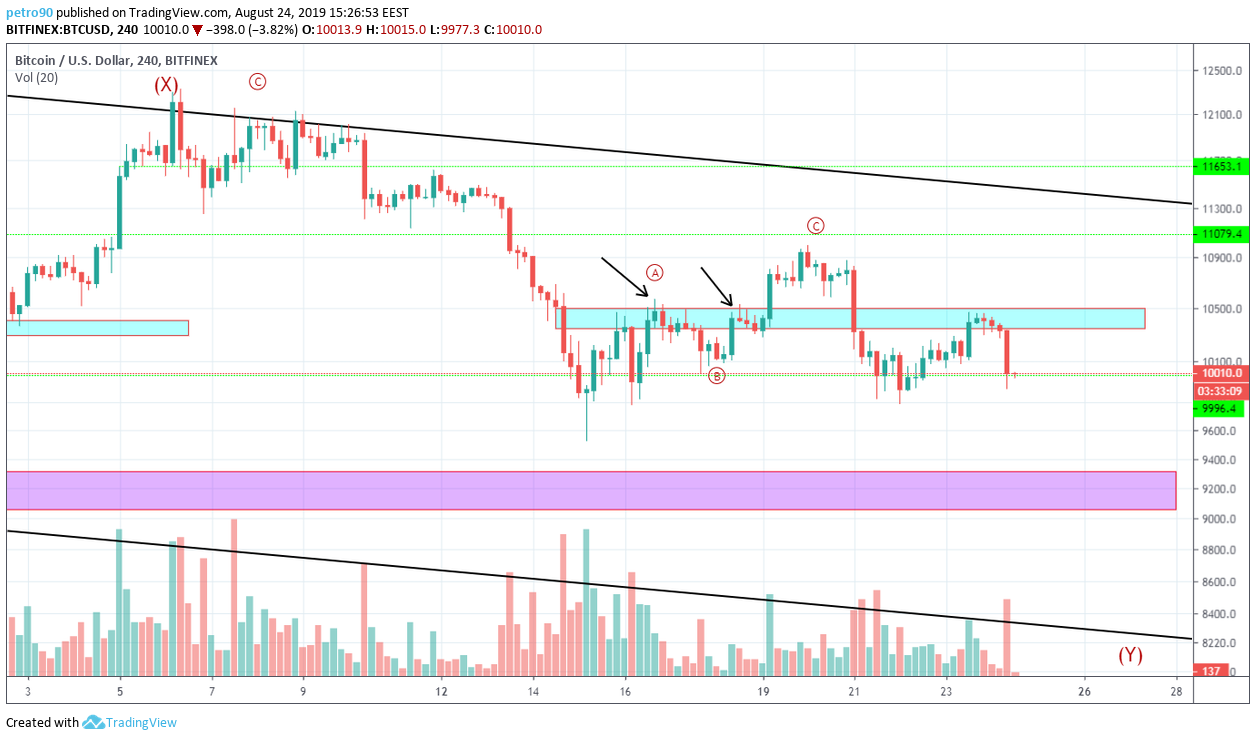 Besides, note that the volumes of 16-18 August were much higher than during the previous passive attack of buyers. Therefore, reaching a new liquidity zone, the power of buyers depleted and quite successfully entered the sellers.

The hourly timeframe clearly shows how in 2 hours sellers have destroyed the entire path that buyers have paved for two days: 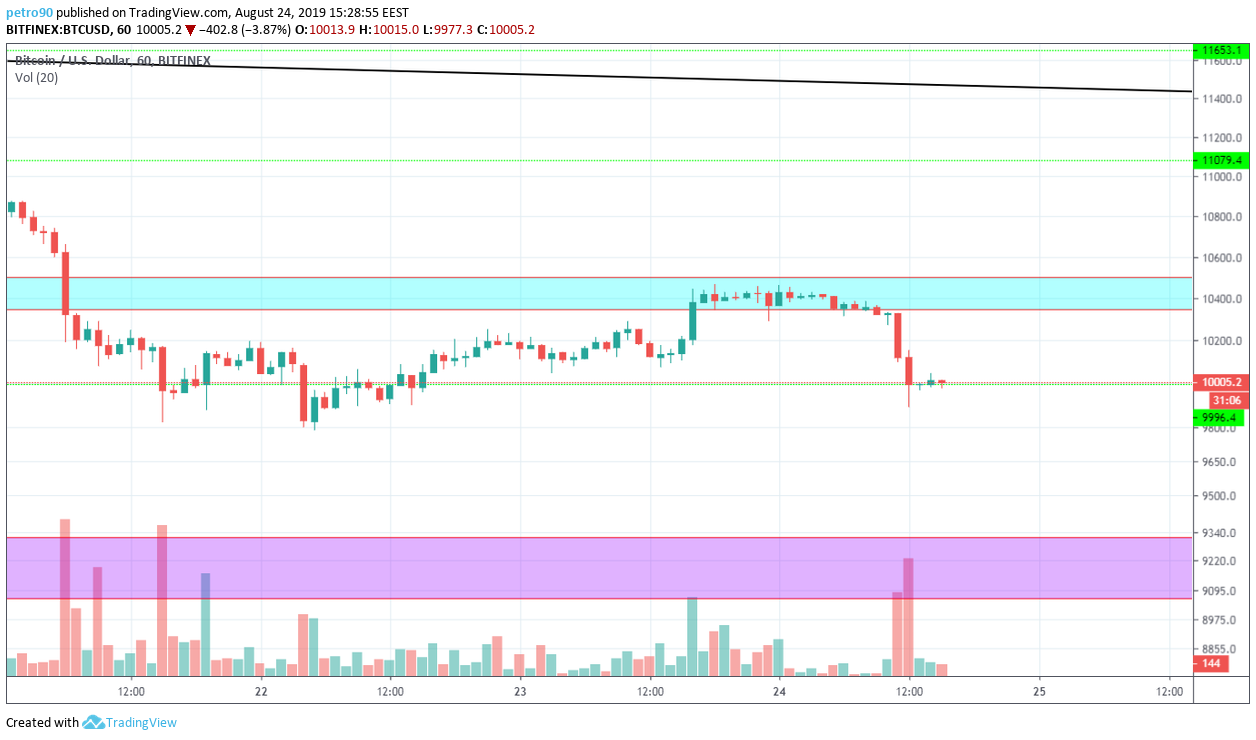 In addition, Bitcoin sellers quite easily have tested the first critical point USD 9900 we wrote about in our previous analysis. In the case of buyers’ weakness, we will expect the next stop at USD 9400. At this hour, it is a very likely scenario, as, after a sharp fall, there is a narrow consolidation with minimal volumes now, which is a night hotel for sellers who have gone through a difficult road and want to relax.

Marginal buyers’ positions have decreased, but so far the main bomb has not been activated and the prospects for decreasing of buyers positions are very high: 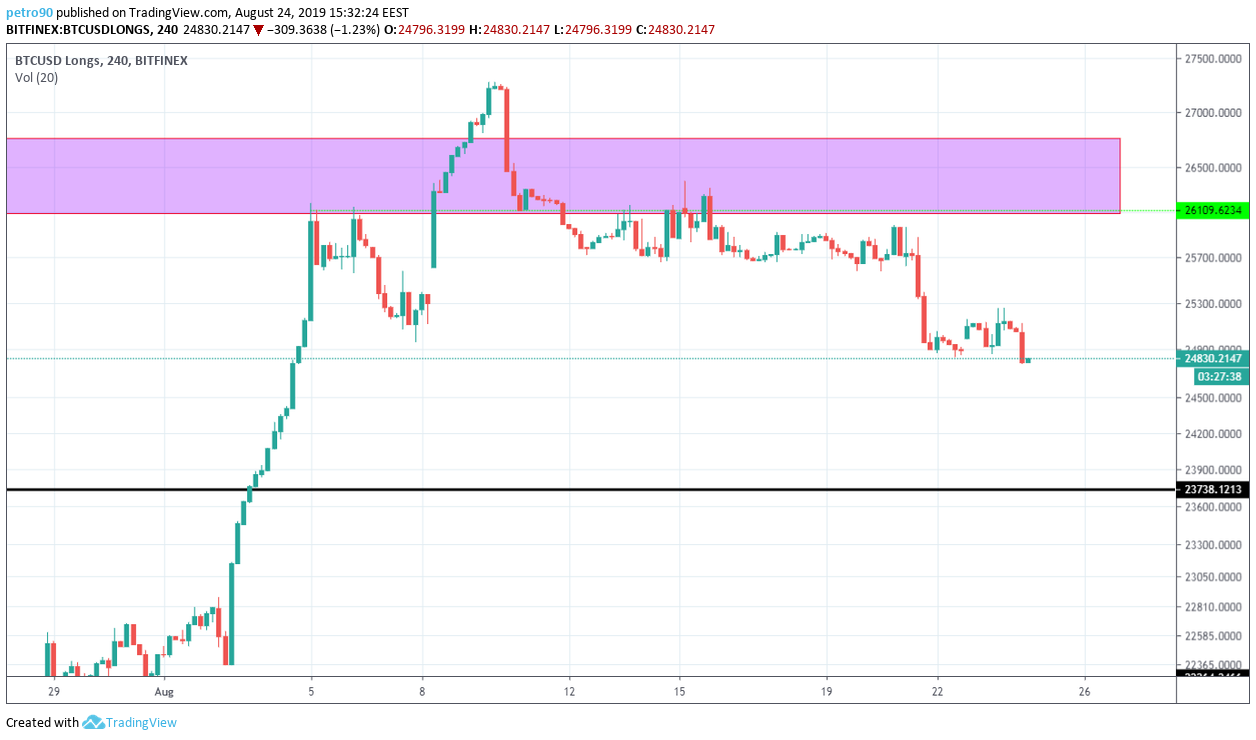 Sellers are working up the courage and beginning to increase their positions: 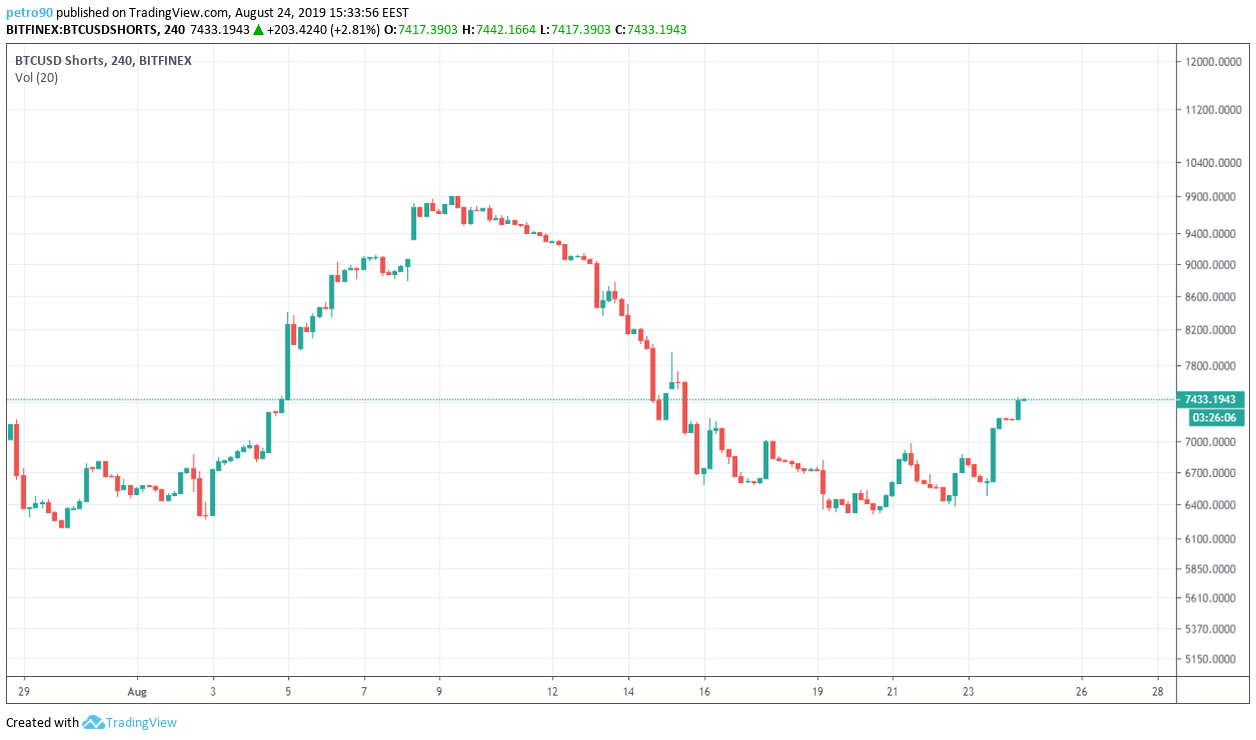 According to the wave analysis, the most likely scenario is the continuation of the fall wave formation, which began from 20 August. Passive growth, we regarded as a correction and the current fall is a new impulse with a possible target of USD 9250: 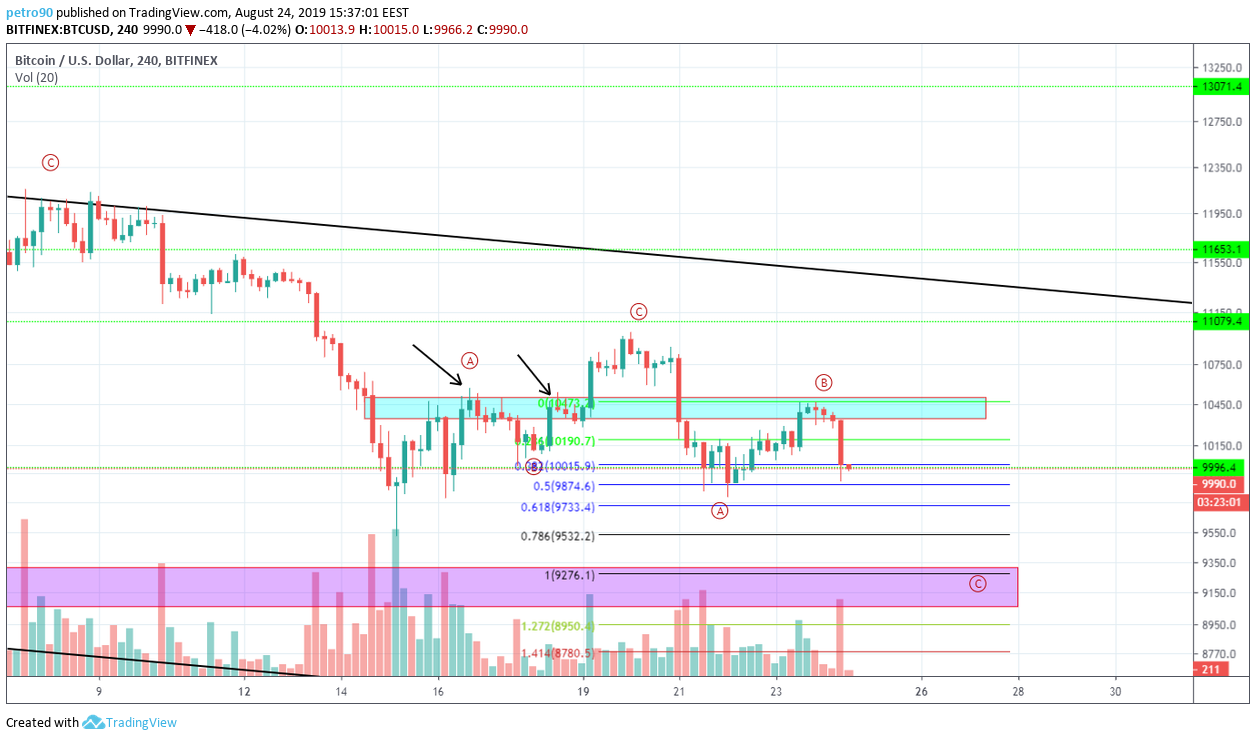 Under this scenario, the price stops at USD 10,000 and USD 9735 are possible. On a larger timeframe, the situation is very similar and differs accurately within USD 100 and the prospect of fall continuation to USD 8200: 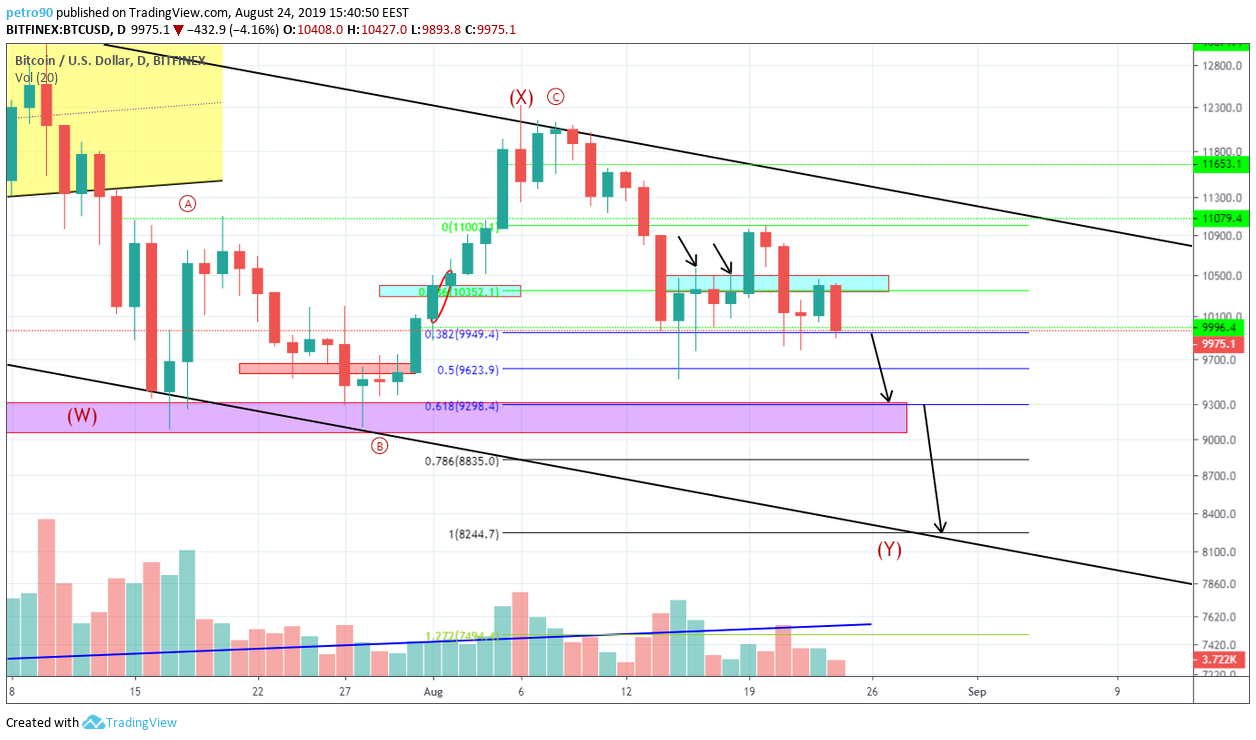 As well as, in the price mark of USD 8200, passes the bottom trend line of the channel, in which the price is traded from June 2019. A serious turning point, but will Bitcoin sellers get to it? Let’s see over the next week. Now, we follow the fall and sum up the results of the week in tomorrow’s Bitcoin analysis.