The new week began with a positive green note. Bitcoin buyers managed to test a price mark of $10,700 with the help of a single candle on a 4-hour timeframe. Of course, buyers could not fix above $10,350-10,500, but this volume explosion caused sellers to open their eyes at least. A typical consolidation situation happened where sellers got caught a “minefield” of buyers by breaking the price mark of $9,900. The hourly timeframe clearly shows the nature of the price reversal: 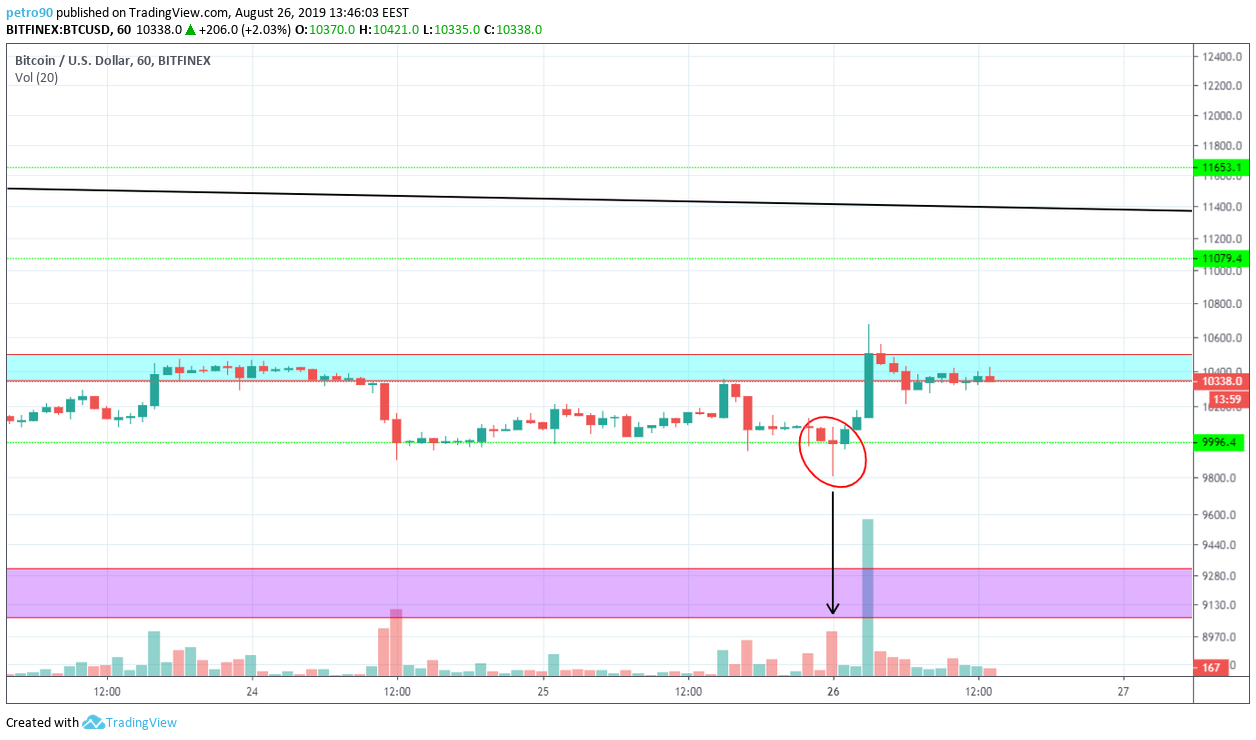 After an uncertain breakdown of $9,900 over the next 2 hours, Bitcoin buyers felt no pressure or danger from sellers and calmly, without much difficulty, were able to raise the price by 5% in one hour. After that, the activity of buyers ended and the price is trading below the price zone of $10,350-10,500. What could have caused such a sharp reversal? Analyzing the seller marginal positions, we can see that the sharp decrease of their positions exactly coincides with a crazy buyers candle:

Also, the chart shows that initially, sellers at local lows increased their positions (when the price tested $9,815) and after this mistake, positions began to close sharply.

An interesting fact is that buyers initially also closed their positions during the test of $10,700, but these positions were bought out by other interested buyers: 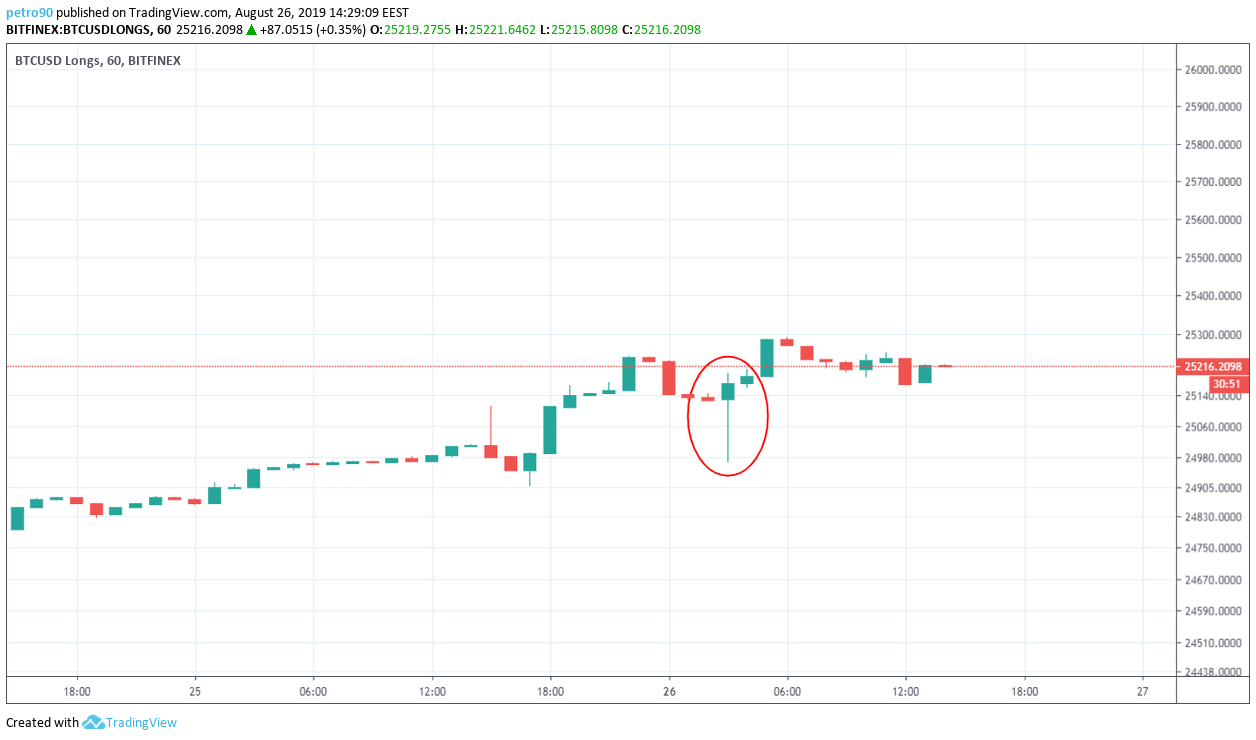 As a result of these actions, a noticeable pin has been formed. Although, globally the marginal positions of buyers continue to be traded in a narrow consolidation on the daily timeframe.

As for the daily timeframe, what we wrote about in the previous analysis happened. After making a lot of false breakdowns, sellers retreated as soon as the new week began: 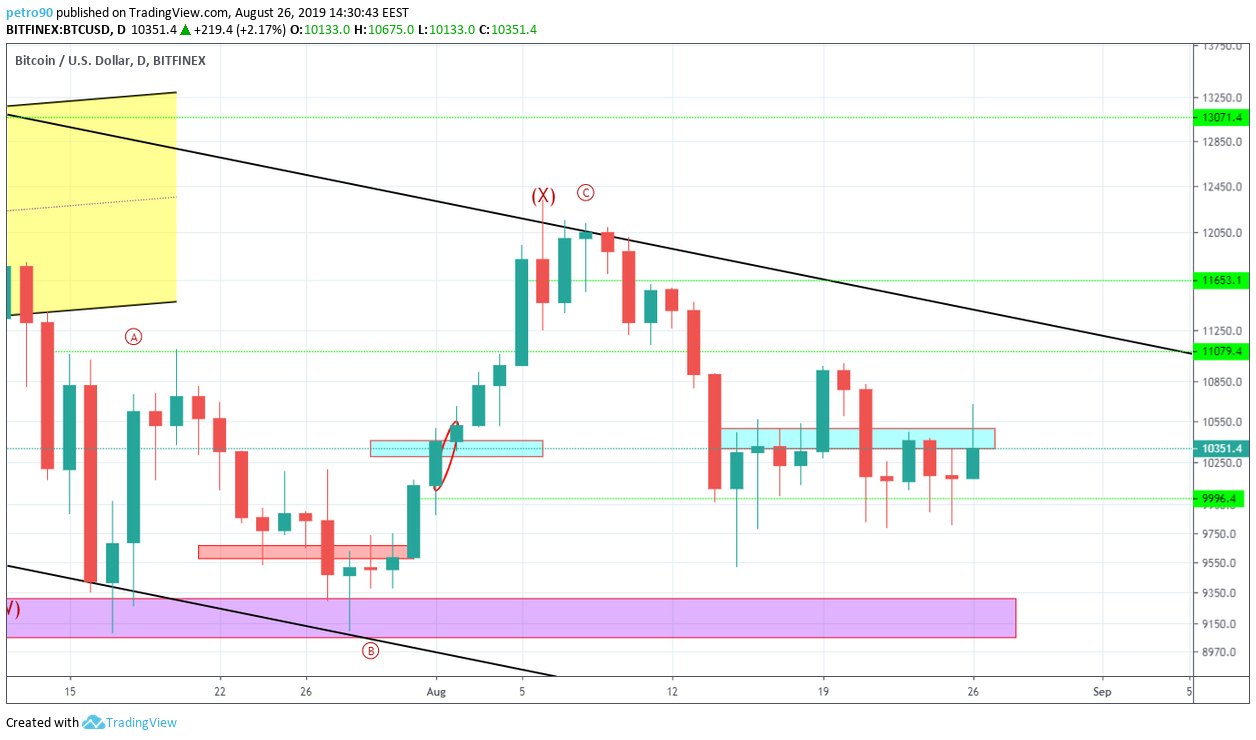 To continue the implementation of our scenario, sellers need to fix themselves below $9,900 and test $9,400 this week. However, due to their current weakness, the scenario may change towards buyers. In any case, the price is still drifting in the undefined zone. And we still have not seen a fix below $9,900 and above the price zone of $10,500-10,600.

According to the wave analysis, the situation has not changed in any direction yet. We are still following the correction after the falling wave of 20 August: 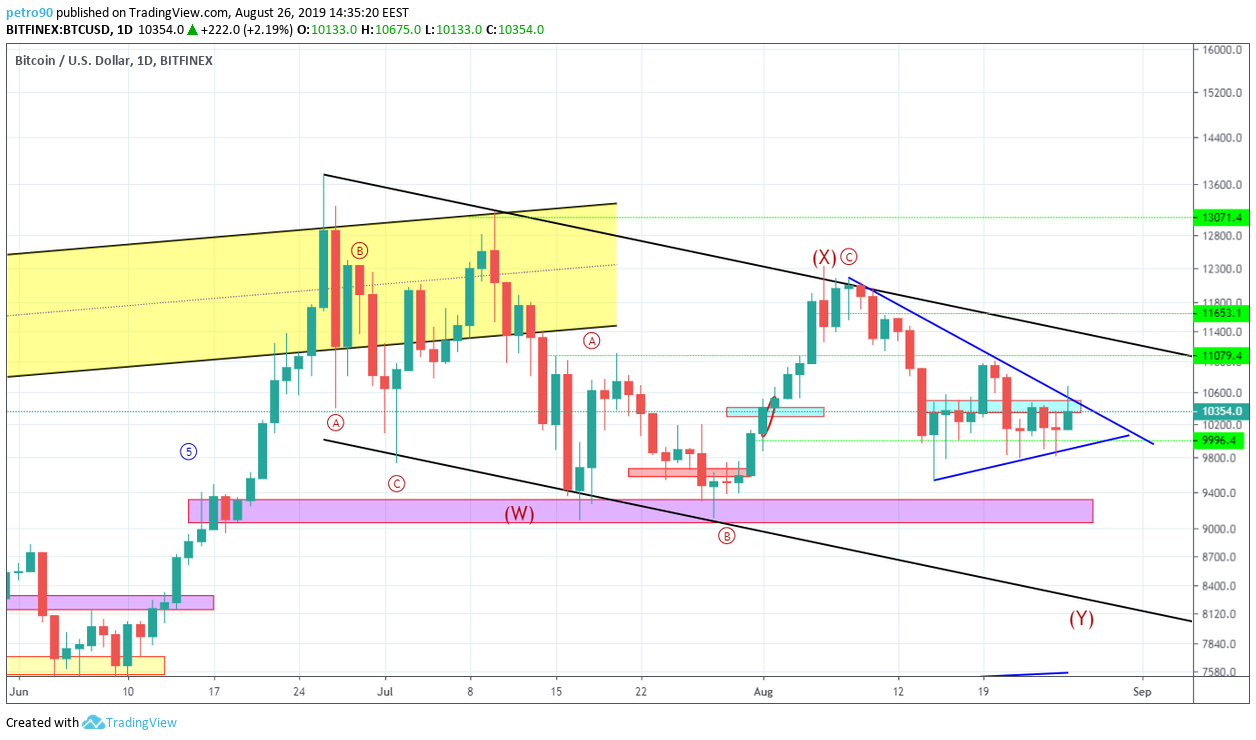 If buyers manage to break through the blue line of the triangle, then the road to $11,000 will be open for them. We expect a real changes on the chart and do not pay attention to the sharp movements within the triangle. This is all just to get you in the wrong position. See you in tomorrow’s Bitcoin analysis!