A slight price correction which began yesterday, after an attempt to fix above USD 10,900, has not yet broken Bitcoin buyers’ desire to reach the target and test USD 11,100. As we can see, the wave of Bitcoin growth which started on 29 July is moving within the black channel. And today sellers have tried to go beyond this channel.

During this attack, standard volumes were used, which have been on the market since the beginning of the new wave of growth. So, obviously, this attempt has failed, as many buyers expect a price rebound to buy.

The hourly timeframe shows that at the price of USD 10,700, a lower limit of local consolidation was formed, which sellers broke on increased volumes, relatively to previous volumes. And after the trend line test, Bitcoin buyers showed that they are ready to keep it at the moment: 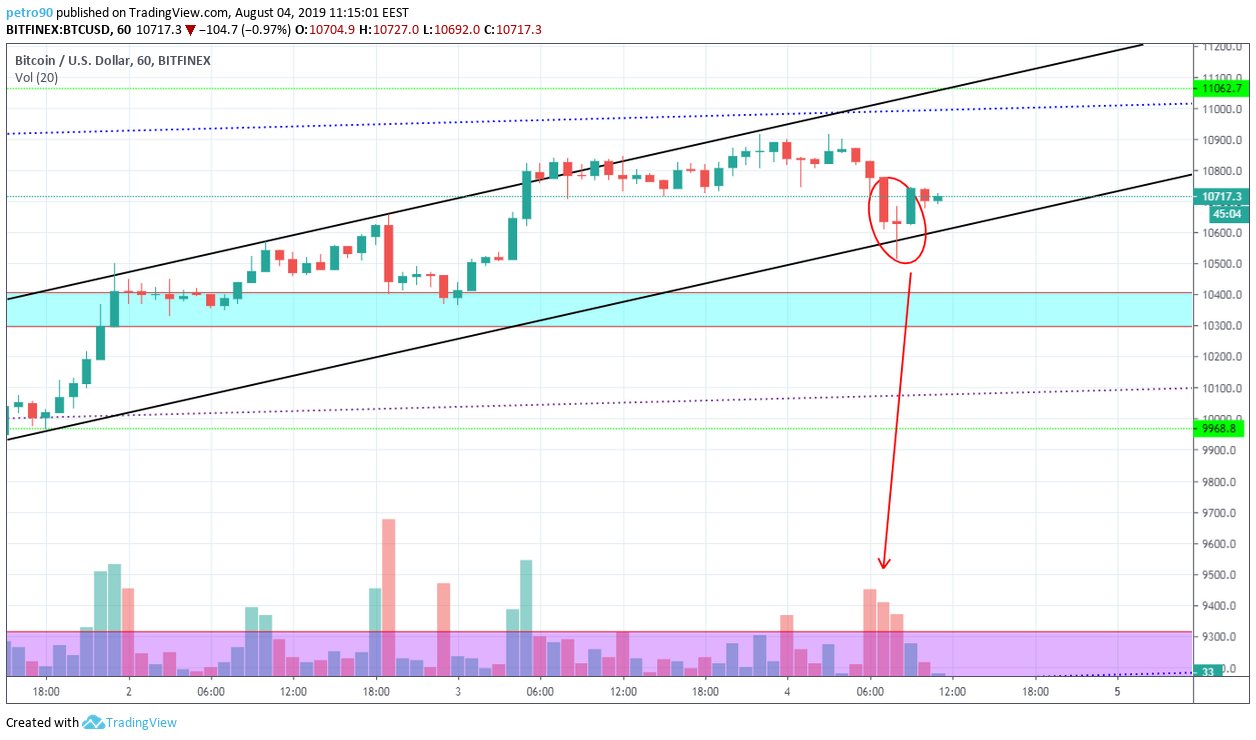 If you look at the daily timeframe, you can see that buyers have practically tested the upper limit of the blue dotted channel, which is more like a consolidation zone. It is the place where market participants are gathering strength for the next powerful movement: 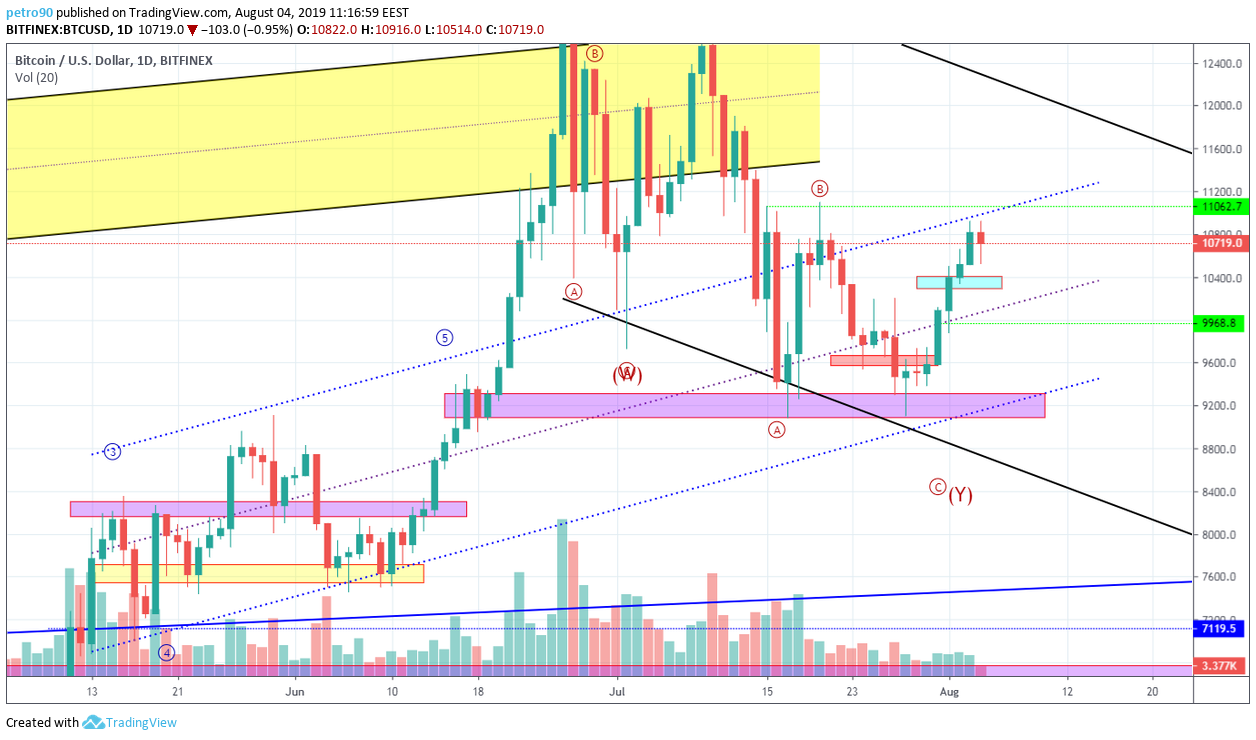 Since we have seen a sharp sellers’ initiative and before we have witnessed a six-month growth, we tend to think that the price may exit from the current dashed channel in the form of a false breakdown, breaking USD 11,100. However, after that, we will stick to our main scenario – a continuation of the fall, at least to USD 9300 (the lower limit of the range, where we have been since 17 July).

As far as the mood of buyers, they feel too fine taking into consideration the current situation: 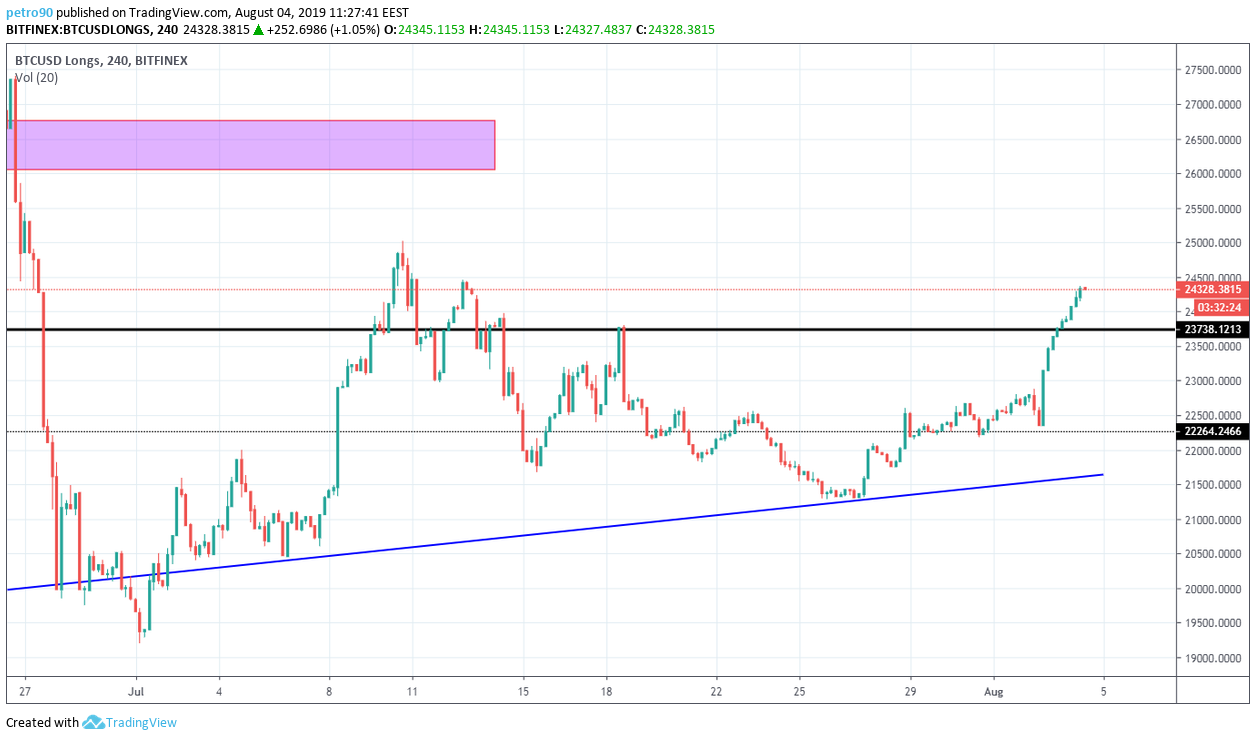 Marginal positions are increasing before the liquid level. The volumes have not yet appeared on the market, which would indicate a probable breaking of the level. In such cases, there is often a sharp price reversal and a panic closing of positions. However, let’s see maybe buyers are waiting for the right opportunity? 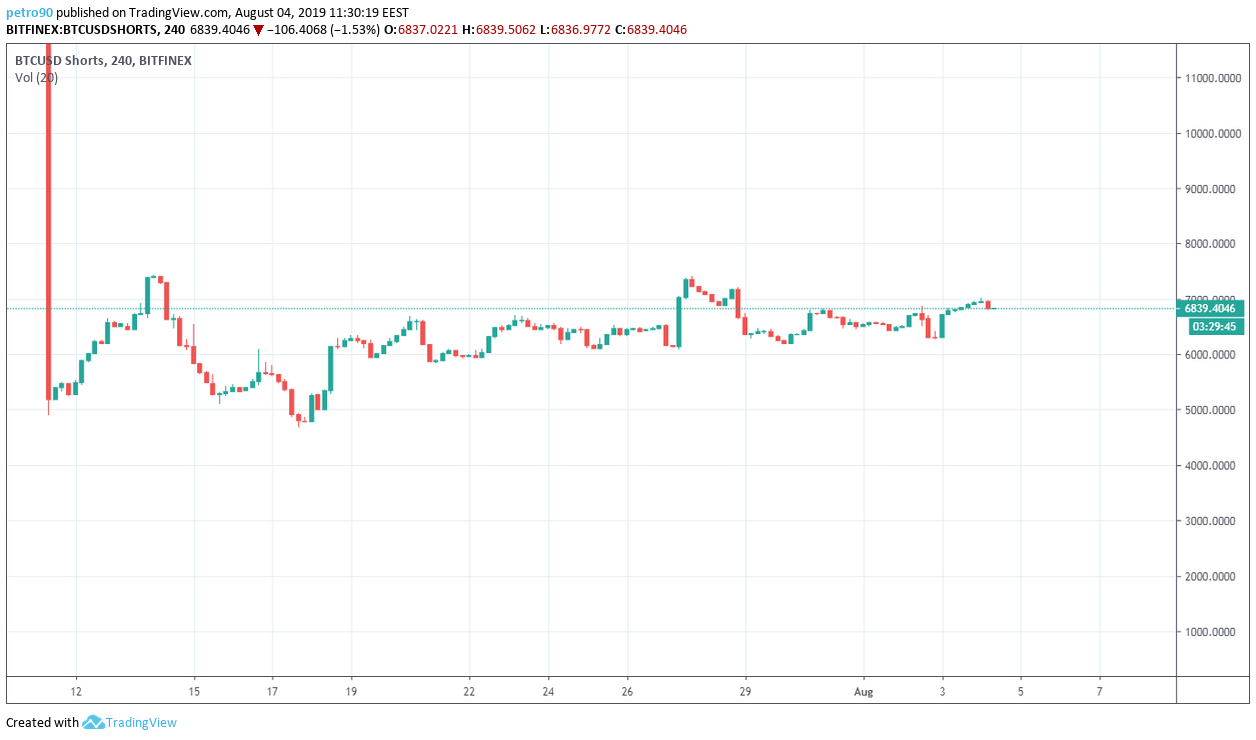 In the wave analysis, especially nothing has changed and buyers have not yet tested the next level of Fibonacci USD 11,100: 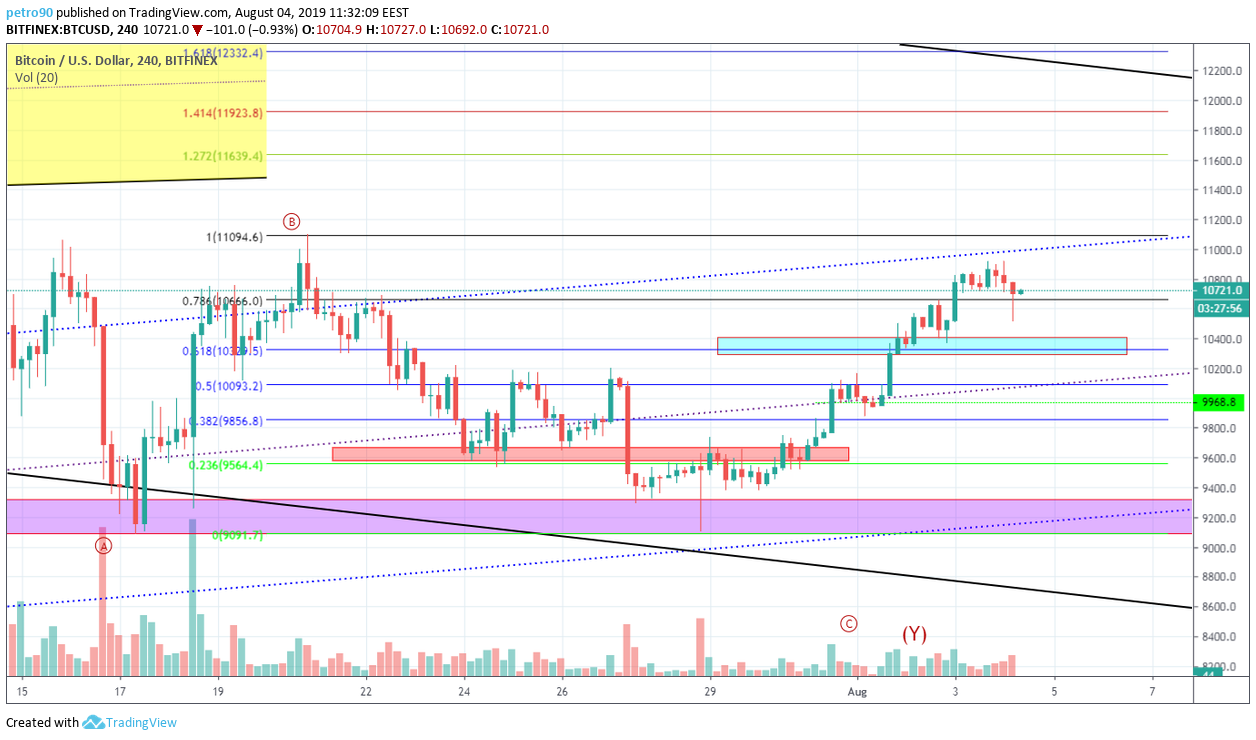 So let’s take a closer look at how Bitcoin Weekly Candle is likely to close. This week buyers completely weakened the last week’s price movement of sellers, in such a way showing that sellers needed more strength to fall: 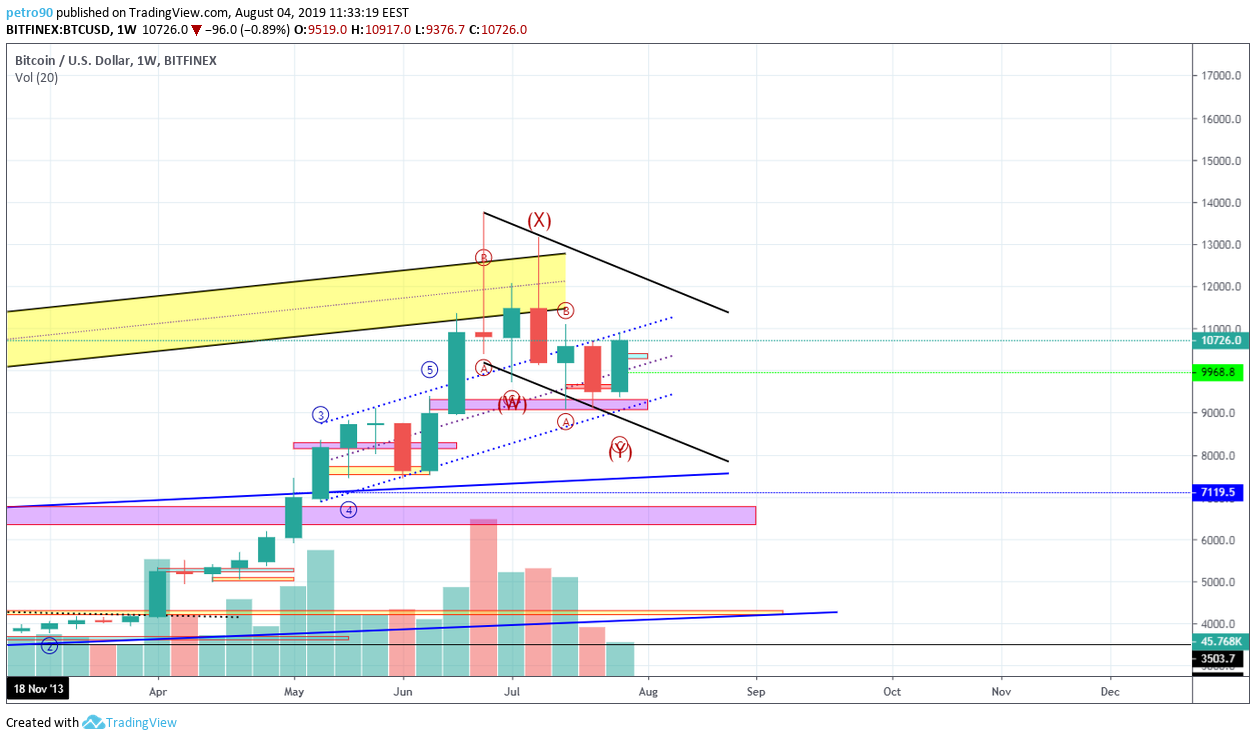 At the moment, this week are the smallest volumes throughout the summer. So next week we look forward to continuing the fight on local highs and determining the winner. Is there a surprise for us today, as is often the case on Sunday? Let’s analyze on tomorrow’s Bitcoin analysis!