A new day, a new week and a new surprise from Bitcoin buyers! After a short stop before the mark $11,100, Bitcoin buyers were able to confidently break through it without encountering resistance on their way. All this happened on increased volumes, which is clearly visible on the hourly timeframe: 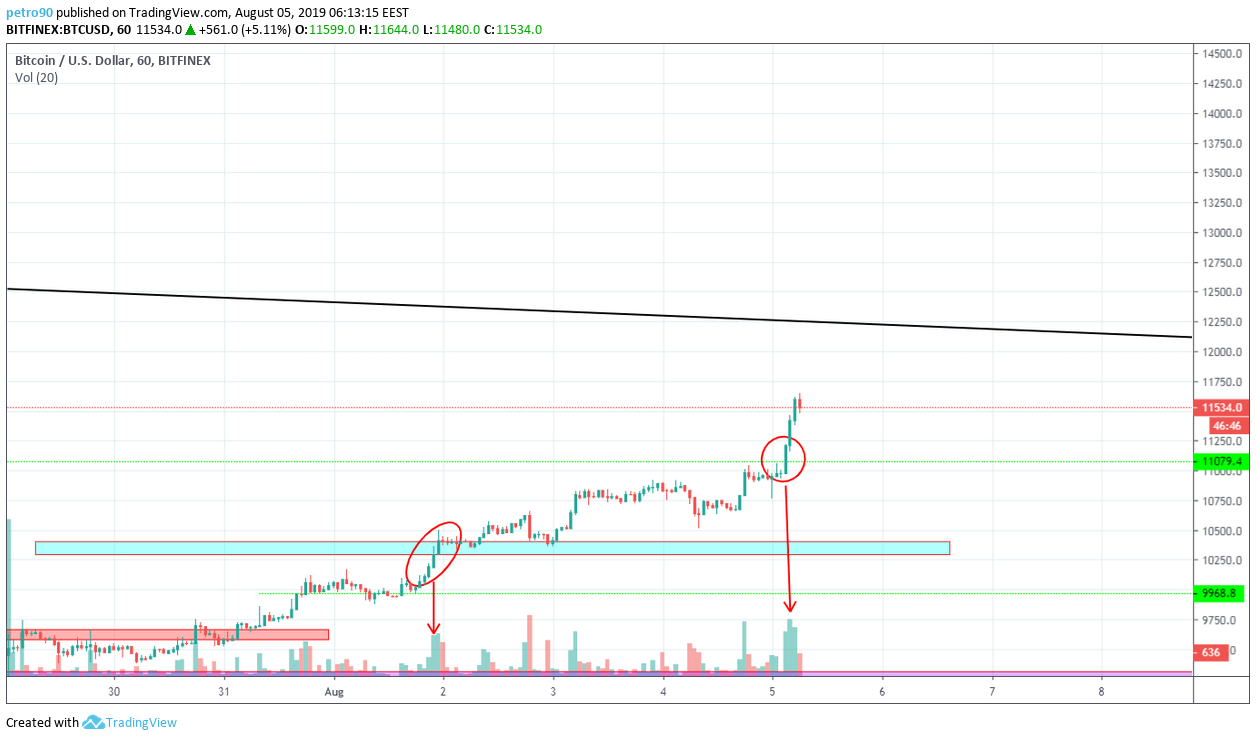 Turning to the topic of volumes, we see that on 1 August, approximately with identical volumes, even slightly smaller, buyers win against sellers in the price range of $10,300-10,400. So, on an hourly timeframe these volumes can be considered increased. However, at the 4-hour timeframe, if we look at the chart from 26 June, we see that nothing special happened, in terms of volumes.

An interesting fact is that the steady growth of Bitcoin started right from the first hour of the new day and week candle. It visually looks very cheerful and inspiring to buyers. Breaking the critical point of $11,100, buyers have figured out a way to $12,200. Where passes the upper trend line of the fall channel in which the price being traded from 26 June: 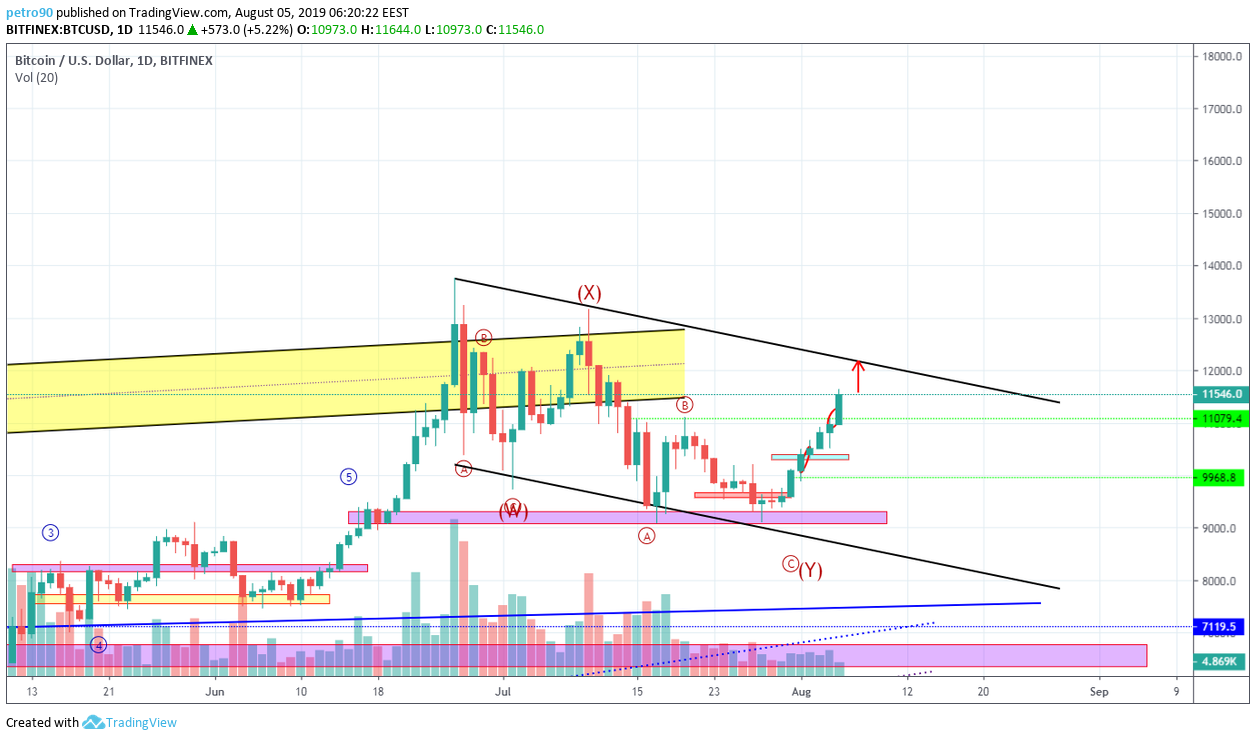 Analyzing today ‘s buyers initiative, there is no reason to believe it is false. But for more confidence it is necessary to wait for the closing of the day candle. Since if sellers will be active in the afternoon and can close the day candle in the range of $11,100, then we expect a sharp movement in the opposite direction.

If talking about the mood of buyers, it is constantly improving.  At the breakdown of the price mark $11,100, buyers have significantly increased their marginal positions: 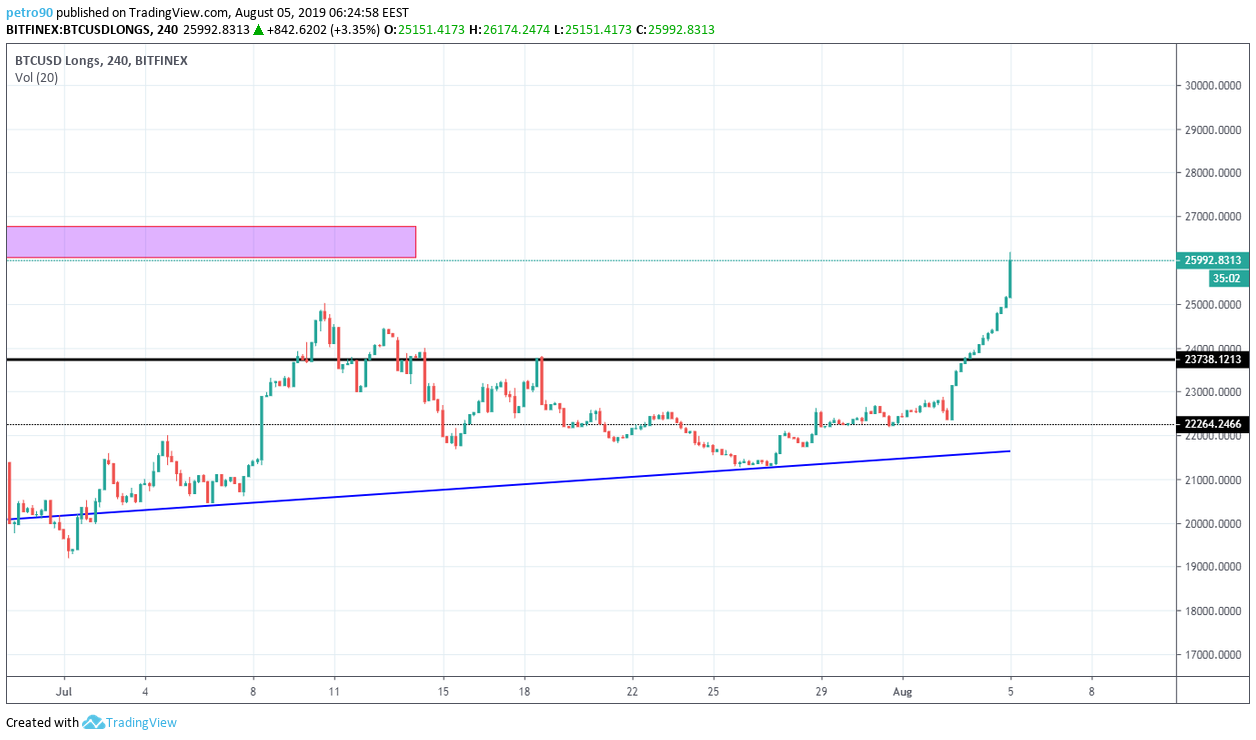 A small victory is also seen in sellers who did not, firstly, panic at the breakthrough of $11,100 and on the contrary increased their marginal positions. Secondly, they broke the upper limit of consolidation and are ready to move on: 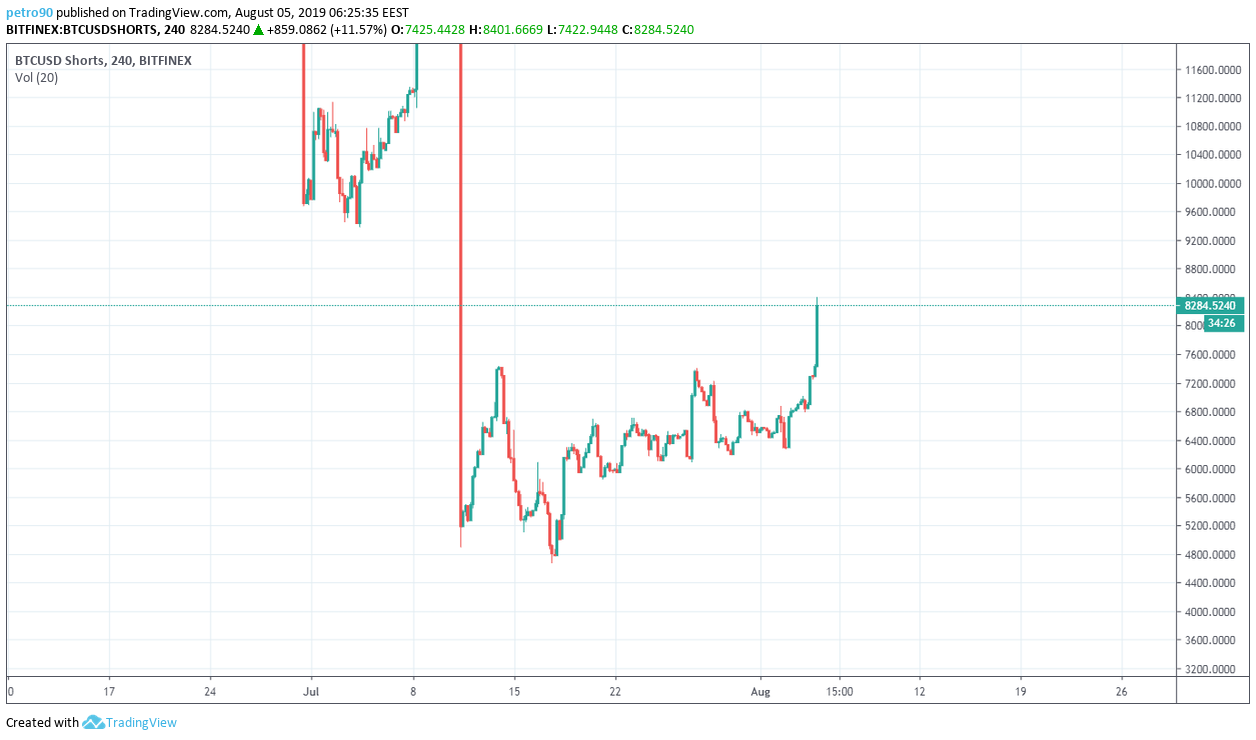 According to the wave analysis, buyers have currently corrected the previous fall wave by 61.8%: 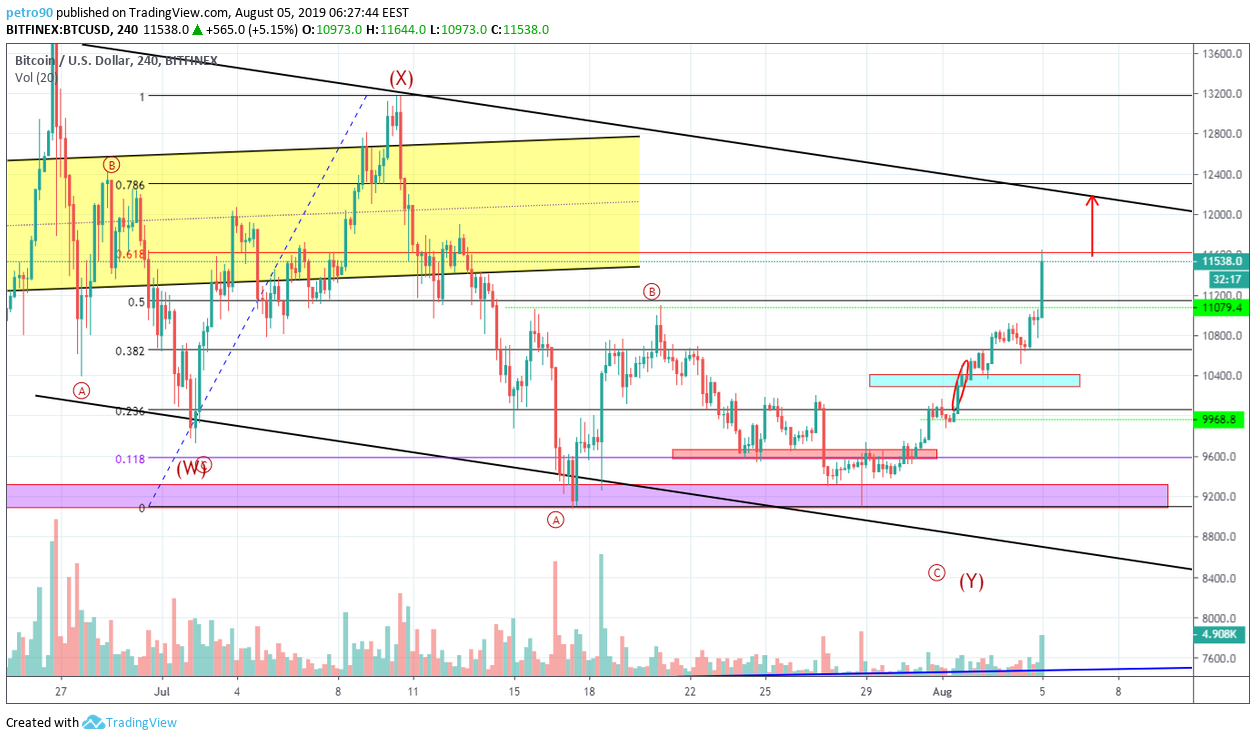 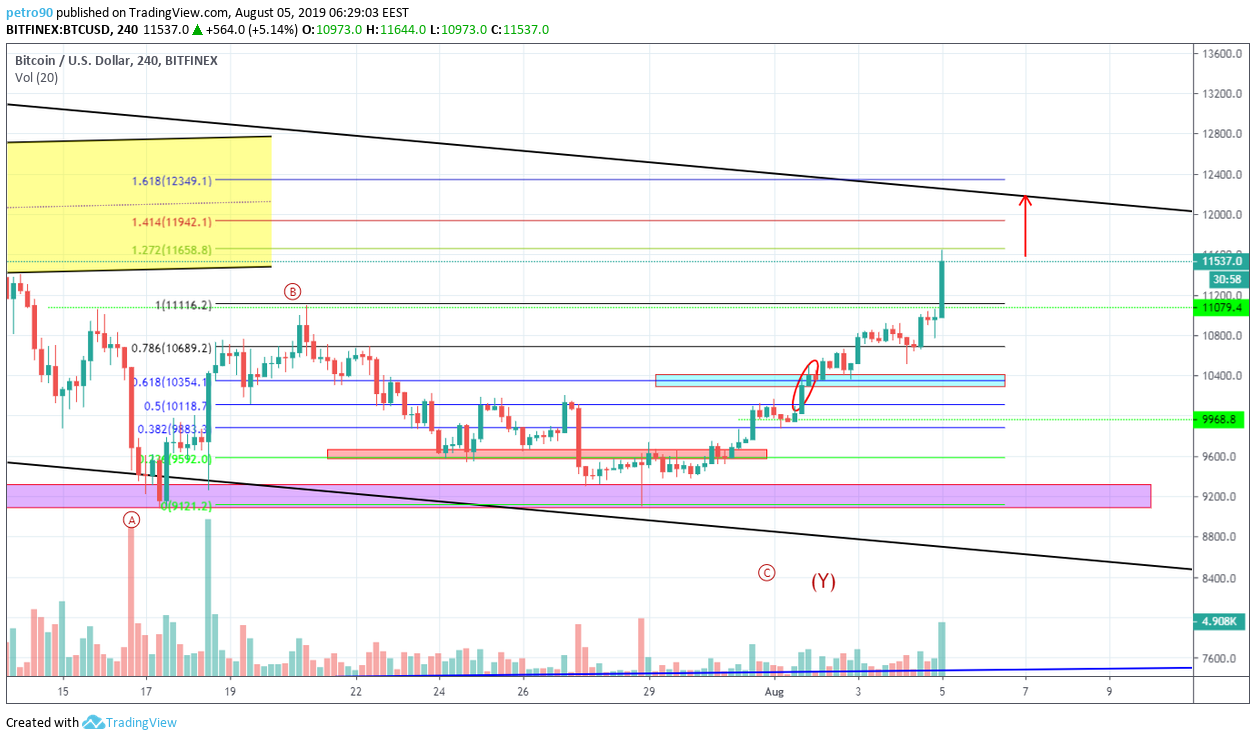 As buyers could cope with the $11,100 it is time to review another scenario of price movement, in which now is formed the wave of growth with a 5-wave structure. In this case, wave (III) is now forming and its minimum termination may be $12,350. If buyers do not allow corrections below $11,100 after the test of $12,350, then this scenario is most likely: 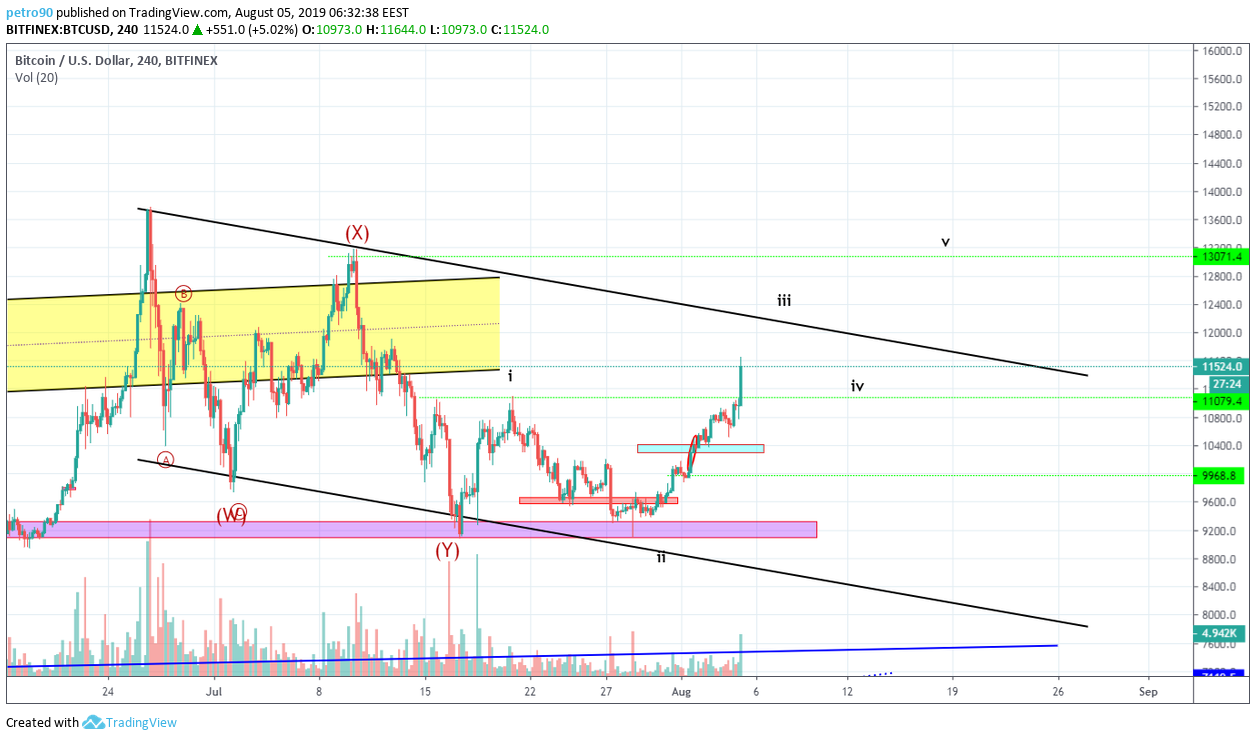 A good start of the week for buyers. Let’s see if they will keep the initiative and mood to the end of the week.