This was all that Bitcoin sellers lacked to test the critical price mark $11,100 we wrote about in yesterday’s analysis. So far, sellers have managed to test $11,249, after which buyers started a new attack.

Now, buyers are again trying to break through the upper limit of the black channel. The price has been trading there since 26 June. Seller aggression, which began on 6 August, is not particularly noticeable on a daily timeframe. As it lasted one day it is now more like a last-ditch attempt to defend: 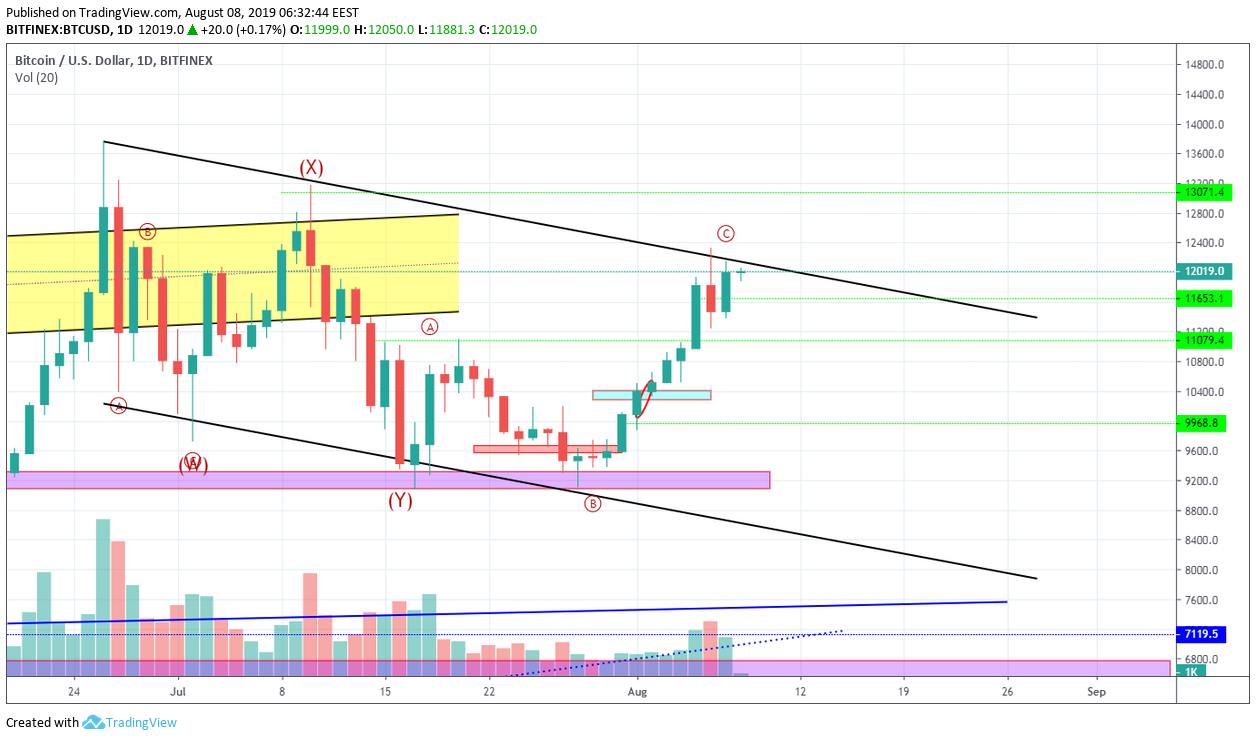 After touching the black trend line on 6 August, Bitcoin sellers fought back the attack. However, instead of starting their game, they simply exhaled and stopped. However, yesterday’s candle completely covered the body of the 6 August candle. And, the best that may happen for sellers is a continuation of consolidation in the current range of $11,250-12,000.

The hourly timeframe clearly shows the moment of reversal and formation of a new local attack of buyers: 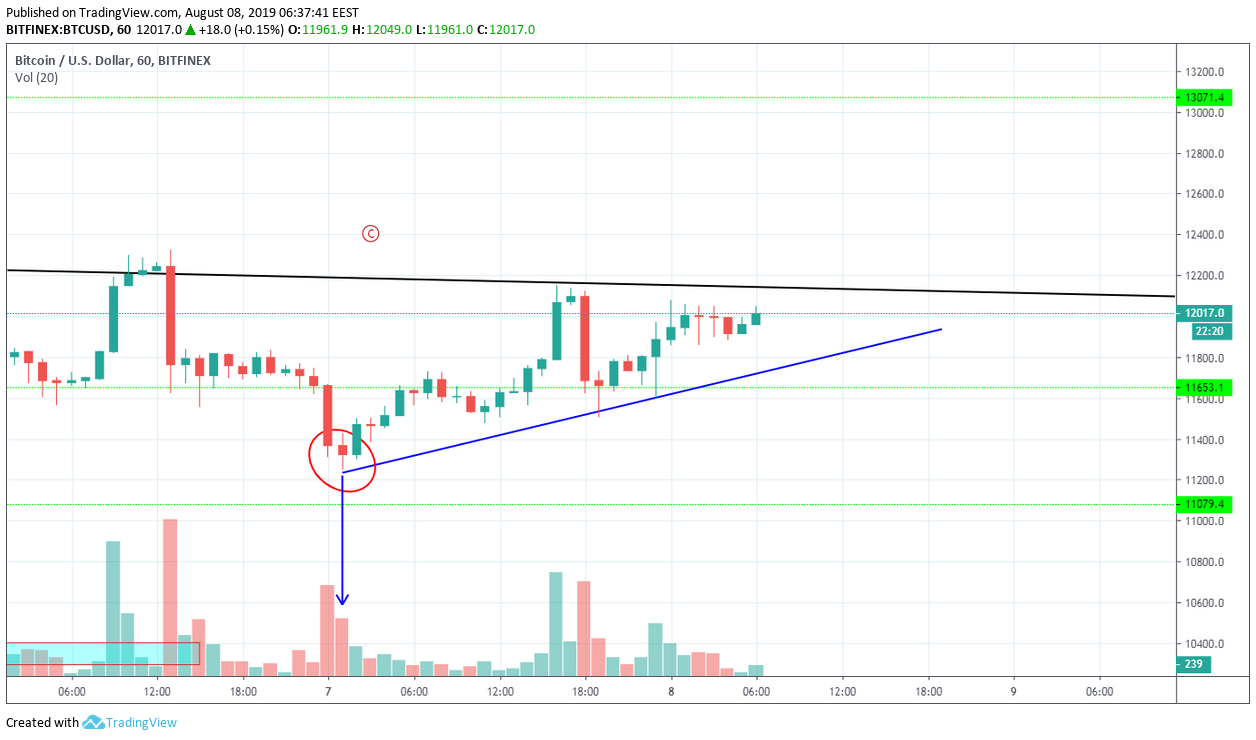 As a result, the price is traded between the black and blue lines now. If sellers break the blue line down, we will still see a test of $11,100. But if buyers break the black line, then they will face the prospect of growth with the first target of $12,860.

After slightly closing of marginal positions, buyers show that they are ready to continue buying. However, let’s remind you, if $11,100 can’t resist, because of the likely panic of buyers, the fall may accelerate: 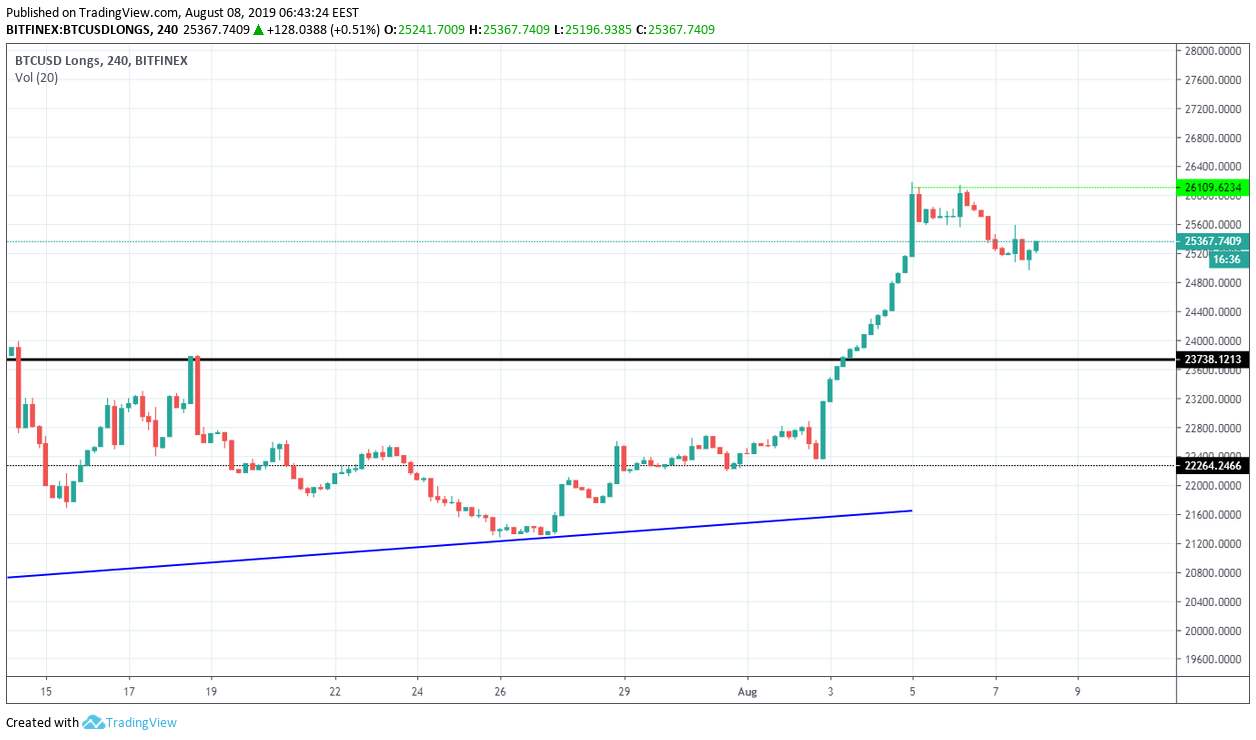 Sellers are also increasing their positions. Passions are rising:

According to the wave analysis, the price is now between the two levels of Fibonacci (38.2% and 50%): 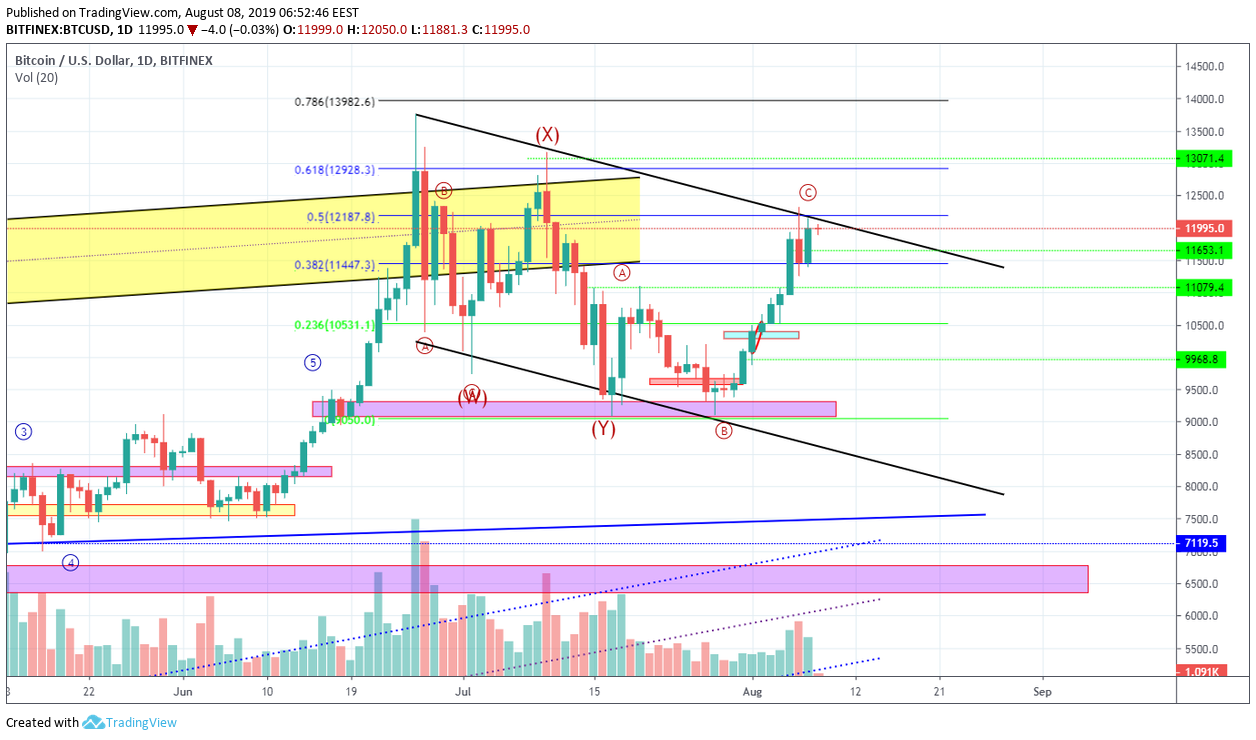 With a breakdown of the black trend line, the next target of Bitcoin buyers is about $13,000.

However, due to the lack of volumes, buyers need to keep a narrow consolidation near the trend line until the whole supply of sellers is released. Otherwise, we will continue to move inside the black channel with a final target of $8,200. An important moment which needs too much attention.

In tomorrow’s analysis, will we analyze whether the balance of power in the market has changed. And also whether the probability of buyers exit beyond the black channel has increased? Stay tuned!