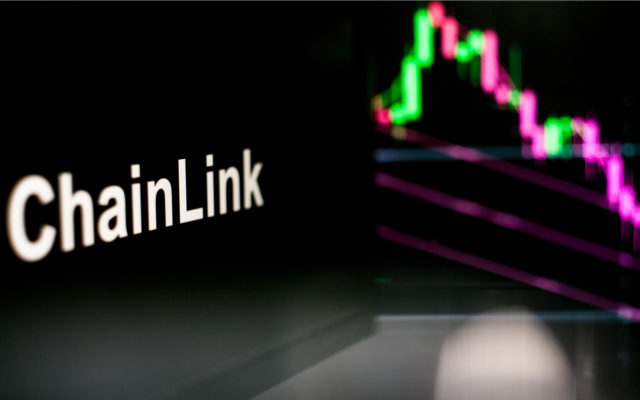 Roughly $600 million in the market value of LINK tokens has been erased after a series of bulk sales triggered in July. Following a 4chan media blitz conducted by the Chainlink development team, valuations have fallen by nearly 60% (after reaching highs above $4.80 on June 29th).

After Chainlink raised $32 million in its 2017 ICO, crypto analysts were already criticizing its skewed distribution metrics. Out of a total of one billion LINK, the development team held 650 million Links while allowing the 350 million remainder to circulate throughout the market. Despite the questionable foundation created by these unfavorable scenarios, ChainLink valuations rose by more than 3,710% in less than two years.

However, large portions of these gains accumulated after an apparent marketing blitz on 4chan’s /biz/ board was conducted earlier this year. In a matter of weeks, ChainLink valuations experienced a ten-fold rally that caught many in the market off-guard, with TrustNode asking some tough questions:

For months now 4chan’s /biz/ could easily be mistaken for /chainlink/, leading one to dismiss the project. The astronomic recent rise of about 10x in weeks could also lead one to just call it a 4chan pump, but is there actually something here?

Shortly thereafter (July 6th), the Chainlink development team issued a statement that should have been viewed as an ominous warning signal for any crypto investor with bullish exposure:

We do sincerely appreciate our community’s continued support and understanding as we expand the number of people working on Chainlink, and we will of course do our best to ensure that our expansion plans are accomplished responsibly, carefully managing the company’s resources, capital and LINK.

In the press release, we can see the development team telling its investors that the ChainLink team needed to sell portions of their massive holdings in order to hire new people (i.e. for positions like “Technical Documentation Writer”). However, these claims remain questionable given the fact that ChainLink raised $32 million during its ICO less than two years ago.

The ChainLink story sounds eerily similar to events that unfolded at XRP, where another series of unfortunate market practices led to significant losses for investors.

As Bitcoinist reported, Ripple Labs systematically dumped an average of 2.425 Billion XRP tokens each year (starting in 2014). When many coins in the crypto market saw declines of +90% during the bear market periods of 2018, XRP valuations plummeted by roughly 88% (relative to its BTC pairing). Despite the massive losses felt by most investors, Ripple Labs still managed to bank incredible profits of more than $530 million.

According to data compiled by etherscan, heavy selling pressure was directed at ChainLink over a 40-day period where 700,000 Links were sold on 14 different occasions. With a total of roughly 10 million Links sold, this creates an estimated market value of about $30 million.

The chart history has only added to the market’s suspicions, as it shows large volume spikes on June 13th and June 29th. Both periods are accompanied by surges in market valuation. The second major increase in volume saw a rise to over $860 million, which is notable given its $1.4 billion total market cap.

Trends have since fallen back to more normalized levels with volumes of approximately $70 million and price valuations below $2.50.  However, these divergences from the historical averages suggest more could lie ahead for those following the storyline of ChainLink.

What do you think lies ahead for ChainLink? Let us know in the comments below!