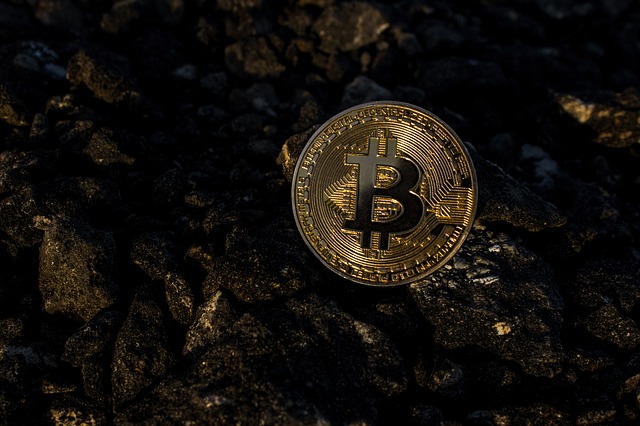 Bitcoin price has taken a mid-week beating, losing some 8% of all the gains registered since the weekend, but it does appear that the bulls are determined to hold on for a while. Altcoins are looking to be defenseless in the face of all these happenings, with most coins in the top 20 by market capitalization shedding more than 5% of their value.

Thin volumes are once more the showing on the cards, as the five-day low for Bitcoin price betrays a tendency of technical traders not to put up enough orders to hold the banks against the tides of profiteering.

There is not much, as usual, that seems to be the reason for this departure from rising trendlines today, but there is some news tricking out of China, where summer floods are reportedly wiping out Bitcoin mining farms. However, hash rate appears to be rather unaffected and life goes on with these annual natural disasters as summer rains and melting ice take mud and water to sweep facilities away.

2/2 clip of personnel digging out miners from the mud: pic.twitter.com/QebXEqBjrN

Chinese cryptoc mining pool Poolin, currently fourth-largest active pool on the Bitcoin network, reports a farm being completely inundated by floods and posting photographs and videos of staff members retrieving equipment from the silt left behind by the floodwaters.

It seems that the hashrate is not affected much.

Local media portal 8btc’s co-founder, Red Li, was also busy adding more photos, but noted interestingly that Bitcoin’s hash rate had survived any negative impacts. Even Bitmain, who is rumored to have huge mining farms across China, has not registered any drops in hashing performance.

It would appear that miners have learnt their lessons from the happenings of the same last year, when July floods in the same flood-prone provinces apparently triggered a huge drop in Bitcoin hash rate, which some say was a major contributor to price falling all the way to USD 3,100 a few months later.

Not all the news from the East is positive, however, with the US Treasury Department’s Office of Foreign Assets Control (OFAC) today issuing sanctions on three Chinese nationals along with crypto addresses belonging to them. They stand accused of violating money laundering and smuggling of narcotics.

The three individuals were named Xiaobing Yan, Fujing Zheng and Guanghua Zheng, and they fell foul of the Foreign Narcotics Kingpin Designation Act.

This is only the second time that OFAC has sanctioned persons and crypto wallets, but crypto users will be mocking the seemingly futile attempt at blocking these individuals from transacting, just as they failed to do last year when they similarly sanctioned two Iranian nationals and their Bitcoin wallets.

Outside of Bitcoin but in related news, crypto exchange Bitfinex and stablecoin firm Tether have requested a judge to dismiss the New York Attorney General’s (NYAG) case against them on the basis that they have no customers in the state.

The two companies, who share some owners and management, called NYAG’s request for documents from the firms to be an “onerous” request, since the firms do not have clients in New York, and since the AG “has not identified, even in a general sense, any ‘victim’ in New York (or, it should be noted, anywhere else),”.

Late in July, the NYAG froze Tether’s assets with a preliminary injunction, requesting it for documents detailing a USD 625 million loan and a USD 900 million line of credit that Tether offered to Bitfinex.

Bitfinex apparently needed the injection of money to fulfill customer withdrawals, which had been delayed when USD 850 million of its own funds were stuck in Crypto Capital, a payment processor also being investigated by regulators.

Bitfinex and Tether have been for many years the targets of accusations of fraud and scandal, and have been accused of helping to manipulate the price of Bitcoin. This latest episode does seem to be firmly against the companies, but it is important to note that no proof of criminal action has ever been presented.

Meanwhile, there are rumors of Tether planning to issue yet another stablecoin even amid all the drama. This time, if what a purported shareholder told CoinDesk is true, the new digital asset will be “backed by Chinese yuan held in a bank in Belgium”.

.@tether_ is planning to issue a new stablecoin backed by Chinese yuan held in a bank in Belgium, says @bitfinex shareholder @zhaodong1982. Launch expected "within weeks."
Report by @WolfieZhao https://t.co/f9hLxVNSuN

Truth, rumor or falsehood, expect more news, more drama, as investors find ways to distract themselves when there is little price action for Bitcoin.