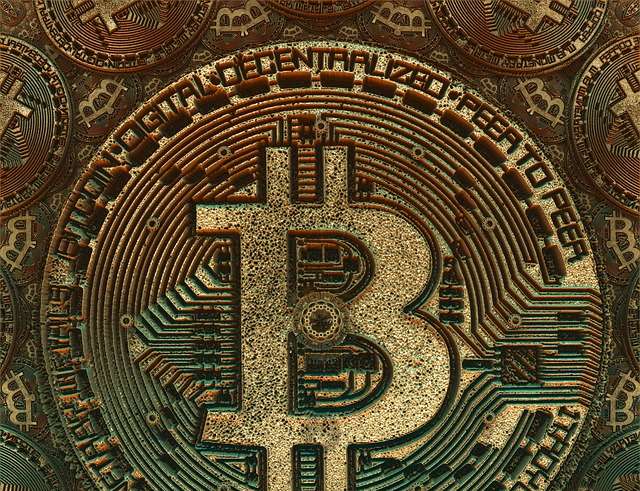 Sunday usually proves to be a source of inspiration for bullish traders of Bitcoin, but we could not have seen yesterday’s late plunge below USD 10,000, especially after we reported on Saturday that Bitcoin price had succeeded in exceeding that level for over 48 hours.

It started almost right after noon time London, when Bitcoin stumbled twice in three hours, recording the low of USD 9,950 at 3:15 pm London time (CoinDesk). While North American traders quickly took it upon themselves to restore the uptrend, a sudden crash below USD 10,000 happened again at 11:30 pm UTC. Almost immediately, the same traders pushed forth orders, creating today’s high at USD 10,202. It has been 12 hours since, but while the price has remained above the five-digit key figure, there seems no willingness from buyers to fight the downward trend.

What will next week bring us in terms of sentiment? We could look at older news and hope for some updates to lift moods. Last week’s telling off of the Reserve Bank of India by India’s Supreme Court would have boosted spirits among those waiting patiently for crypto clarity in the world’s second-most populous nation.

Hearing of Crypto case has resumed.

Most likely the arguments will conclude today.

This coverage is #powered by @coindcx pic.twitter.com/DJalJkM4zb

The country’s central bank was roundly criticized by the court for its poor handling of the business ban it had enforced on companies with activities related to cryptocurrency. It also ruled that officials had failed to respond appropriately to concerns from the industry. In summary, according to Crypto Kanoon:

“Case takes the most unpredictable turn. Justice Nariman directs that RBI must respond to the representation in the manner appropriate. Offers to defer the case for 2 weeks as part heard, let the answer come on reconsideration of banking ban by RBI. RBI has agreed.”

RBI now agreed to a two-week deadline to provide this much-needed clarity, but if it does this next week, Bitcoin price could see a surprise boost, especially given that India itself is also supposedly looking to implement an outright ban on crypto for its citizens. In any case, it will be a jittery fortnight to wait on.

Meanwhile, in Australia, news has emerged that a hacker has confessed to fraud involving 100,000 Ripple tokens (XRP) worth half a million Australian dollars at the time (Ripple’s price plunge since then means the same amount is only worth around USD 25,000 today).

The first person charged over cryptocurrency fraud has pleaded guilty, swindling almost half a million dollars worth of the currency known as Ripple. Katherine Nguyen made no apology to her victim, aware she could be facing jail time when sentenced in October. @ebatten7 #7NEWS pic.twitter.com/iaU9YKgyHp

The theft happened in 2018 when the hacker, who was 24 years old at the time, hijacked a senior citizen’s email account for two days before giving back access to him.

Local news outlet 7News Sydney reported that Katherine Nguyen, had stolen the funds and had made no apology, despite being aware of possible jail time back in October. Nguyen is the first-ever Australian resident to plead guilty for crypto-related fraud.

While news of hacks and thefts seem to paint crypto in a bad light, this particular case may actually be adding further proof to the case that crypto may be good for preventing financial fraud. This is because Nguyen’s case involved ten months of criminal investigations in which detectives were able to trace where the XRP went to after they were stolen — thanks to the analysis of transactions on XRP’s public blockchain.

Onlookers would also do well to remember that dark markets like Silk Road were eventually taken down and many traders eventually caught because they were using Bitcoin — a crypto that is also operating on a public blockchain where all transactions, including those sent to exchanges for liquidation to fiat, are recorded for all to see.

Whether or not crimes like these give crypto a bad name or are advertisements for their transparency, we can only guess.

Since we talked about John McAfee today, we might as well mention that yet another US Presidential candidate has claimed to be speaking up for Bitcoin. This time, Casa CTO and self-professed professional cypherpunk Jameson Lopp has claimed that he may consider running for Trump’s position next year.

Thinking about running for POTUS on a single issue platform: if elected I'll give every citizen $1,000 in Bitcoin a month. This is doable because we'll never run out of dollars and the economics will benefit America in the long run since we'll end up with the most BTC.

He may not be the huge influencer he would like to believe he is, though, with just over 1,400 likes to his Tweet, but it is at least enough to show that McAfee isn’t the only crypto player in town.

At least one person seemed to think the idea was somewhat plausible, with Xsquared Ventures partner Brad Mills responding:

“3.9 Trillion per year. At the end of your first term you’ll have the US National debt at 37 trillion dollars. The marketcap of Bitcoin will be about 18 trillion dollars after year 4, nearly $1 million per Bitcoin. It’s actually mathematically feasible given gov’t spending.”

Presidential hopefuls aside, we have nothing but the week ahead to look forward to. Let’s pray for something a bit more exciting than the dullness of Bitcoin price in consolidation.