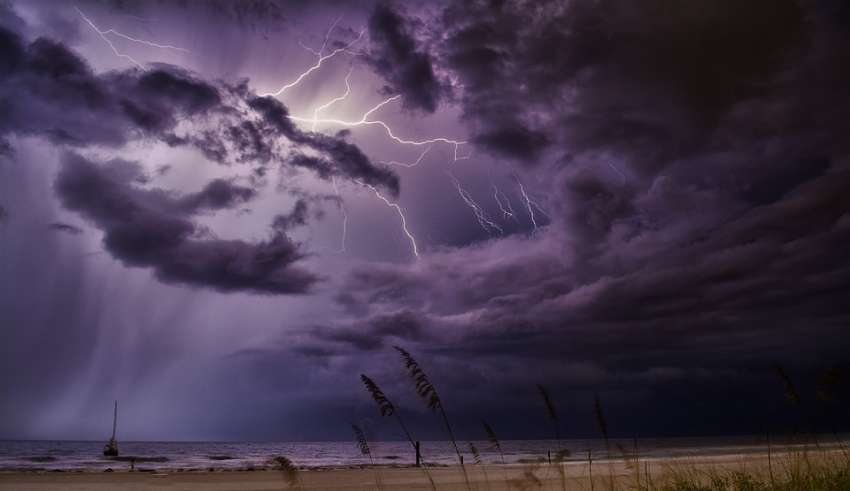 The weather impacts practically every aspect of life on this planet. Temperature forecasts are important for determining whether to wear a winter coat or athletic summer ware; fog can make the difference between good traffic and bad traffic, rain and thunderstorms can completely change someone’s outdoor plans, and so forth. Sometimes the weather can turn extreme, with hurricanes, blizzards, tornadoes, heat waves, floods, and arctic outbreaks. Sound weather forecasts can even save lives and protect property.

Weather forecasting has advanced greatly since the old days when literally all one could do is look at the clouds on the horizon. Today, there are satellites in space which constantly observe the weather across the planet and there are millions of instruments deployed across the world which record meteorological data. Doppler radar can tell when rain and high winds are approaching, and computer models have become so advanced that the Earth’s atmosphere can be projected several days forward with consistent accuracy.

However, weather forecasts still have room for improvement. Hurricanes and tornadoes are still difficult to predict even in the short term, as well as blizzards and flooding events. This article explores if blockchain technology can improve weather forecasts by taking a look at several firms that are experimenting with the interplay between weather and blockchain.

Apparently, 98% of the activity on Bitcoin SV’s blockchain is from Weather SV, an app which stores weather and climate data immutably on blockchain. In general, Bitcoin SV distinguishes itself from Bitcoin since it has much larger block sizes, 2,000 mb in comparison to Bitcoin’s 1.2 mb blocks, and it is notable that a weather app is one of the first types of applications to utilize this large amount of storage space in each block.

WeatherSV is now live!! Activate your own automated weather channels from 40,000 live stations. Store your local climate data on #BSV blockchain forever. Much more to come. Big shout out to @_unwriter, @money_button and @nchainglobal. https://t.co/anyiEOga6v

Weather SV operates by activating a channel for a certain city, at which point meteorological data for that city is written immutably to the Bitcoin SV blockchain. It apparently only costs 5 Australian dollars (AUD) to activate a channel for a city, and this is enough to cover 157 days of hourly data for that city including temperature, humidity, pressure, cloud cover, and wind.

There are now 4,503 active channels on the Weather SV map, creating a worldwide live weather map that can be utilized by meteorologists for their forecasts.

Another spin on merging weather with blockchain is monetizing the collection of weather data. There are numerous weather observation stations around the world, often in people’s backyards, but sometimes the data is not completely correct and not useful for forecasters. WeatherBlock aims to enhance the proliferation of accurate weather measurements by turning backyard weather stations into a way to mine cryptocurrency.

Essentially, users of WeatherBlock install a specific instrument that is calibrated with a network called BloomSky. It enhances the integrity of a weather observation network to use the same instrument, rather than many different types of weather stations. The data from the weather station is then fed into nexus, which stores the weather data and simultaneously acts as a blockchain node. Nexus connects the weather station to the internet of things (IoT), after which point the weather data can be exchanged on a decentralized market, and station operators are rewarded with the WXB token, which can then be exchanged for Bitcoin or other major cryptocurrencies.

This creates an exciting new paradigm where weather enthusiasts can earn cryptocurrency for doing what they would do anyway and simultaneously incentivizes the proliferation of a meteorological observation network that has accurate and calibrated data. This data can then be fed back into computer models and weather forecasts, and potentially improve weather forecasts.

So far, WeatherBlock has indeed proliferated, with 150,000+ users and 4 million data transmissions per day across 100+ countries.

Another blockchain-based project doing something similar is Observer. Just like with WeatherBlock, it rewards users with tokens, OBSR and ROT, for collecting meteorological data. Observer takes it one step further by allowing users to measure air pressure with their smartphone, making it possible for anyone with a smartphone to earn tokens. Unlike WeatherBlock, Observer allows any type of weather station to join the network and earn tokens, in addition to airplanes, cars, ships, and planes. It is clever that it includes measurements from vehicles that transit the land, sea, and air since that provides much higher-resolution weather data across places where weather stations cannot be installed. The one caveat of Observer is it is difficult to calibrate weather data coming from many different types of devices.

Thus, Weather SV, WeatherBlock, and Observer are proof that weather forecasting can benefit from blockchain technology. Weather SV shows how weather and climate data can be stored on a decentralized and immutable blockchain on a mass scale, which creates a decentralized weather observation platform and is an excellent way to preserve climate data. WeatherBlock and Observer have turned weather observations into a new way to earn cryptocurrency, incentivizing the proliferation of a dense and accurate meteorological observation network. This dense and accurate weather data can then be fed back into computer models to improve numerical weather forecasts.

Perhaps in the not-so-distant future, most tech-savvy people will be earning cryptocurrency from weather stations in their backyard and even from weather observations on their smartphones. Forecasts will be more accurate than ever before thanks to the blockchain-based network of high-resolution and accurate weather data. Ultimately, this merger of weather forecasting and blockchain technology may help save lives and protect property.

The post Does Blockchain Have the Potential to Improve Weather Forecasts? appeared first on BitcoinNews.com.