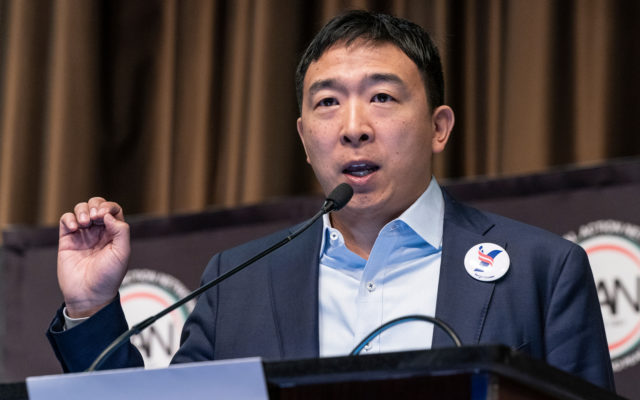 Visionaries can create the future and value for the world. Now two visionaries are joining forces. In effect, Tesla Inc. CEO Elon Musk announced his support for Bitcoin-friendly Andrew Yang’s run for U.S. president in 2020.

On August 10, 2019, while hosting the podcast Hard Core History, American political commentator and podcaster, Dan Carlin, commented on Yang’s leadership qualities. In response to those comments, Musk hastened to broadcast a Tweet announcing his support for Yang. 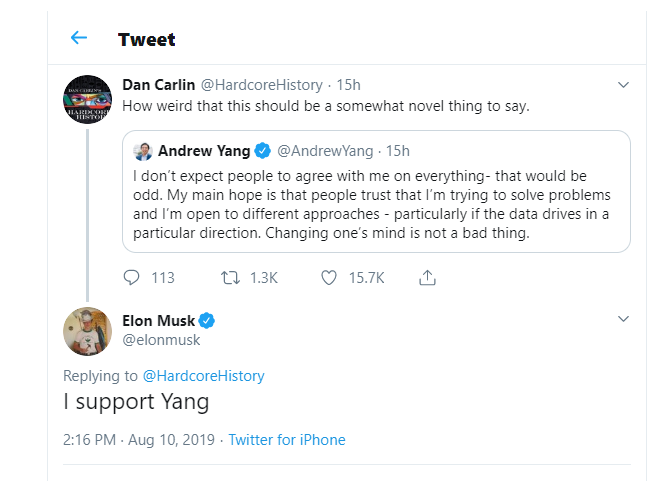 Yang is a Democratic candidate and a proponent of a universal basic income. He accepts campaign donations in Bitcoin, Ethereum, and any other crypto asset complying with the ERC20 standard, as well as Venmo payments.

Most notably, Humanity Forward Fund, through the Opennode platform, is accepting campaign donations exclusively in Bitcoin for 21 days, from July 25, 2019, to August 14, 2019. 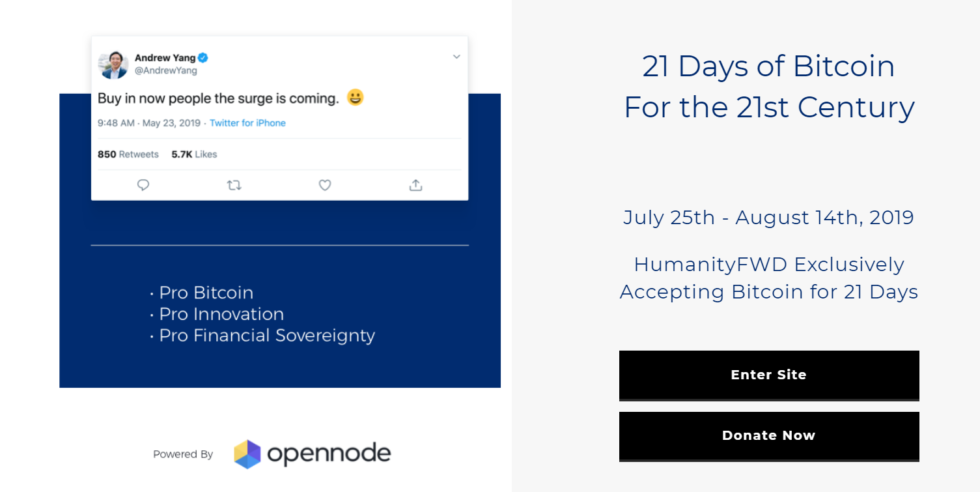 In addition to being pro-Bitcoin, Yang brings innovative ideas to the debate. Most outstanding is his universal basic income proposal, which his campaign website describes as follows:

Andrew would implement the Freedom Dividend, a universal basic income of $1,000/month, $12,000 a year, for every American adult over the age of 18. This is independent of one’s work status or any other factor.

As Bitcoinist recently reported, Musk and Amazon CEO Jeff Bezos are planning to launch thousands of satellites into space. The purpose of this project, according to Bezos, is to provide Internet access to millions of people. And, let’s not forget, Bitcoin is the currency of the Internet.

Moreover, billionaire Elon Musk thinks, “Bitcoin structure is brilliant.” So, the endorsement of Yang’s candidature by a visionary such as Musk will most likely help to increase Bitcoin’s rate of adoption.

How do you think Elon Musk and Andrew Yang could catalyze Bitcoin adoption? Let us know your thoughts in the comments below!