Ethereum has managed to rebound and remain above the rising support line we had mentioned in our previous ETH analysis. The cryptocurrency has seen a four percent price rise over the past seven days, which has allowed the price of ETH to reach over $193.

Even though ETH has remained above the trend line, the cryptocurrency looks to be (still) in a fragile situation. However, if ETH/BTC can start to turn bullish, we may see a resurgence in ETH/USD back above the $200 mark.

ETH remains the second-largest cryptocurrency, second to Bitcoin, with a market cap of $20.61 billion.

Looking at the ETH/USD 1-day chart: 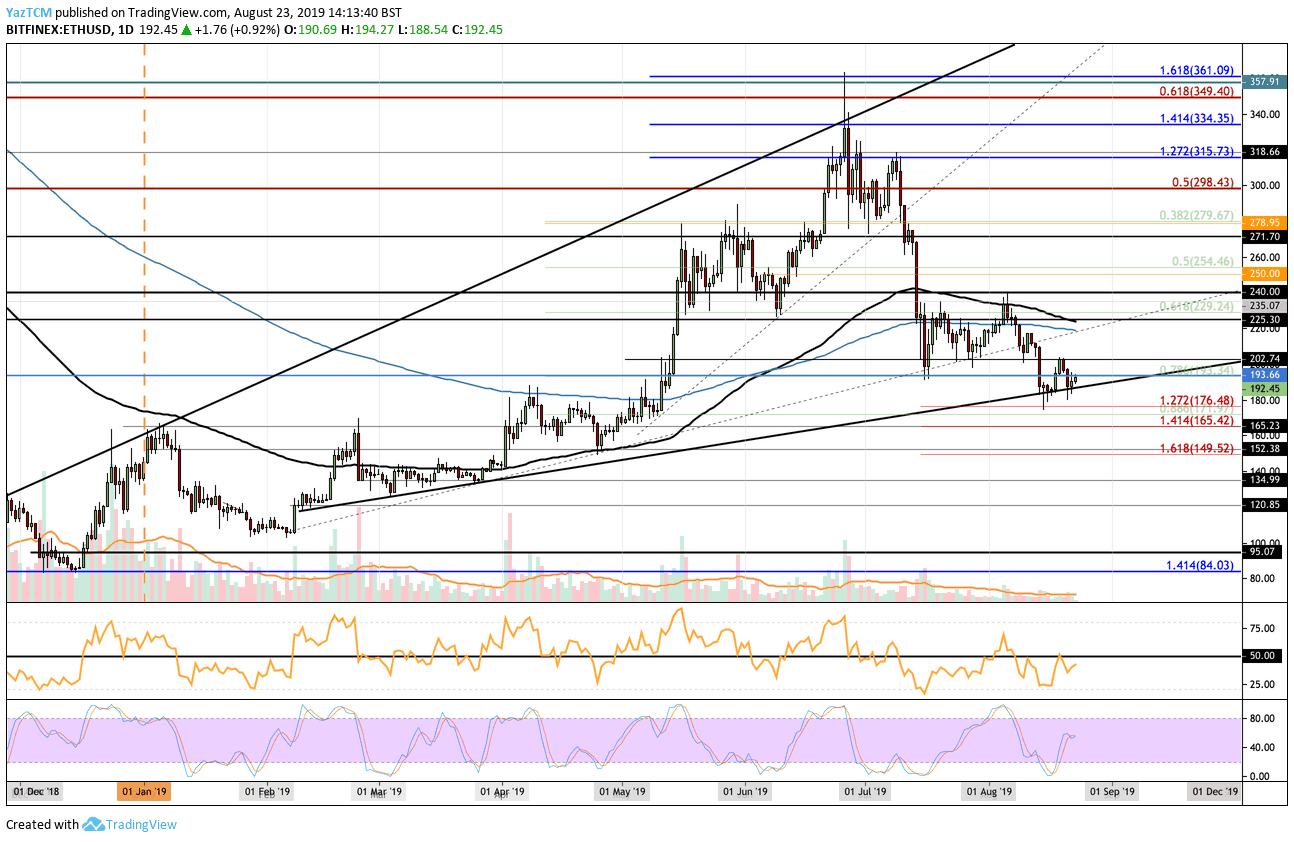 Looking at the ETH/BTC 1-day chart: 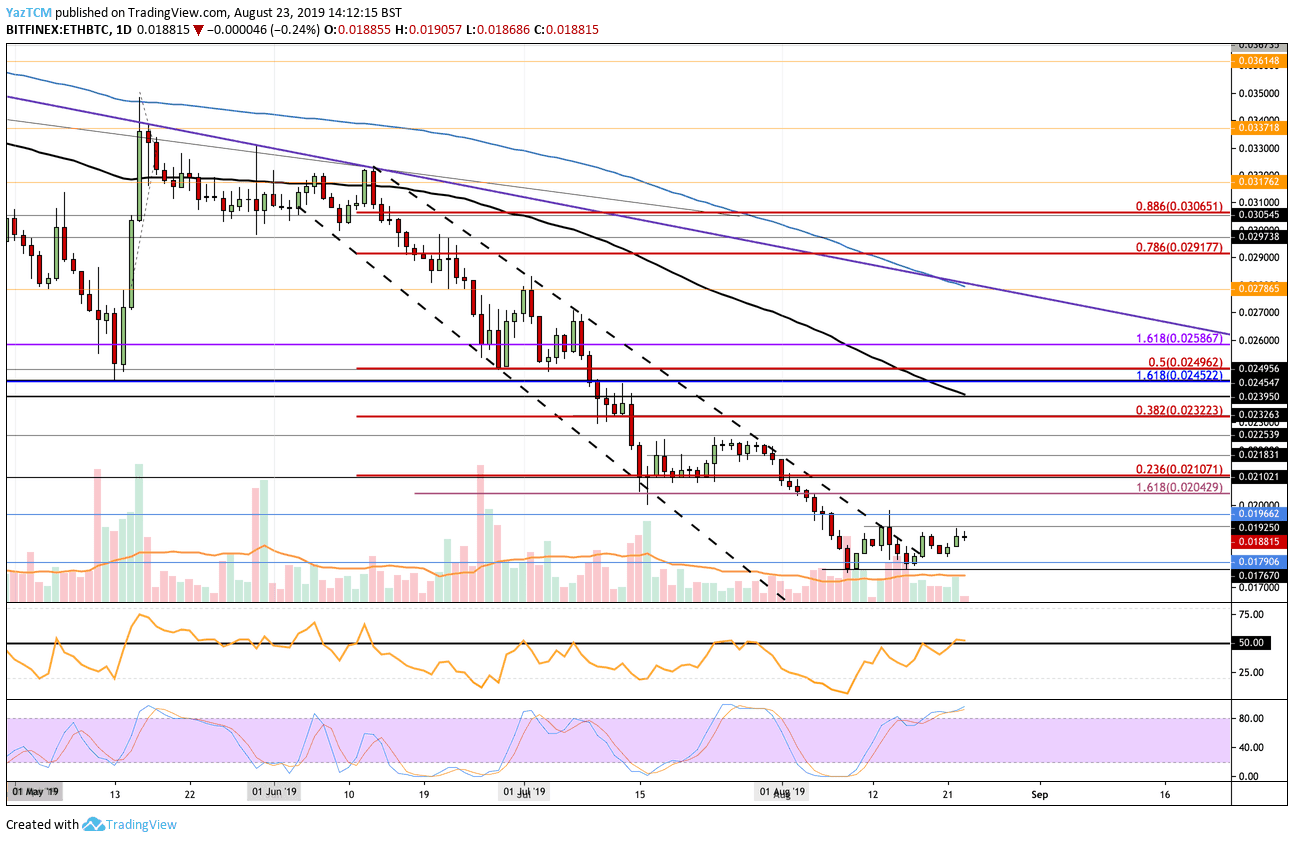 The post Ethereum Price Analysis: ETH Gains Against Bitcoin, Is This a Shift In Trend? appeared first on Bitcoins Channel.