Over the past two days, Ethereum sellers have tried several times to break through the bottom trend line of the triangle. At one point, it was on increased volumes, but there was still not enough: 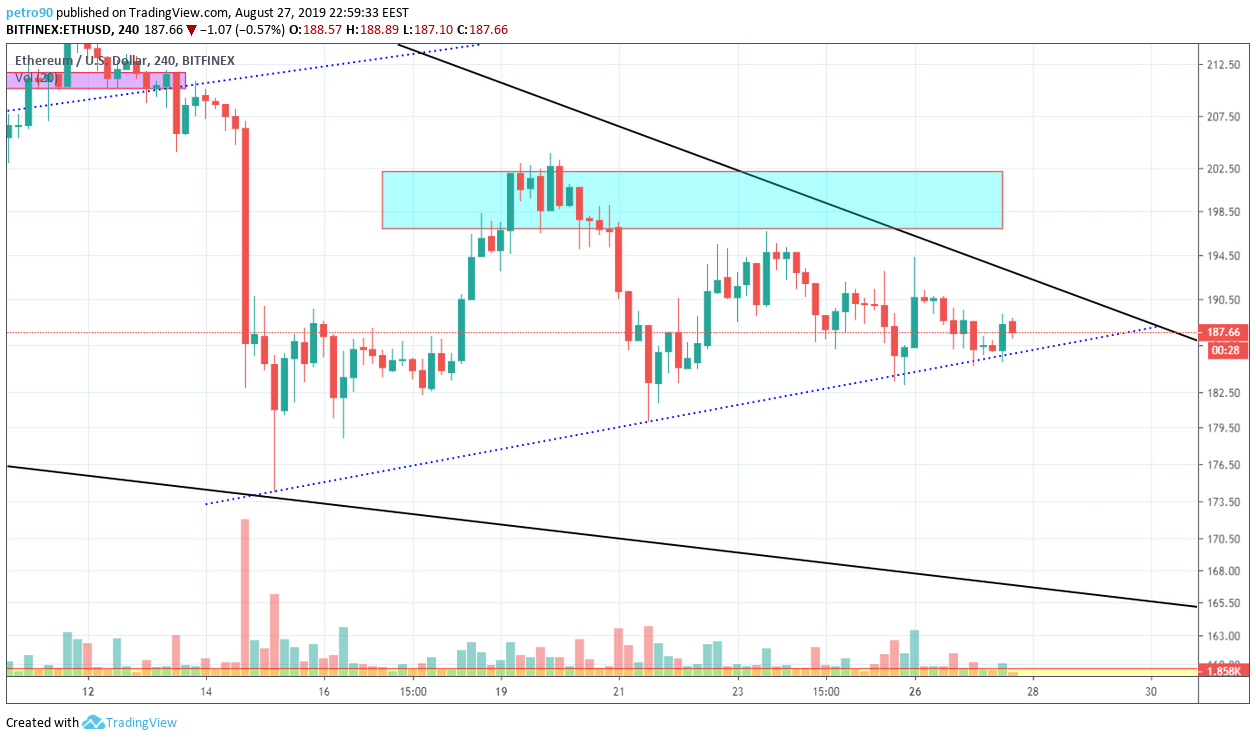 According to the chart, we see that the market participants have left to play ping pong for no more than two days; after that, the moment of truth will come. Although in such cases, predicting price movements is a thankless thing, as calculating the probability in triangles is a whole science, which apparently no one knows perfectly. However, looking on the power of buyers, which is virtually absent, we think that the price will go down (it is visible on volumes).

In spite of our pessimistic forecast, buyer mood is wonderful: 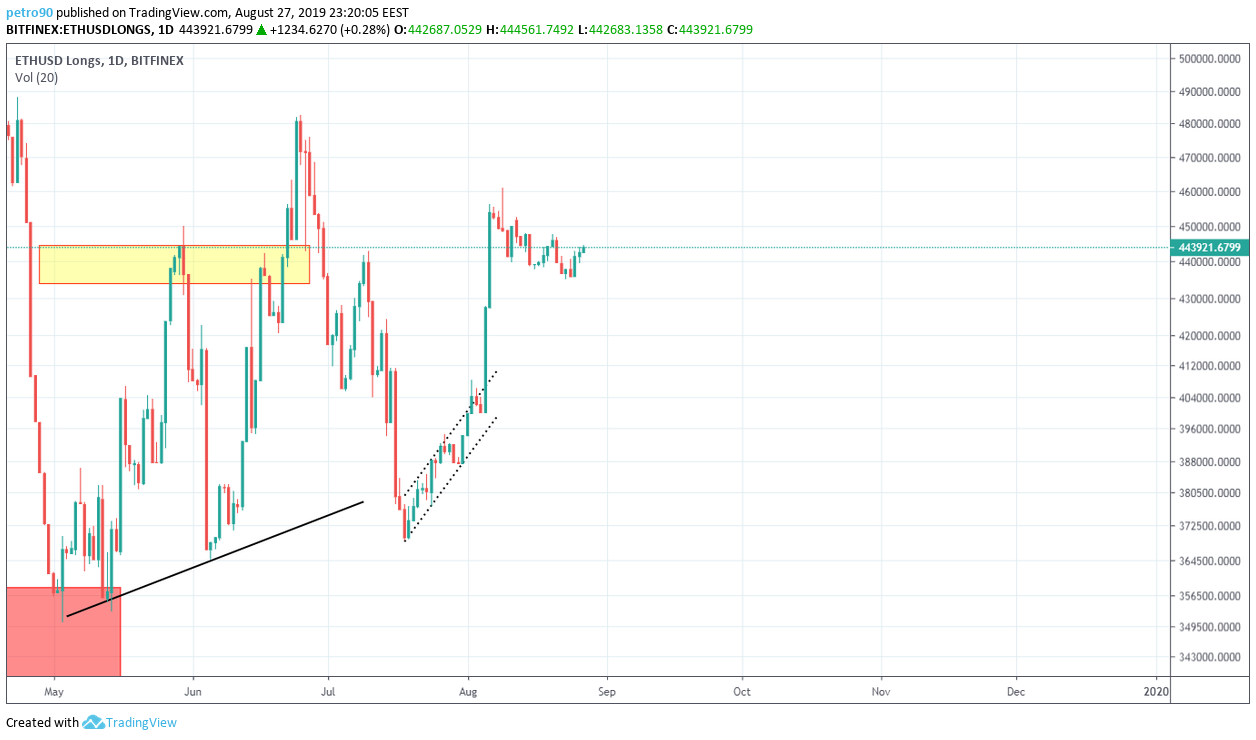 As we can see after a sharp increase in positions, the correction takes place in a narrow hollow channel. The correction is ready to end in the direction of increasing positions at any moment. 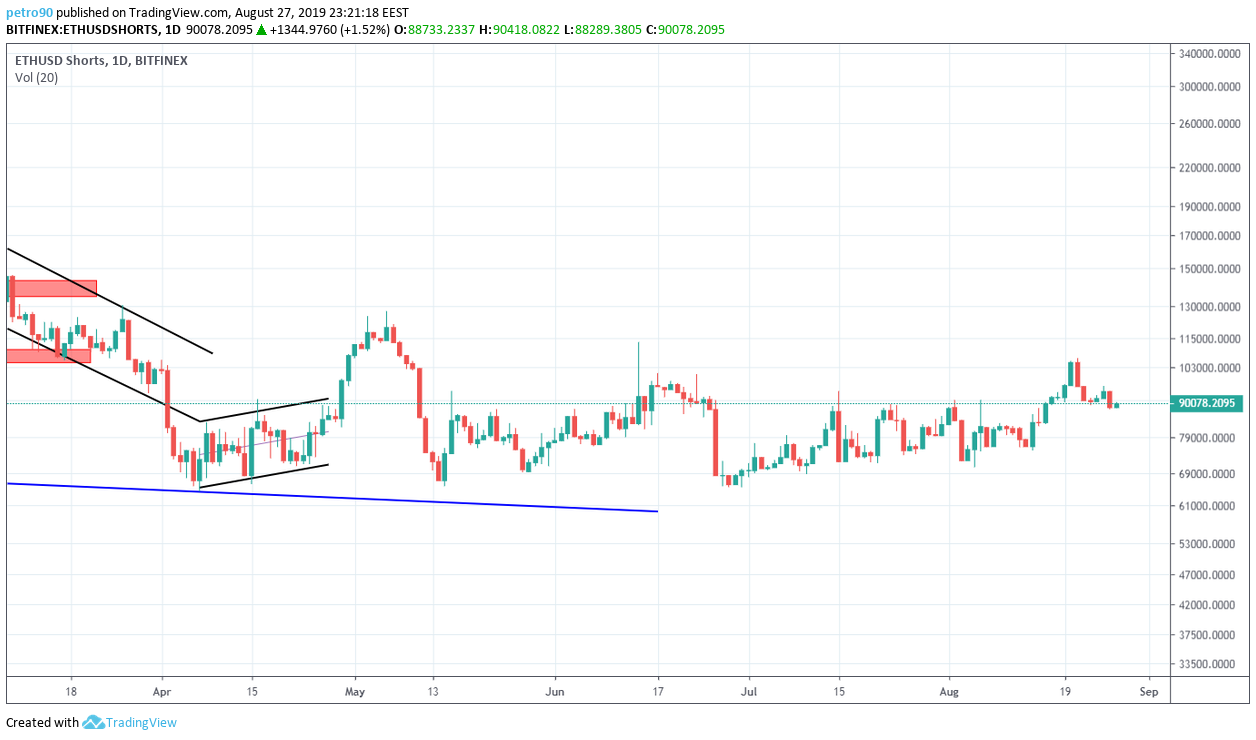 Sellers can not break away from the historical low.

According to the wave analysis, for a long time we do not see changes and we expect breakthrough of the price $175, in which the wave (Y), which started on 6 August, will be equal to the wave (W) * 0.382: 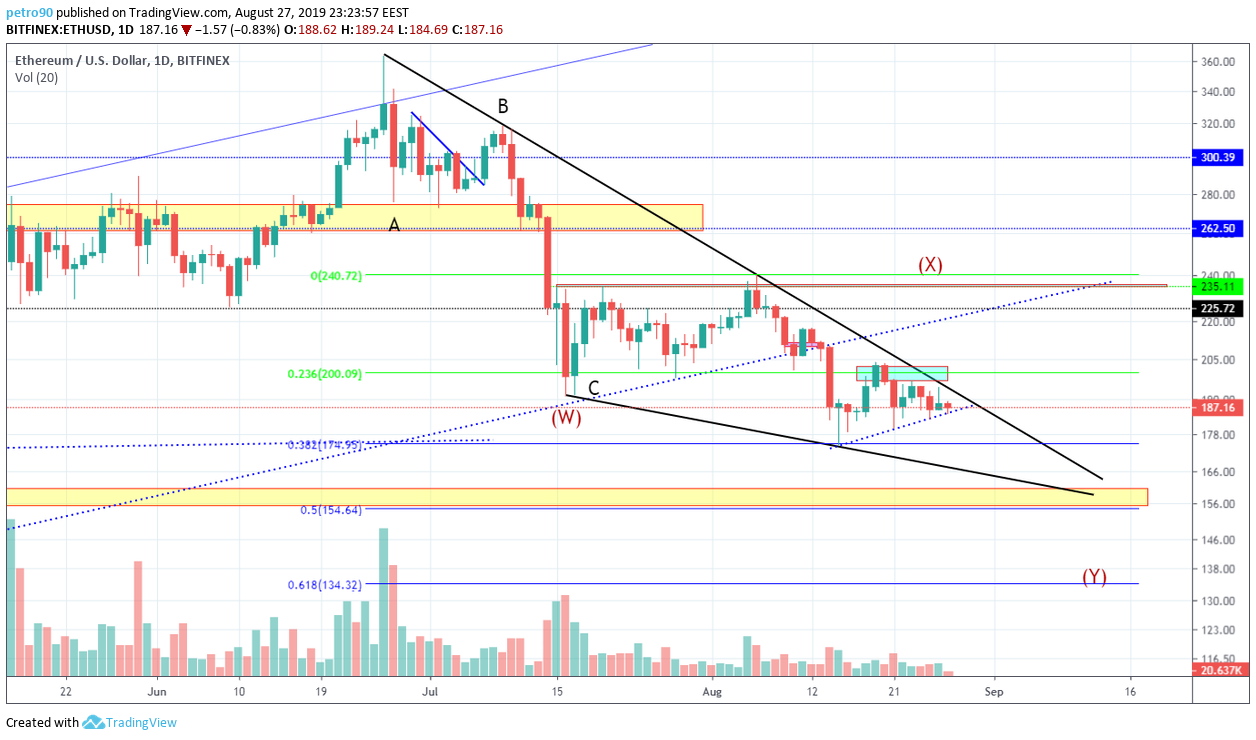 The next important level of Fibonacci is 50% in the price of $155. Since Ethereum buyers have failed to fix above the price mark $200, we are still not considering the growth scenario. We will expect dynamics in the market as the summer goes by and it is time to work. We wish you good trades! See you on the Thursday Ethereum analysis.