Well… the first critical point of Ethereum buyers is over and the price stopped near the lower trend line of the black wedge. What is next? As we can see, the candle which has broken through the exciting consolidation with a week length looks a bit menacing. Ethereum sellers managed to lower the price almost by 11% within 1 hour. Pay attention to the volumes of this candle and the volumes of the following candles: 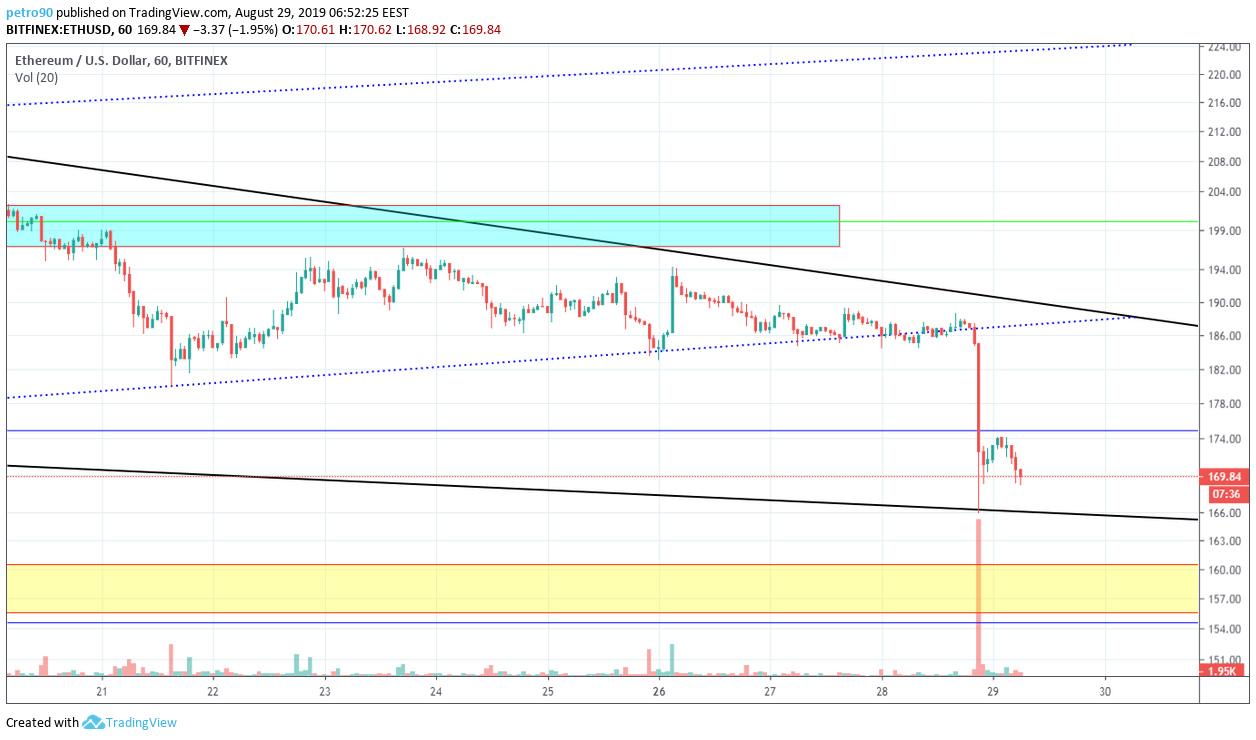 So far, we have not noticed the fight from the seller side. In most cases, after such a sharp movement, it takes time to continue the movement. We will see, if there is anyone to defend the trend line of the wedge so that the price continues to trade inside. However, at such speed, we should expect at least attempts to break the trend line, during which we will try to understand the alignment of forces.

An aggressive candle is also visible on the daily timeframe, but the volumes per day is not as striking as on the smaller timeframes. The next serious target of sellers is the price zone of $155-160. If we look at the volumes at which the current fall is occurring, then the probability of sellers to break through and fix  below this price zone is still small.

Starting from December 2018, trading volumes have been systematically decreasing, regardless of the price movement direction. Therefore, the issue of the price exit down from the wedge is also a big question. To change the trend, buyers should fix above the price mark $185, where a series of false sellers breakdowns starts. Also there passes the upper trend line of the wedge: 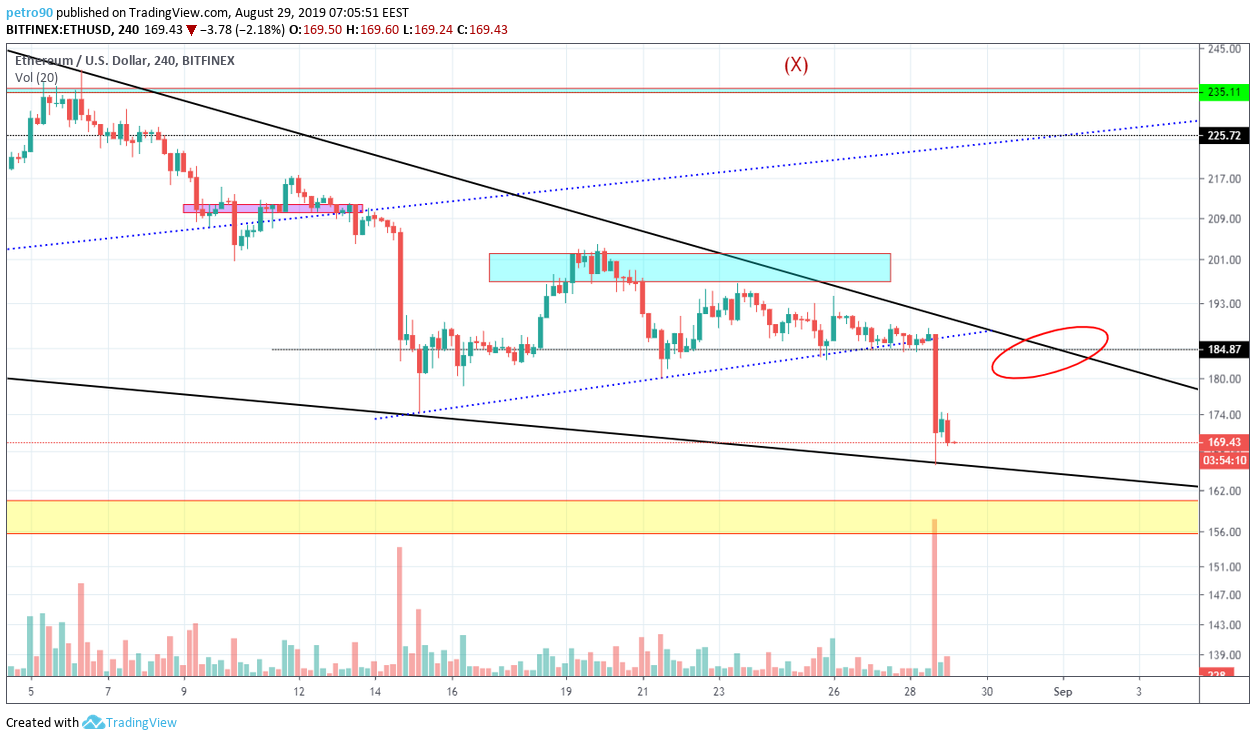 Marginal positions of Ethereum buyers began to decrease, but within the limits of norm and current consolidation: 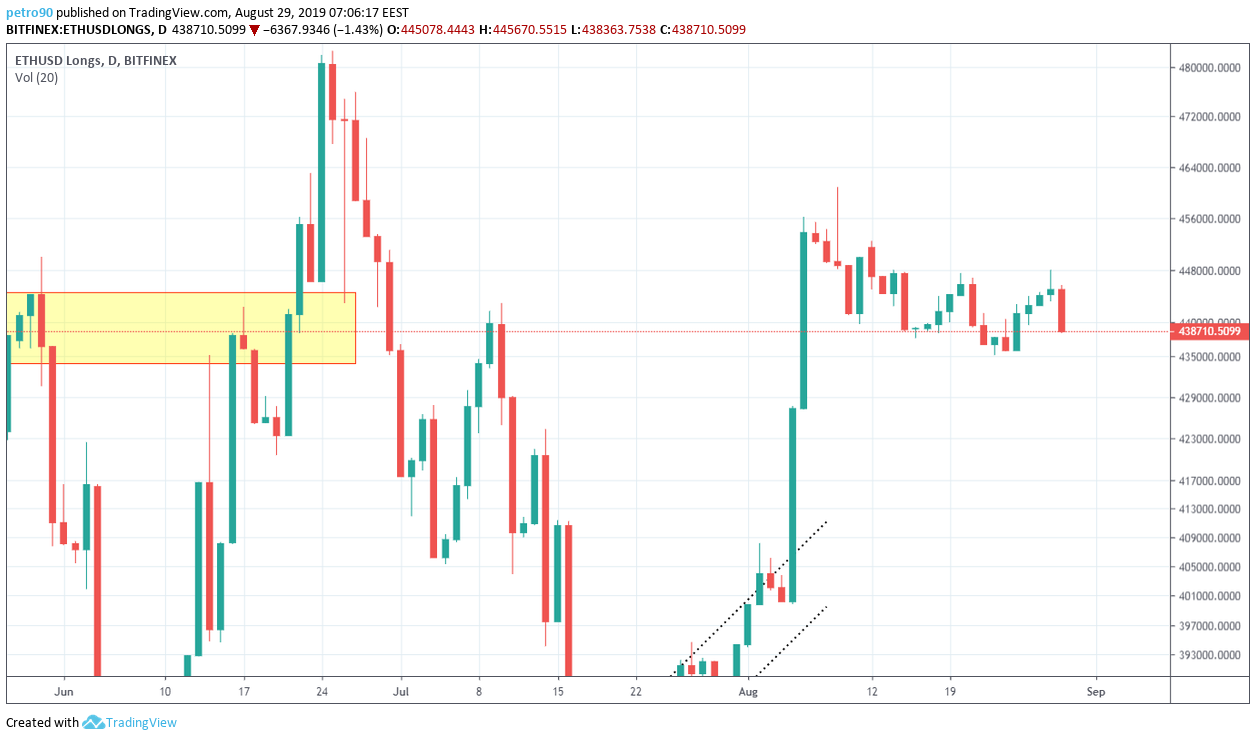 Buyers have not panicked yet.

Sellers, on the contrary, are gradually increasing their positions and trying to move beyond the 4-month consolidation: 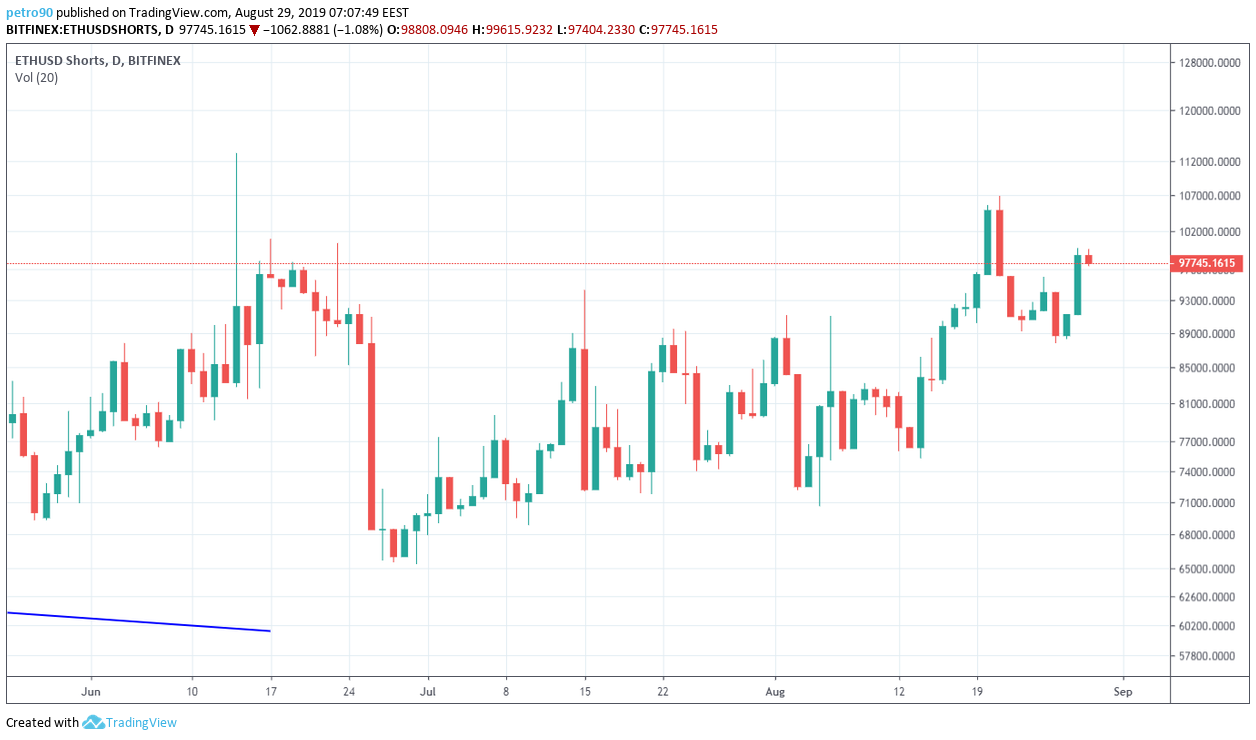 According to the wave analysis, sellers broke the price mark $175 which we wrote about in previous analyzes and which was a powerful breaking point before the test of $155: 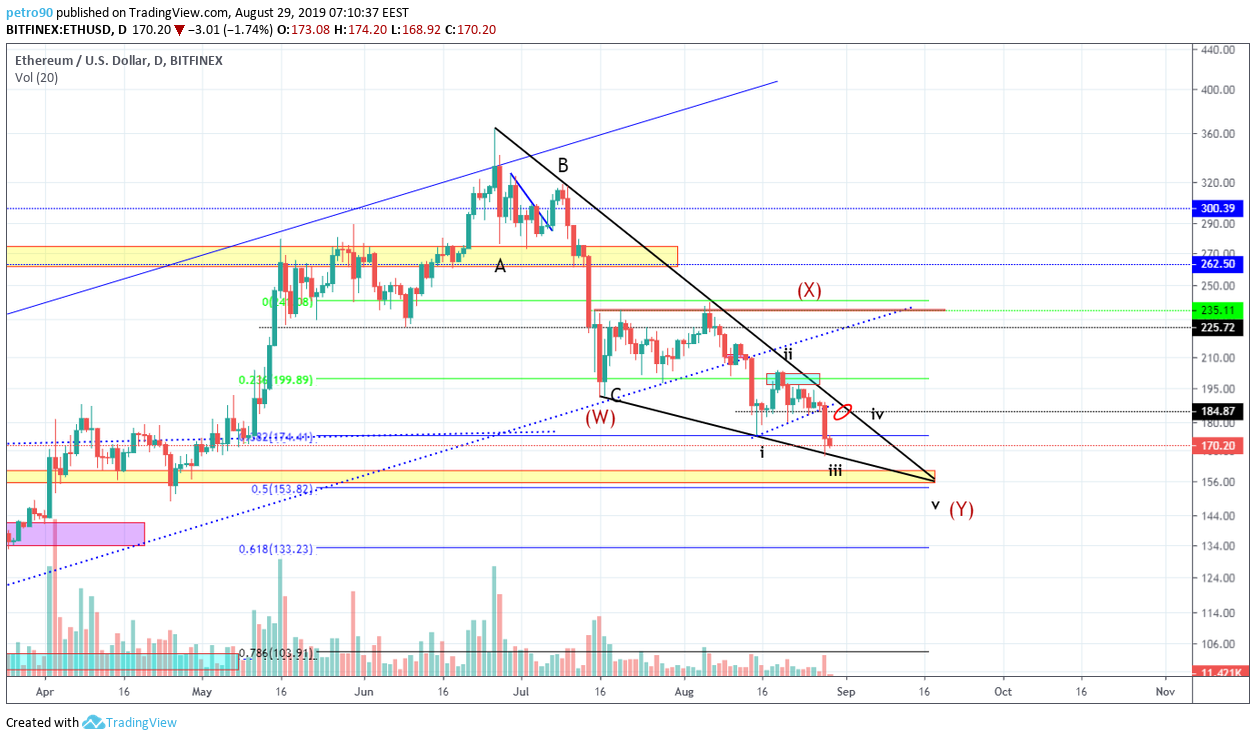 Thus, the formation of the wave (Y), which began on 6 August, continues. Given the nature and structure of this wave, we see a great chance for Ethereum buyers to try to test $175-180. After that, the final 5th wave should be formed, the subwave of the global wave (Y).

A clear price stop on the wedge trend line speaks of slowing down and increasing the chances of buyers to push the wedge up. It is confirmed by the low volumes during the attack of sellers. Therefore, it is the task of buyers to maintain a black trend line. Let’s see on Saturday whether buyers will cope with this task. Have a lucky end of the week!