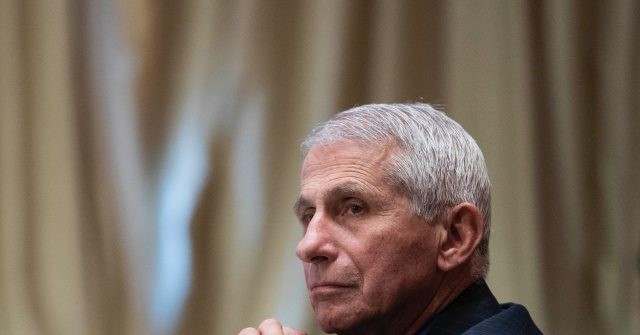 Dr. Anthony Fauci, director of the National Institute of Allergy and Infectious Diseases (NIAID), has been silent as a measles case reportedly broke out at Fort McCoy where thousands of Afghans are living as part of President Joe Biden’s massive resettlement operation.

On Wednesday, Fox News’s Jennifer Griffin and Adam Shaw reported that a “senior U.S. government official” confirmed that “officials identified a single measles case as part of what they called a robust health screening process.”

Fort McCoy Army Base in Wisconsin identified a case of the measles this week as it brings in thousands of Afghan refugees as part of the mass evacuation effort in the wake of the Taliban takeover of Kabul. [Emphasis added]

An internal government email, viewed by Fox News, said that the base confirmed a case of the measles on Sunday. [Emphasis added]

“All those who had been in contact with the infected person at base have been isolated, and post-exposure prophylaxis and inoculations are in process,” the notice said. [Emphasis added]

Fauci has yet to comment on the reported measles case and the NIAID did not respond to a request for comment when reached out to by Breitbart News on Wednesday.

In the past, Fauci has commented on such measles outbreaks in the United States. For example, in 2019, Fauci blamed Hasidic Jewish residents in New York City and Somali immigrants for recent measles outbreaks.

There are isolated areas, demographic groups that have a much lower level of vaccination, as we saw with the situation of the Hasidic Jewish community in Brooklyn and Rockland County, as well as the Somalians in Minnesota who had a very low level of vaccination, went below that critical level.

As Griffin and Shaw noted, the Centers for Disease Control and Prevention (CDC) indicates that Afghanistan has the seventh-highest number of measles cases in the world — a public health risk that could leak into the U.S. as part of Biden’s resettlement operation.

Fort McCoy is only one of the military bases where the Biden administration is sending Afghans after they arrive in the U.S. without having completed their immigration processing.

Others include Fort Bliss in Texas, Fort Dix in New Jersey, Fort Lee in Virginia, Holloman Air Force Base in New Mexico, and Camp Atterbury in Indiana. After their arrival, Afghans are provided with a one-time $1,250 payment.

Biden is looking to bring, in total, about 95,000 Afghans to the U.S. for permanent resettlement. His White House is asking Congress to authorize $6.4 billion in taxpayer money to fund the resettlement operation.