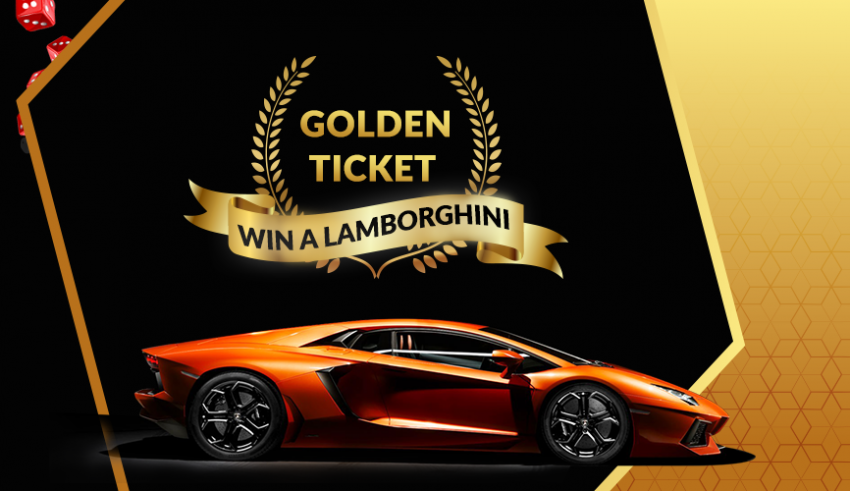 Freebitco.in is a name synonymous with the early days of Bitcoin, with 6 years of experience as a renowned bitcoin faucet site. During this period, the game-changer amassed millions of dedicated members who have come to believe in the Freebitco.in ecosystem for their Bitcoin-related gambling games.

And now, Freebitco.in is set to give back to all its community members in the easiest way crypto enthusiasts can relate to — a Lamborghini Huracan. This iconic grand prize is to be won in Freebitco.in’s ongoing Golden Ticket Contest.

The Lamborghini has a vibrant history in cryptocurrency, trailed by a long-running meme ‘When Lambo’, an iconic word for the luxury life of wealth to follow soon after participating in blockchain-based platforms. The popularity of the Lamborghini in the crypto sphere was capitalized on during the Coindesk Consensus Conference in 2018. The vehicle stole the show as rows of simultaneously purring Lamborghinis graced the New York Hilton Midtown for the event, bringing the meme closer to reality.

Owning a Lamborghini is the million-dollar dream of many crypto enthusiasts, the symbol of success, one that is believed to be achievable by engaging in crypto-related activities, or so the myth goes. Freebitco.in is turning this myth into reality for the 25.1 million registered users on its platform.

FreeBitco.in has already carved its niche as one of the oldest serving bitcoin faucets and casinos in the industry. Since its launch in 2013, it has distributed more than 187,000 Bitcoin.

Also, as a blockchain-based platform, FreeBitco.in randomizing algorithms have always met the satisfaction of all its users and is set to do the same with the Golden Ticket contest by making it simple and easy to join, with the winner picked with a provably fair system. Three simple guidelines are: Deposit, Play and Collect Golden Tickets.

The unprecedented contest was released earlier this year, May 1st. It has since distributed more than 3 million Golden Tickets among users, however, new users can join in now and start their collection of Golden Tickets from the unlimited number available.

“Owning a Lamborghini is a crypto-enthusiasts dream, and we could not think of a better prize to reward our users for supporting the novel technology of cryptocurrency through its ups and downs.”

Playing the Golden Ticket Contest is a simple process:

Freebitco.in also allows users to collect Golden Tickets by buying them. These tickets can be purchased at 25,000 satoshis each. Furthermore, users are allowed to obtain as many Golden Tickets as they wish, to increase their chances of securing the grand prize. Following the conclusion of the contest, a transparent lottery will be drawn for the selection of lucky winner.

With Freebitco.in, anybody can be a winner and bring the Lambo meme to life.

The post Freebitco.in is Giving Away a Lamborghini Huracan in the Golden Ticket Contest appeared first on BitcoinNews.com.