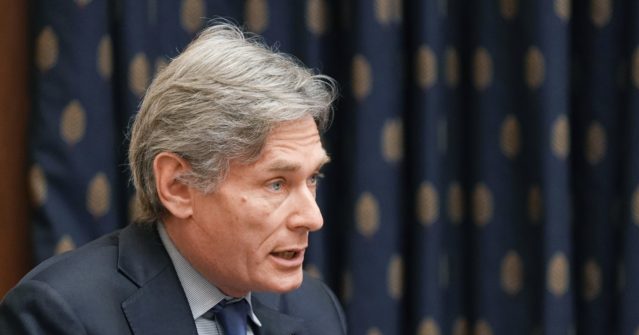 The two wrote that pursuant to the House rules, they “have jointly decided to extend the matter regarding Representative Tom Malinowski, which was transmitted to the committee by the office of congressional ethics on July 23, 2021.”

The release noted that it does not indicate the committee believes Malinowski violated anything yet, but it will investigate the “subject of the matter.”

“The committee will announce its course of action in this matter on or before Thursday, October 21, 2021,” the release said.

1/ NEW: “Chairman and Ranking Member of the Committee on Ethics have jointly decided to extend the matter regarding Representative Tom Malinowski …”

In March, Malinowski received two congressional ethics complaints on dozens of his stock trades which occurred in 2020, in the first weeks of the Chinese coronavirus pandemic. Eventually, he filed them late, which at the time were worth at least $671,000.

In their complaints, the Campaign Legal Center and Foundation for Accountability and Civic Trust (FACT) urged the Office of Congressional Ethics to investigate the congressman’s failure to disclose a significant number of stocks.

In July, the congressman reportedly paused all of his stock trading until he got approval from the House Ethics Committee to put all of his assets into a blind trust after the multiple complaints that were filed against him.

Malinowski “agreed to create a blind trust to forestall any appearance of problems with his personal finances,” the New Jersey Globe stated. Colston Reid, Malinowski’s chief of staff, said, “The account will remain frozen while we are awaiting a vote by the Ethics Committee.”

In August, another report noted that, “in addition to multiple ethics complaints the congressman is facing after failing to disclose hundreds of thousands of dollars in stock transactions, in July,” the congressman also changed his previous disclosure to show some trades that were not reported over two years ago in 2019.

Malinowski also appeared to amend several of the disclosure forms he filed earlier in the year.

Breitbart News has previously reported on the STOCK Act requiring members to file any financial transactions that exceed $1,000 within 30 to 45 days of the transaction from themselves and their spouse. Malinowski allegedly violated this law by failing to make these disclosures.