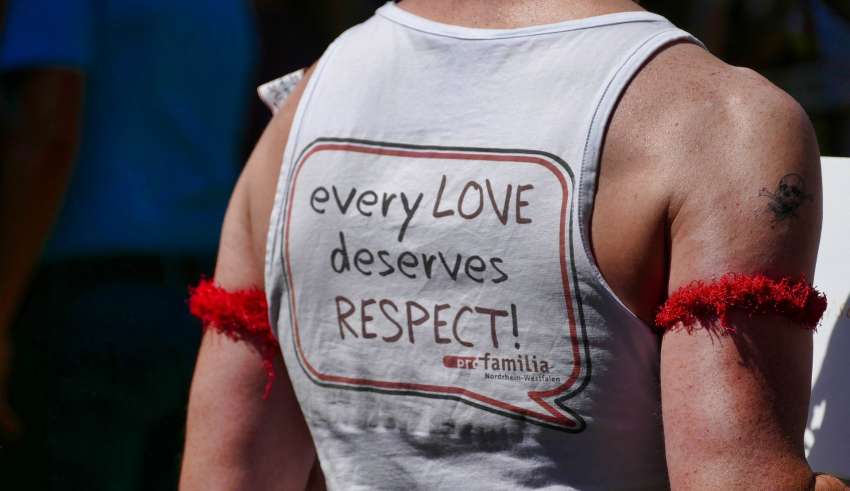 “If someone loves someone they have a right to marry.” – Mildred Loving

Marriage vows and blockchain – you must be wondering what prominence does technology hold in such a scenario. But the reality is that many people choose to record their sacred matrimony on a decentralized ledger — to do away with societal approval and the traditional extravagant marriages.

An important aspect of blockchain technology is to bring about socioeconomic revolutions and provide sustainable solutions to the obstacles that have shaken the integrity of mankind.

Enshrining the right to marry

As of July 2019, homosexuality is still criminalized in 72 countries with some countries, going to the extent of imposing the death penalty for the same. The Jim Crow South Courts endorsed racial segregation and prohibited interracial marriages. One might argue why the government has to be involved in the union of two consenting adults in the first place. Amid the heated discussion, many people have resorted to the decentralized ledger technology… for an eternal marriage record, literally.

Today, the disruptive technology offers a simple and a rather quick way for contractual verification. Ideally, marriage certificates are issued after 10-15 working days. But smart contracts provide an innovative protocol to etch a digital agreement between two parties — without the need for third party verification. Back in 2014, at a DisneyWorld Bitcoin conference at Coins of the Kingdom, David Mondrus and Joyce Bayo, became the first couple to participate in a blockchain marriage.

“Why should the government have anything to say about who I marry or how?”

In 2018, Bitfury’s Alex and Daria got hitched on the Bitcoin blockchain by attaching their marriage certificate to a Bitcoin transaction. Another couple, Vasily Lifanovsky and Alla Tkachenko, based in Russia, were the first in the home country to take vows on blockchain through the MyWish platform.

Couples can also frame instructions as to what actions must be taken during a divorce or death. Once both the partners agree to the divorce, the funds in their Ethereum wallet and other assets are split among them based on the predefined instructions. Considering the emotional toll and tedious procedures of divorce negotiations, blockchain offers a much faster way to end a marriage while cutting down on excessive legal costs.

Walking down the aisle with Marriage Unblocked

Swedish sport’s apparel brand Björn Borg launched their ‘Marriage Unblocked’ campaign just in time for the opening of the FIFA World Cup with the statement: “Opening up marriage for all via blockchain. Because no state or religion should control love. Just like sports, love is for everyone.”

The digital platform can be used to propose, exchange vows and obtain a digital certificate. The encrypted vows stored on the platform are immutable — eliminating chances of deletion by the government or family. The couple can choose to keep the nuptial records public or completely anonymous.

The initiative links back to Björn Borg’s “Love for all” campaign,  a step up towards recognizing basic human rights and celebrating love regardless of sexuality and race.

The first ever couple to tie knots through Marriage Unblocked was Sybille and Alexandra. The couple lives in Switzerland where same-sex marriages are still banned as of 2019.

“We’ve been planning on getting married for a while now but since it’s not legal in our home country, we don’t know if or when that will ever happen. But now we are married, and it feels fantastic. We also hope our blockchain marriage pushes societies to recognize a basic human right — marriage equality.”

The blockchain model offers a quick and cheap alternative to the traditional paper certificates that can get lost or be tampered with.

Titan Seal is a startup involved in making digital certificates a reality. Hunter Halcomb, Department Systems Technician at Washoe County, said that Nevada records about 7,000 marriage certificates per year. The record archive is a whopping 17 billion pages of information. He further stated that the Titan Seal technology will be implemented to seal all the document archives. This will come as a savior in emergencies in case the documents are not accessible due to some reason. In such situations, the tamper-proof documents stored on blockchain come in handy.

On 1 July 2018, Nichole Zhu and Daniel Onggunhao sealed their bond beyond the country marriage registries through the Dapp Forevermore to inscribe their digital marriage certificate on the Ethereum blockchain. The couple got married in two continents and three countries during their travel, but virtually, their marriage was witnessed by over 16,000 Ethereum nodes across the world.

One might raise questions if the blockchain-based marriages are ethical, and will a shift of power and dominance from authoritarianism — although well-intended — really turn out to be the panacea of all the societal issues, or just give birth to new challenges. Regardless, it could certainly provide an approach towards the upliftment of gay and interracial couples – at least until they are accepted to be of the same norms as the other couples and till governments across the world embrace LGBTQ equality because even a single country criminalizing homosexuality is a huge obstacle in the way of humanity and love.

The post Marriage Unblocked Says “I Do” to Blockchain appeared first on BitcoinNews.com.