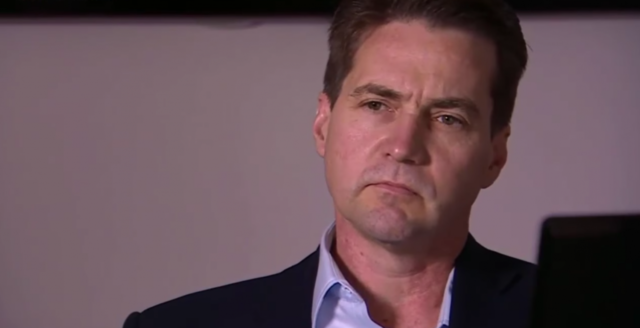 Craig Wright – Hoisted With His Own Petard

The legal notice to Wright’s lawyers is mired in legalese, but still manages to be quite an entertaining read. It states that the contention that Wright has or could suffer serious harm to his reputation is fanciful.

The allegation that he fraudulently claimed to be Satoshi Nakamoto, is purely the result of his own actions. In repeatedly publicly promising and conspicuously failing to provide proof to the contrary, he has built himself a negative reputation.

…within the bitcoin and cryptocurrency sector in particular, the allegation of lying is synonymous with your client and he has no reputation in that respect which can be damaged.

The (Impossibly) Reasonable Way Out Of This

The letter goes on to say that there is a way for Wright to get exactly what he says he has always wanted. McCormack will make a public statement withdrawing his allegations that Wright’s claim to be Satoshi is fraudulent. He will also walk away from the proceedings without any contribution to his legal costs so far incurred.

The kicker? The way for Wright to achieve this is to voluntarily provide the proof, within 21 days, that he and Calvin Ayre say they have. They have said that they intend to provide this proof during the proceedings anyway, and providing them voluntarily now would “avoid the wholly unnecessary costs and delay of litigation.”

However, Ayre tweeted in April that they were “just waiting for a volunteer to bankrupt themselves trying to prove a negative and then letting Craig show the proof.”

McCormack’s lawyer points out that:

It would obviously be highly unattractive for a claimant to seek to pursue a libel claim merely in order to ‘bankrupt’ the defendant… Moreover, that cynical posturing underscores the futility of pursuing the claim when the claimant claims he can readily dispose of the issue of truth.

Not Your Keys, You’re Not Satoshi

Failing Wright’s agreement to voluntarily provide the satisfactory and independently verifiable proof that he is Satoshi, McCormack will apply for the case to be struck out.

There were also questions raised as to what connections Wright had to the ‘plaintiff friendly’ jurisdiction of the UK. In his Particulars of Claim he says that he is ‘based’ and ‘domiciled’ in England, but gives a different address to the one he has provided in his other ongoing legal battle in Florida.

This is the line of defence used by Roger Ver, who had Wright’s defamation case against him struck down last week on these grounds.

Interestingly, McCormack only got into this legal argument after openly inviting Wright to sue him. Wright had previously been targeting community member Hodlonaut, known for starting the Lightning Network Torch. This caused many to react, including Binance CEO, CZ, who delisted Wright’s Bitcoin SV form the Binance exchange.

What do think of these latest developments? Let us know your thoughts in the comment section below!

The post McCormack Vs Wright – You Can’t Harm An Already Bad Reputation appeared first on Bitcoinist.com.