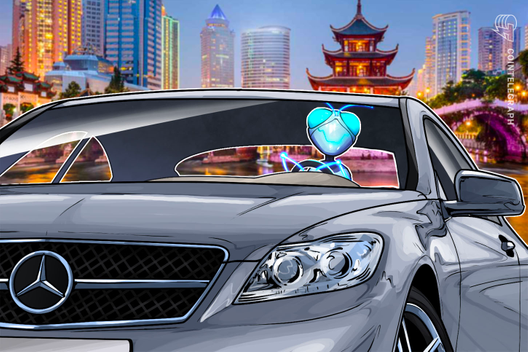 PlatOn shared the news with Cointelegraph on Aug. 29. According to the announcement, PlatON’s blockchain-based Vehicle Residual Value Management Platform can store both static and dynamic data, which will be used to automatically calculate the residual value of registered vehicles over time.

Additionally, the Vehicle Residual Value Management Platform will reportedly be open to the used car market, including entities beyond just BMBS. These other parties include 4s car dealerships — authorized car dealerships in China — as well as vehicle inspection firms and used car owners.

A market with millions of used cars

“With over 6.5 million used cars in China traded in the first half of the year alone, we hope that our collaboration with BMBS will highlight the need for more sophisticated data collection systems to accurately monitor the value of the vehicles comprising China’s substantial used car market.”

As previously reported by Cointelegraph, Mercedes-Benz parent company Daimler entered into a partnership with blockchain interface solutions startup Riddle & Code in July. Riddle & Code set out to create a hardware-based car wallet, per the agreement. Car wallets reportedly have many use cases, including car-sharing, autonomous vehicles and real-time communication of secure traffic data with smart city environments.

The wallet reportedly has a blockchain-based identity feature for cars, which can make them more secure. Riddle & Code CEO Tom Fürstner explained:

“Autonomous cars must behave consistently to be trusted. Cars are already computing devices. A secure identity ensures that the right authorities have approved code executed inside vehicles and the trustworthiness of data exchanged. RIDDLE&CODE secures this with its cryptographic hardware and uses ledgers to turn automobiles into future market places.”