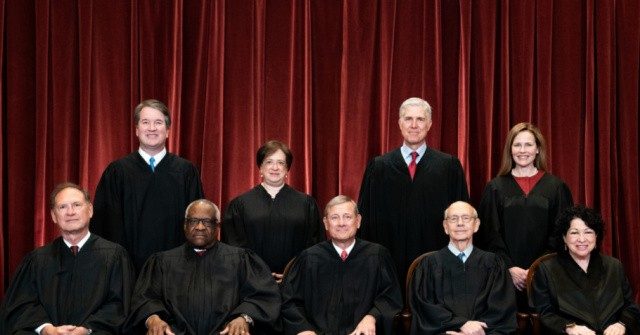 NewsGuard, the establishment “news rating” project that claims to fight untrustworthy media outlets, is cautiously defending NPR as the establishment media outlet continues to claim that U.S. Supreme Court justices Neil Gorsuch and Sonya Sotomayor are at odds over masks, even after a statement from both Justices and Chief Justice John Roberts debunking the story.

On Tuesday, NPR released a story claiming that Justice Sotomayor had opted to work remotely after Justice Gorsuch refused a request from Chief Justice Roberts that all justices mask up when on the bench.

Later in the day, a Supreme Court source told Fox News that neither Justice Roberts nor Justice Sotomayor had made any such request.

This was followed by a rare public statement from Justices Gorsuch and Sotomayor, expressing surprise at reports of a mask dispute between the two. Public statements from Supreme Court justices are not common, as the court tries to stay out of the media except when its rulings are reported on.

NEW: A statement from Justices Sotomayor and Gorsuch:

“Reporting that Justice Sotomayor asked Justice Gorsuch to wear a mask surprised us. It is false. While we may sometimes disagree about the law, we are warm colleagues and friends.”

A statement from Chief Justice Roberts was the final nail in the coffin for NPR, denying the claim — central to NPR’s story — that the Chief Justice had requested his colleagues on the bench mask up.

“I did not request Justice Gorsuch or any other Justice to wear a mask on the bench,” said Chief Justice Roberts.

MORE JUST IN on Maskgate, this time from the Chief Justice: “I did not request Justice Gorsuch or any other Justice to wear a mask on the bench.”

Despite the total breakdown of the initial story, Newsguard refuses to make any judgments on NPR’s reporting, arguing that the situation is still unfolding.

Prior to the statement from Chief Justice Roberts, Newsguard maintained that the facts of the story were still unclear.

“There are two conflicting reports, one from NPR and one from Fox News, both citing anonymous sources,” said Matt Skibinski, general manager of Newsguard. “It’s hard to say anything definitive about either report without more information.”

However, even after all three Justices named in the story – Gorsuch, Sotomayor, and Roberts – made public statements debunking it, while NPR refused to issue a correction, Newsguard maintained that the story was still unfolding.

“We’re keeping an eye on this story,” said Skibinski. “The back and forth about the facts is still ongoing. As noted previously, we’re monitoring to see how things unfold.”

Allum Bokhari is the senior technology correspondent at Breitbart News. He is the author of #DELETED: Big Tech’s Battle to Erase the Trump Movement and Steal The Election.