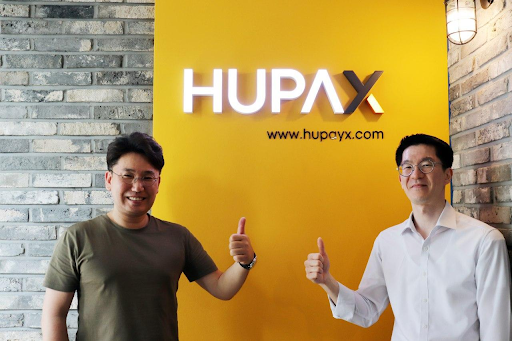 Cryptocurrencies are a great way to pay. Even with the notorious fluctuation of their value, they are increasingly being adopted and used. One of the biggest issues that cryptocurrencies face as adoption is their inability to be used in day to day life. Stores and merchants have started to accept digital currencies, but they are still limited in number.

HUPAYX is a South Korean crypto payment processor that is working against the resistance cryptocurrencies face in day to day utilisation. The team understood that for acceptance of cryptocurrencies as payments, it was imperative to have merchants on board. Most importantly, the team realized, it needed the support of traditional PoS service providers. The platform has pushed this concept and is connecting with various stores and merchants all over South Korea. It has created its own network of merchants and stores under the name of Alliance Group.

This effort was made possible through their collaboration with KIS Information Communications, one of the largest VAN and merchant PoS terminal organization that serves 2,000,000 users. Now, thanks to the agreement, HUPAYX offers crypto users the ability to pay with their digital coins in more than 400,000 stores in South Korea. The merchants will now accept cryptocurrencies as payments in industries that include tourist markets, duty free shops, grocery stores and many more.

Using its unique alliance and relationship in the industry, the HUPAYX platform is a payment processor that can help on board a broad range of services and companies in its platform.

HUPAYX has an extensive plan to expand its services in more than 1,000,000 stores by the end of this year. With another agreement with LG U+, it will accelerate its deployment of PoS system and bring merchants on board. LG U+ is a subsidiary of LG Group that serves wireless internet and other internet related services to over 15,000,000 people and organizations in the nation.

The Human Plus team, the brains behind the HUPAYX platform, said:

“We believe that some of the key partnerships we did reflects not only on HUPAYX potential, but also in trust and technological advantage we possess over our competitors”

Merchants can use its H-PoS to accept cryptocurrencies easily. The payments are transacted in 3 to 6 seconds with other benefits such as low processing fee and automatic tax returns. The HUPAYX project is expected to launch its pilot system between Q3 and Q4 of 2019.

HUPAYX is a South Korean payment processor that leverages the power of blockchain to deliver a payment service that is secure, fast and transparent. The platform offers its own wallet with multi crypto support and QR code integration for easy payment and NFC card pairing option.

For more information on the cryptocurrency payment processor, visit their website: http://hupayx.com/eng.html

The post Pay Easily in 400,000 Stores with Crypto in South Korea, Thanks to HUPAYX appeared first on BitcoinNews.com.