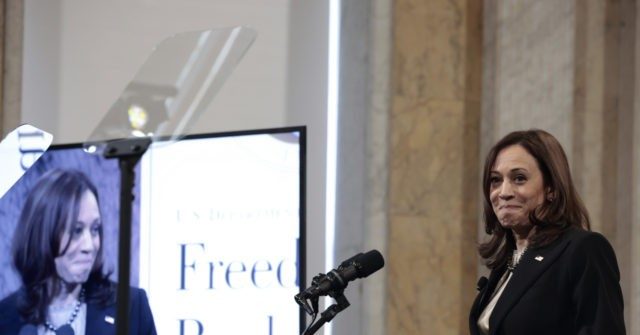 Vice President Kamala Harris and the White House have announced that American corporations and other groups that have signed on to her “call to action” to stop the ongoing surge of migrants from Central America by pouring money into the Guatemalan, El Salvadoran, and Honduran economies.

“As part of her role addressing the root causes of migration from Central America, Vice President Kamala Harris announced seven new commitments as part of the Call to Action she launched on May 27 for businesses and social enterprises to make new, significant commitments to sustainably address the root causes of migration by promoting economic opportunity,” the White House announcement said.

“The Vice President announced these new commitments during her closing remarks at a virtual event co-hosted by the State Department and the U.S. Chamber of Commerce, in collaboration with the Partnership for Central America, drawing over 1,300 business, government and civil society leaders from across the region and the United States, to encourage more companies to respond to the Call,” the announcement said.

Here are some of the entities named in the announcement:

“The administration welcomes additional commitments to participate in this initiative and promote economic opportunity in northern Central America,” the White House announcement said.