2019 has been largely regarded as a year of the bulls after collective bullish sentiment drove major cryptocurrencies to a price hike. Besides the bull run, stablecoins were also a major topic of discussion as the community’s attention were grabbed by the Bitfinex-Tether fiasco and the launch of Facebook’s Libra.

Other than the aforementioned virtual assets, established coins like USDC, DAI have started to pick up pace in the markets. 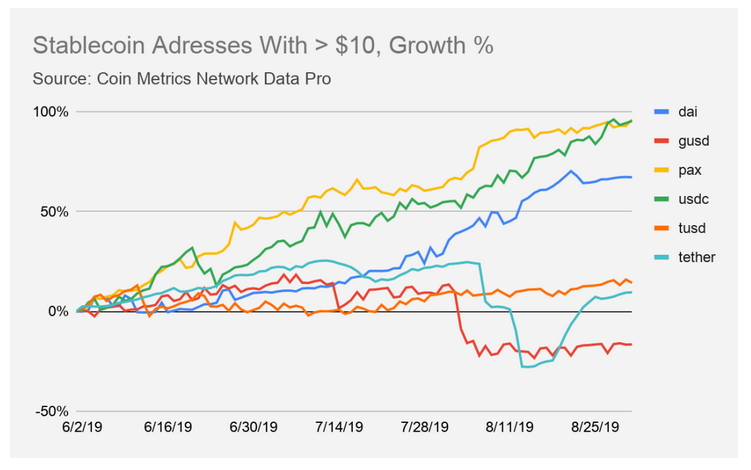 According to a stablecoin review report released by Coinmetrics.io, the likes of USD Coin [USDC], Paxos [PAX] and DAI all registered positive growth over the last three months. It was reported that the aforementioned stablecoins had a substantial increment in the number of addresses holding a minimum of $10.

Tether, which is the largest stablecoin in the ecosystem, and TrueUSD, recorded an average performance and Gemini Dollar [GUSD] suffered a decline.

The report suggested that the $10 cutoff was only taken as a temporary unit of measurement as it was low enough to chart out both retail investors and large enough for a non-active account. 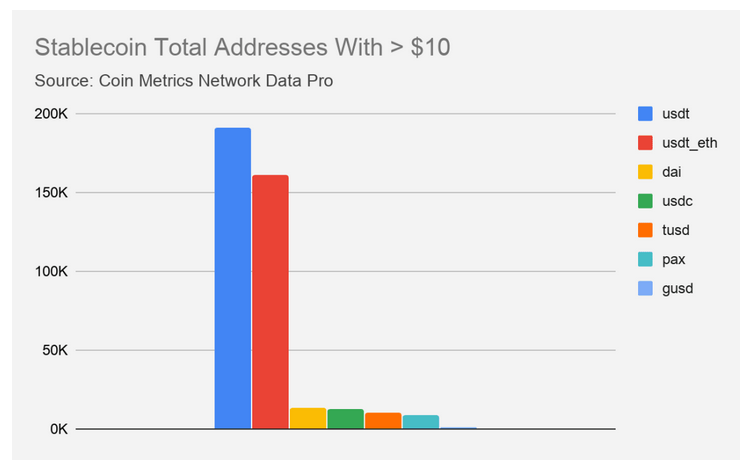 Even though Tether registered only moderate growth, it was still the most used stablecoin in the ecosystem. PAX, DAI, and USDC were gaining popularity in the space, but the total number of addresses holding atleast $10 in their accounts was still dominated by USDT and USDT-ETH. 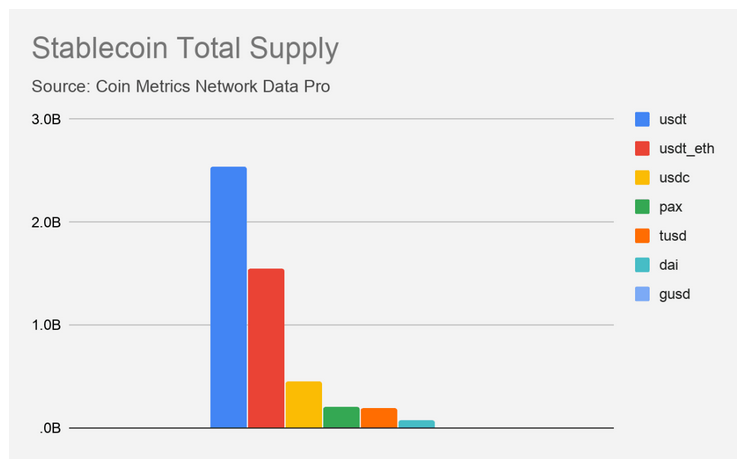 Total supply was another key metric of measurement which was again dominated by Tether in the industry, according to the above charts.

Another key observation that was revealed by the report was the price stability of stablecoins. The report stated,

“This is an important consideration for stablecoins, since the price should ideally stay stabilized. DAI, GUSD, and Tether all experienced relatively volatile periods over the last three months, while PAX and USDC were more stable.”

The post Tether records moderate growth in addresses with $10; dominates supply rate over other stablecoins appeared first on Bitcoins Channel.