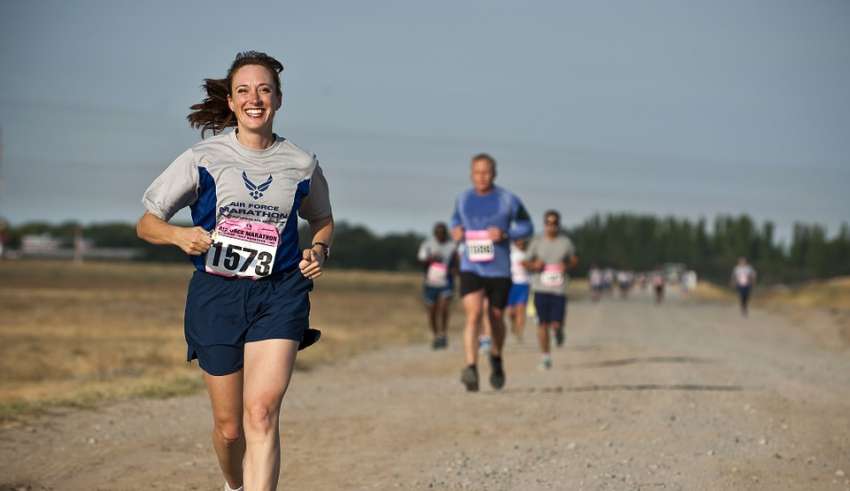 Obesity, meaning that a person has so much excess body fat that it causes health problems, has become a global pandemic. According to World Health Organization (WHO) data, as of 2016 there were 2 billion adults who are considered overweight, and 700 million of these adults are obese. The overweight and obesity rate in children is rising even faster, and in 2016 there were 340 million children who were overweight and obese. At this point obesity is a serious disease since it can lead to diabetes, cardiovascular diseases, sleep apnea, cancer, osteoarthritis, and depression.

This global obesity pandemic can be explained by a tremendous increase in the food available to people, while simultaneously careers and lifestyles have generally become more sedentary. In the distant past, people had to work hard to farm and hunt their own food, which resulted in people only eating what they needed and exercising hard to get the food.

Today, people can go to the grocery store and simply buy the food they want with money; these are often loaded with sugar, carbohydrates, and fats. Also, numerous modern-day jobs are in the office or on the internet and provide little exercise, and then when people go home for the day, they watch television.

Sweatcoin is trying to tackle this global obesity pandemic by paying people cryptocurrency for each step they take. This is made possible by the fact that most smartphones already have software and hardware to track steps via an internal accelerometer and gyroscope. Essentially, a smartphone can estimate the step frequency with an algorithm that compares the speed of motion and the accelerometer signal.

For every 1,000 steps a person takes, they earn 0.95 Sweatcoins, with 0.05 taken as a commission by the developers. This creates an interesting paradigm where people can constantly earn money as they walk or run, and also represents a unique way to ‘mine’ coins, versus standard mining algorithms which depend on computer processing power or network participation.

One issue was how the step counter on a smartphone can easily be fooled by shaking the phone, or even building a device which constantly moves the phone up and down. The developers overcame this problem by integrating GPS data. By comparing GPS data to the step counter data, it can be seen whether a person is sitting in one spot and trying to cheat the system, or if they are actually walking outside. The caveat to this is that only 65% of all steps counted by a smartphone are counted on average by Sweatcoin, and this is on top of 21.5% of steps which are not counted by smartphones, to begin with, according to a study. Also, no indoor steps are counted at all, even if someone is legitimately exercising on a treadmill.

However, it is better that Sweatcoin counts fewer steps than are actually made, instead of counting more steps, since this lowers the number of Sweatcoins that are mined and gives Sweatcoin more value.

Aside from walking and running, users can earn Sweatcoins by referring friends and family, and earn 5 Sweatcoins for each referral. This increases the amount of people using the app, which is actually positive since a scientific study found that Sweatcoin is improving the health of users.  Out of 6,000 Sweatcoin users analyzed in the study, the average amount of steps, which can be correlated to physical activity, increased by 19.5% over a 6-month period.

The $1,000 prize that would take tears to obtain

Users then redeem their Sweatcoins for various rewards. Some do seem to be advertisements in disguise and require credit card information and a subscription. Other products available for redemption are a calming app for meditation and a weight loss challenge book, which is in-line with Sweatcoin’s objective of fueling a healthier lifestyle. Also, there are various charities that users can donate their coins to, such as one which is making freshwater and solar power available to villages in Tanzania. This creates an interesting new paradigm where people can give to charity simply by walking.

It is certainly very interesting that actual money is earned for each step a person takes when using Stepcoin, but how much effort would it take to earn the $1,000 reward?

Earning 20 Sweatcoins per day requires 21,050 steps, which is somewhere over 10 miles of walking or running outdoors every day for 2.8 years to earn the $1,000. This task is probably impossible for most due to work and family responsibilities, but if someone managed to do that many steps then they would likely have extremely good health, which is far more valuable than the $1,000 incentive.

Unfortunately, the membership tier caps make it impossible to run or walk a great distance and earn the $1,000. Indeed, Sweatcoin is designed to promote sustained healthy behavior instead of one great marathon to earn $1,000.

It would take over 10,000 miles of walking to earn the reward, which is equivalent to walking from Boston, Massachussettes to San Francisco, California, essentially across the entire continental United States from the Pacific to the Atlantic Oceans, between three and four times. Essentially, maybe only Forrest Gump could have managed to earn the $1,000 reward in one shot if there were no daily cap.

In order to overcome the great amount of time and effort it would take to earn the $1,000 reward, Sweatcoin users would pool their Sweatcoins together and each earn a fraction of the $1,000 reward, similar to the concept of Bitcoin mining pools. However, this required sending Sweatcoin to a trusted user, and apparently, so many scams occurred that the developers disabled sending and receiving Sweatcoins, making pooling no longer possible.

It is important to note that Sweatcoin is not yet a cryptocurrency and has no blockchain, although the developer’s long term goal is to make Sweatcoin a full-fledged cryptocurrency at some point. Indeed, it already has most of the infrastructure it needs to function, and adding the cryptocurrency component of it would be quite simple. At that point, Sweatcoin would be exchangeable for major cryptocurrencies like Bitcoin and Ethereum on cryptocurrency exchanges. It will then be possible to slowly save up Bitcoin by simply walking, and it is perhaps possible that it would gain value long term, which has been the case for most fundamentally unique cryptocurrencies.

Also, now that the idea is out there, perhaps someone could launch a real cryptocurrency based on the Sweatcoin idea.

Therefore, in the not so distant future perhaps millions or billions of people around the world will have an app like Sweatcoin, decreasing the obesity rate around the world and giving people the opportunity to earn some income simply by exercising more.

The post The Crypto Tackling the Global Obesity Pandemic appeared first on BitcoinNews.com.